The last time we saw a “card crafting game” it was Mystic Vale (also from AEG) and we were pleased with the product. Well our buddies at Dragon’s Lair Comics & Fantasy knew that we liked that one so they brought over a new one with a slightly different twist – check out Custom Heroes:

Custom Heroes is a set building game using cards of different values. The basic concept is that each character card has a value and you’re trying to dump all your cards before another person does. The lower the value, the faster you’re going to want to get rid of the card because once a card is played with a higher value, lesser value cards can’t be used anymore. Simple right?

So the catch is that as you play you also earn power resources that you can use to upgrade the hero cards in your hand. “But how do you upgrade cards? Aren’t we going to have to reshuffle?” Yes – but Custom Heroes gets around this by having clear, plastic cards and card sleeves as part of the game. Below are example cards – now, these are also sneak peeks so they don’t have numbers on them. But they have those white circles on them: 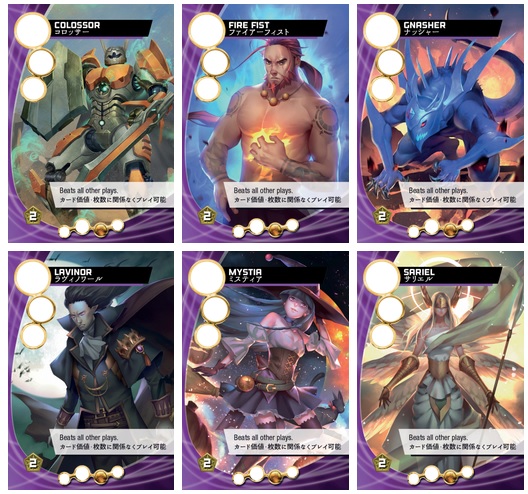 When you play an upgrade, it typically increases the value of the card – and that upgrade fills up one of the slots on the card. All the art is designed so that whatever the upgrade is, it all “fits” and looks like a new “custom” hero – get it?! 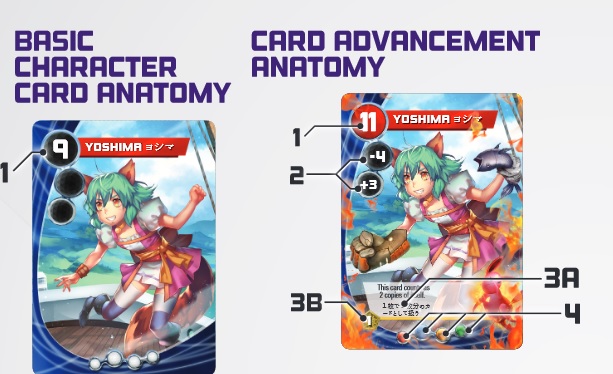 The more powerful your hero gets, the more points it’s worth to play – plus it blocks lesser cards from being played. It’s a balancing act of trying to dump your hand quick and having high-value cards as well. It’s a really simple game concept, but it’s really fun and easy to learn. Plus, it’s entertaining to see what crazy weapon combos you’ll end-up with. If you’re interested in reading the rules for yourself you can find those HERE.

Custom Heroes does a really good job of utilizing AEG’s Card Crafting System. I think it’s done in a great way that adds to the game instead of just making it a “gimmicky thing the game does because it’s a gimmick.” The art work adds to the appeal and the way they managed to make all those weapons and bonuses fit also adds a lot to this game visually. If you’re looking for a card game that is easy to learn and different that a typical LCG/CCG then check out Custom Heroes! 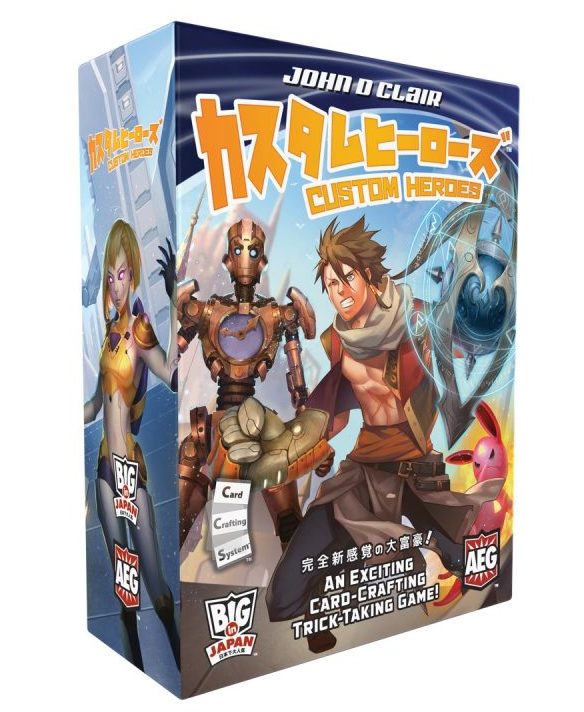 Custom Heroes is a fast-paced, strategic game of set building and strategy. Similar to Diafugo (aka The Great Dalmuti, etc.) the objective of the game is to get rid of all your cards faster than your opponents. You can play sets of cards that have the same or greater value and the same number in the set as the previous player, but you have to balance the use of high value cards vs. the risk of getting stuck with low value cards in your hand as other players finish before you. 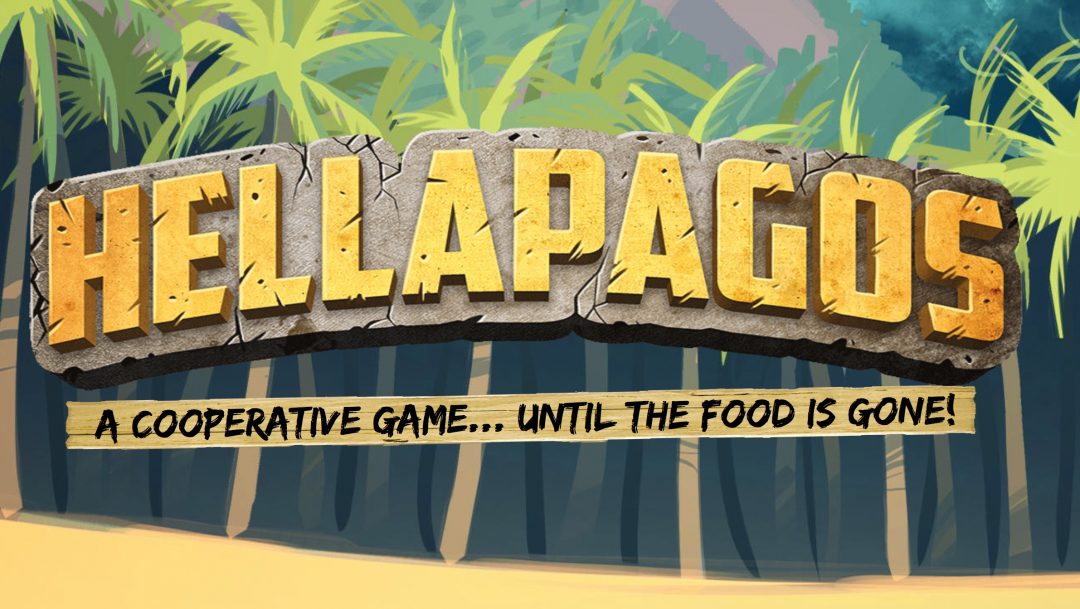