Can you navigate your civilization through the complex tech tree and claim victory? Check out Innovation Deluxe!

Our friends at Dragon’s Lair Comics & Fantasy always have an eye out for great games with flashy boxes and Innovation Deluxe hits both those marks:

At it’s core Innovation is a card game where the players have to make choices that will impact how their particular civilization develops. Before we get into that let’s talk about the victory conditions as those will help inform some of the mechanics. There are two ways to win the game. The first way to win is have the most points by the end of age 10 – this typically doesn’t happen but the game can run this long. The second way to win is to amass achievements – this varies based on the number of players. The achievement win is much more common.

So how do you score points and claim achievements? Well for that, let’s take a look at the one of the cards: 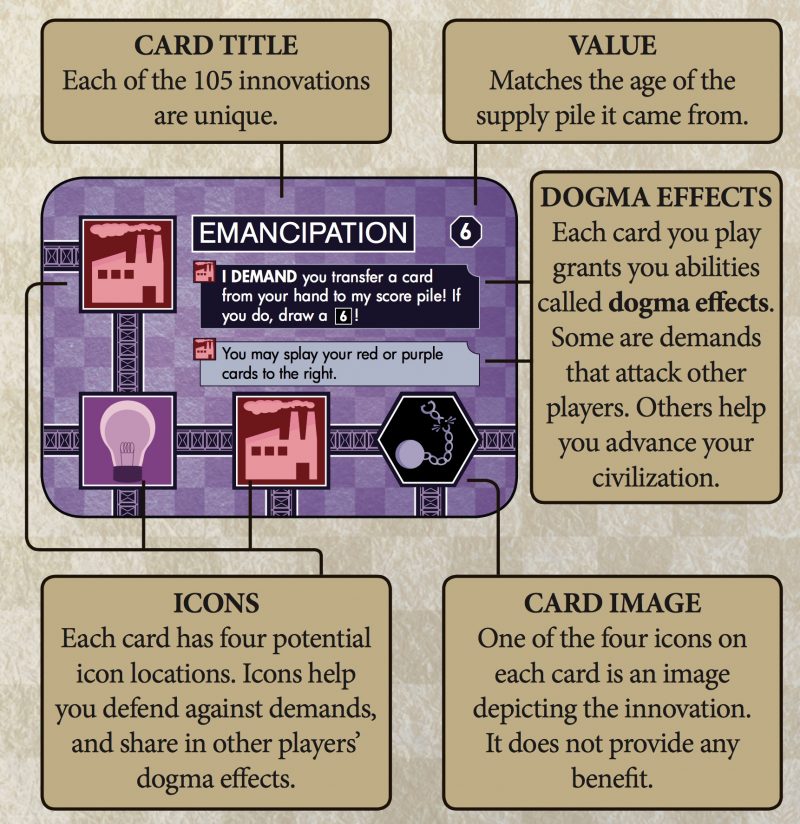 During your turn you’ll have 4 actions: 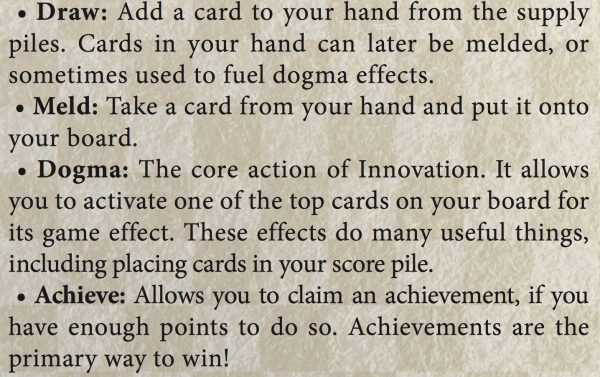 The entire concept of the game is to play cards on your “board” and activate their Dogma abilities. These abilities will help your civilization grow and prosper. They can also attack your opponents which can slow them down and help you gain an advantage. The core mechanics of the game are pretty simple, but it’s the card interactions that add a lot of complexity to the game. In fact, when you first start playing, it’s probably easier to just focus on the cards you are drawing and get the hang of those before worrying too much about your opponents – save that for the next game! 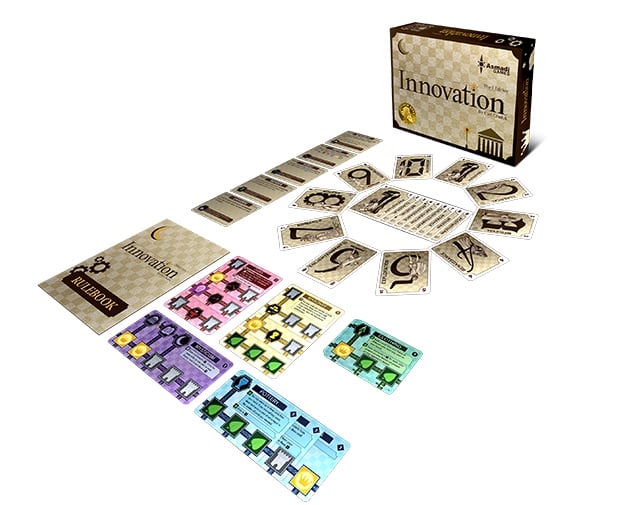 In the Innovation Deluxe box, you’ll get all the current expansions with updated art. Plus the box looks pretty slick as well. Innovation is one of those games that is easy to get the basics of but difficult to truly master. It’s great for family game nights or more competative game nights with your “hardcore” gamer friends. If you’ve ever wanted a game that takes a game like Sid Meier’s Civilization’s tech tree and focused on that, you’d have Innovation.

If you’re curious for more, you can check out the full rules for Innovation right HERE. Innovation Deluxe is out now and available at your FLGS so go check it out and see if you can lead your civilization to innovative victory! 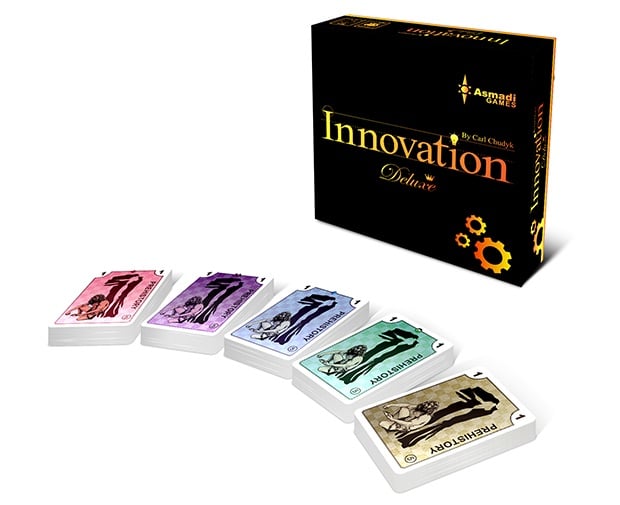 Innovation is a civilization-building card game that focuses on the ideas and inventions across the ages. There are no maps or battles to fight, and your success is determined by clever use of the special powers granted by the innovations you choose to play. Each of the 105 cards has a unique effect, which can vary from drawing new cards from higher ages, to scoring points, to even demanding other civilizations surrender their innovations to you!

It’s basically ‘the tech-tree game’ but way more fun than that sounds.