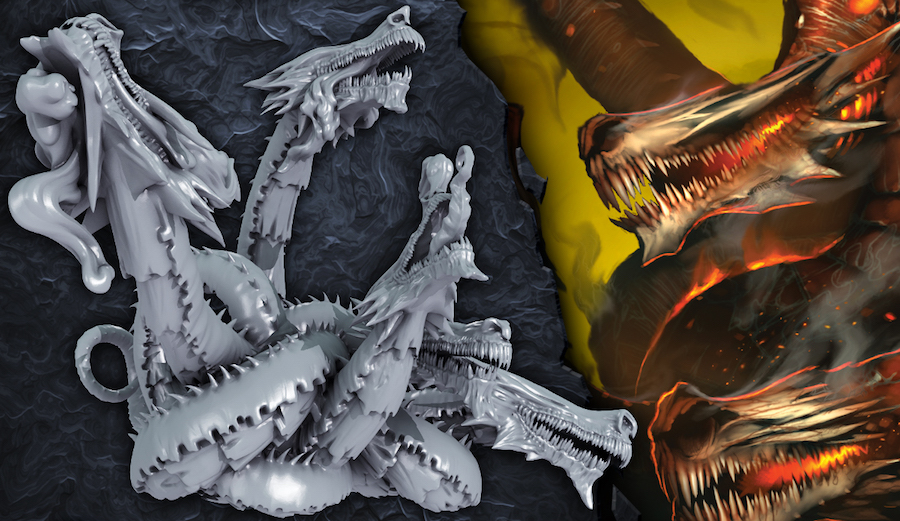 Goryshche is a creature that has inspired many a dragon and hydra that was slain by fire thousands of years ago. Her body was recovered by the cultists of the Burning Man and through arcane rituals brought back to life. Not only did they return her to life, they improved her by instilling her with the Burning Man’s fire and resurrected her multiple times so she consists of multiple creatures. 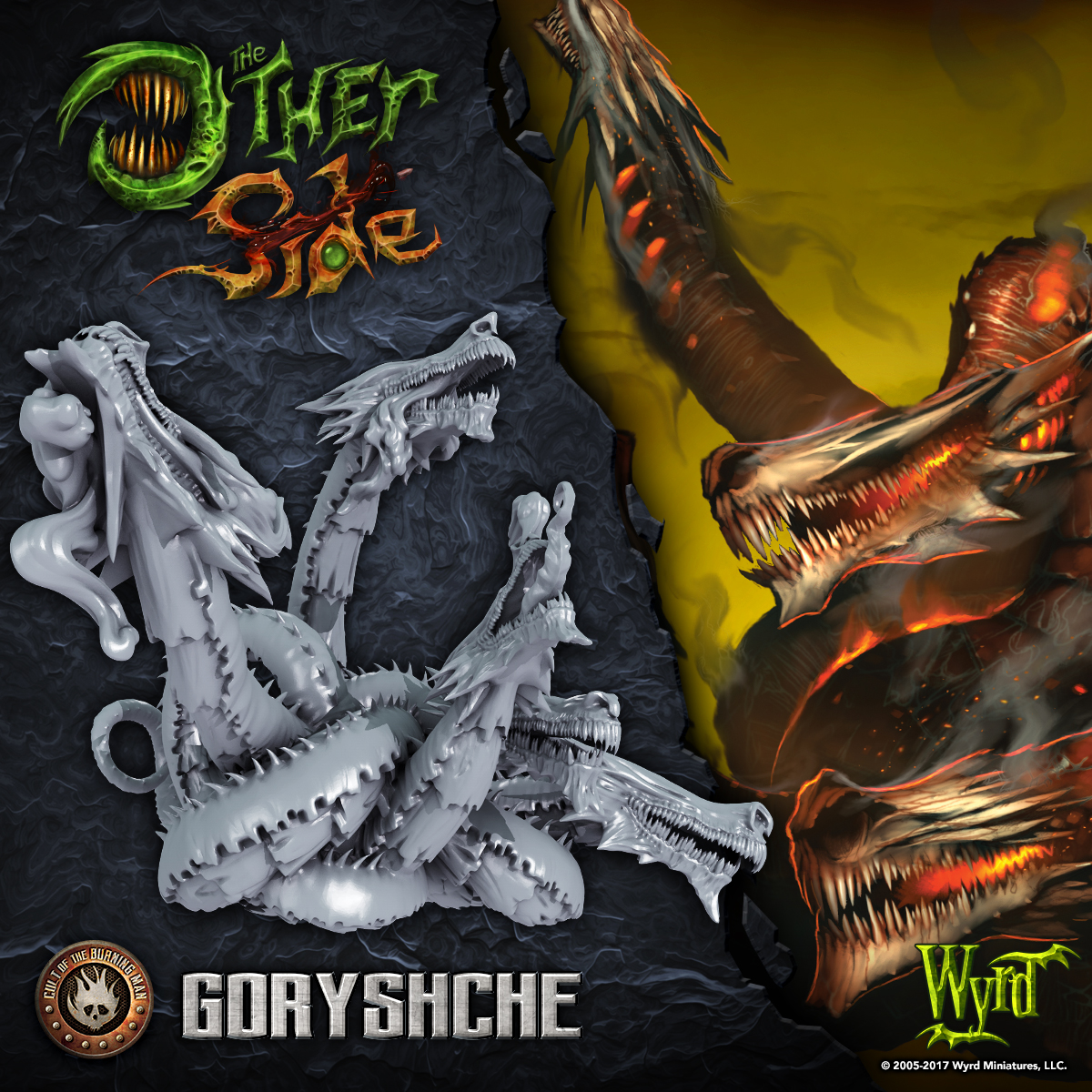 On the table, a Goryshche has low Armor but is capable of repeatedly Attaching Assets to herself, making her quite survivable.

Where Goryshche really shines, however, is in melee. The Hungry Maw Action is quite potent, and when combined with a multitude of Snapping Head Assets, a Goryshche quickly becomes an unstoppable killing machine.

Getting the most out of one of these Titans usually involves clever Asset management and hitting the opponent from an unexpected direction, as they cannot sustain any sort of sustained, focused assault.

Learn more and discuss on the Wyrd forums!

Author: Mars Garrett
Pop culture editor and writer that has been on the BoLS team since 2010. Contributor on the One of Us podcast. Marvel, Vertigo, and dystopian sci-fi fan. Enjoys bad movies, amazing stunt performances, and the internet. Hates rom-coms. (she/they)
Advertisement
Malifaux Miniatures Wyrd
Advertisement

Wyrd: Guild Investigator has Something to Hide 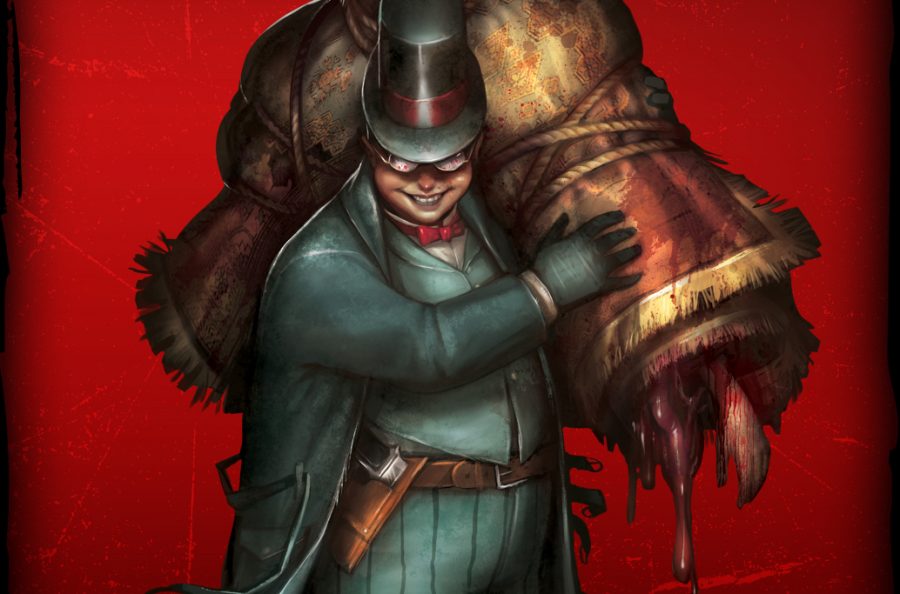