Carnifex variants are returning in the upcoming Tyranid Codex–two have been sighted in White Dwarf.

That’s right. With the Craftworld Codex good and released, it’s time to turn our attention to the tendrils of the Great Devourer, and there’s some fairly exciting news on that front.

In GW’s latest White Dwarf preview, creative writing manager for GW’s design studio, Jes Bickham gives us a preview of the upcoming Codex with a page straight out of the book. An old familiar face makes a reappearance as we get to see none other than the Screamer-Killer roaring back into the fray. And alongside that we get mention that all those Carnifex bits will have purpose again, as well as the mention of a second ‘genofixed variant,’ the Thornback. So it looks like the Niddex will be getting some beefy brawlers and anti-infantry attackers. Let’s dive in.

There’s more – if you prefer your battles on a larger scale, November’s White Dwarf looks at the latest iteration of the Tyranids, catching up with the Design Studio’s Jes Bickham for a detailed preview of the new codex. From the return of the Screamer-Killer Carnifex to new mechanics and more, if you’re a loyal servant of the Hive Mind, then this should give you plenty to get your teeth (or feeder tendrils!) into. 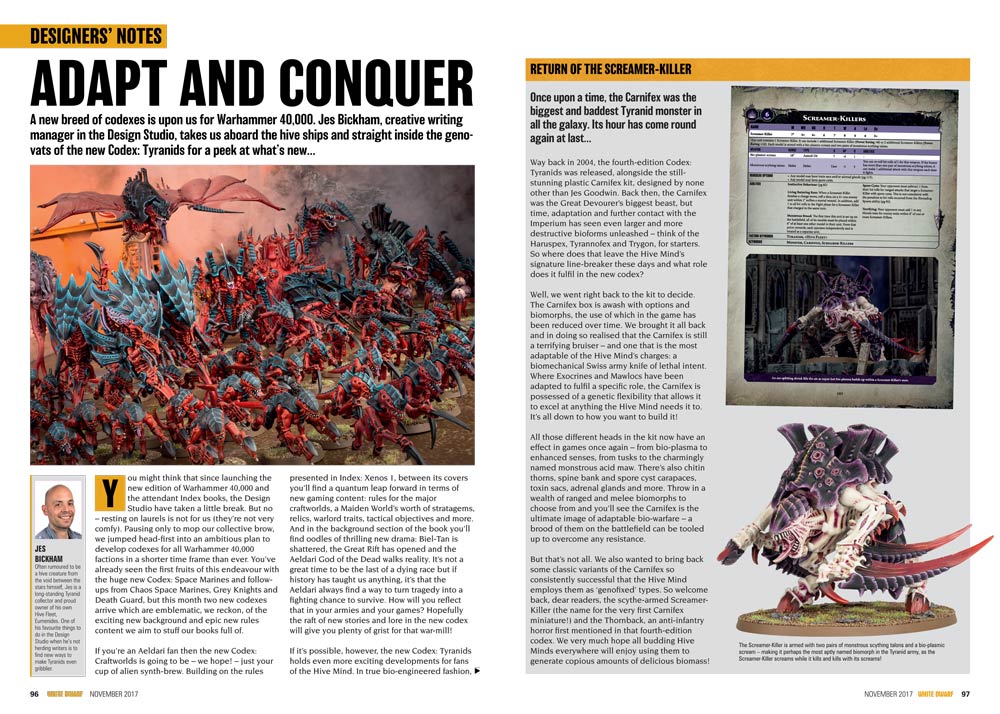 Pretty exciting stuff–it sounds like they want to see Carnifexes be a multipurpose tool again, with their old kit options getting rules. In the article, they call out enhanced senses, bio-plasma, tusks, the “charmingly-named monstrous acid maw,” alongside chitin thorns, spore cyst carapaces, toxin sacs, adrenal glands, spine banks, and more. That’s a good deal more than the Carnifex has in the index, with just toxin sacs and adrenal glands in its current entry.

Plus there’s “a wealth of new ranged and melee options.” What that actually means is anyone’s guess, but, at the very end there they mention the Thornback. And if they’re bringing back those 4th Edition favorites, who knows what else we might see? 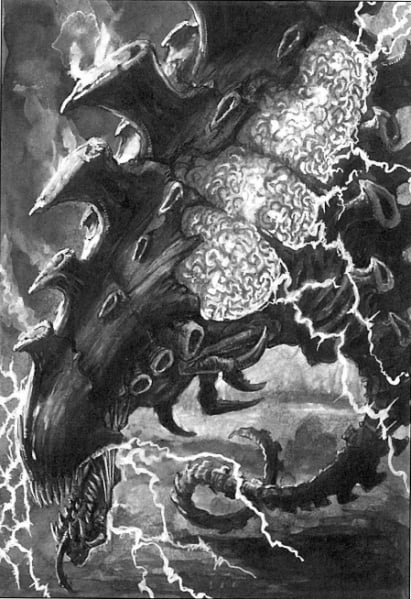 The Red Terror and Old One Eye are already in the index–could we be about to see a return of things like the Doom of Malan’tai or the Parasite of Mortrex? Time alone with its terrible curse will tell, but, for now we’re pretty excited around the office. As the saying goes, we just want to predigest this book with acidic spores, so its biomass can be harvested and repurposed for the good of the Hive.

What classic Nid would you want to see terrorize the tabletop again?