The Screamer-Killer was teased by GW and now a clean version of it’s rules have been spotted!

Tyranid Players, I hope you’re as excited as I am! The Screamer-Killer is back and it’s looking MEAN and ready launch Bio-Plasma at a deadly new range: 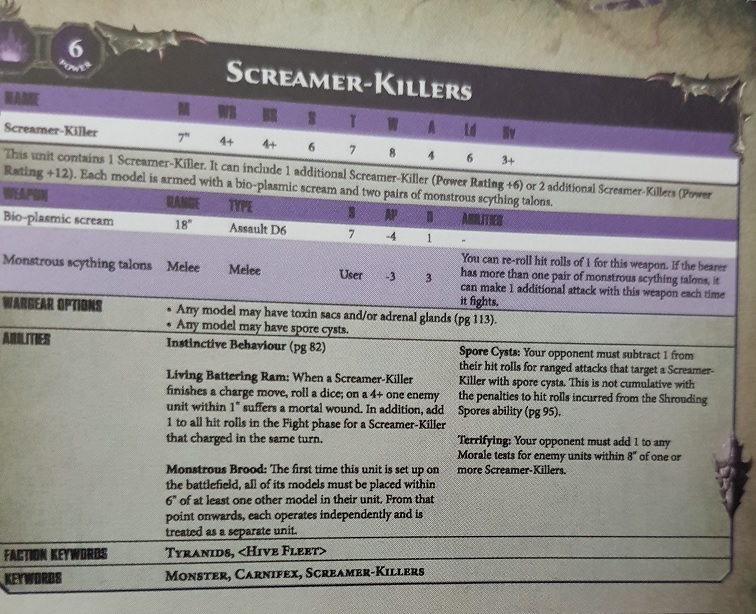 This picture is apparently take of the rules from White Dwarf

For comparison sake, here’s the old (current?) Carnifex rules from the index: 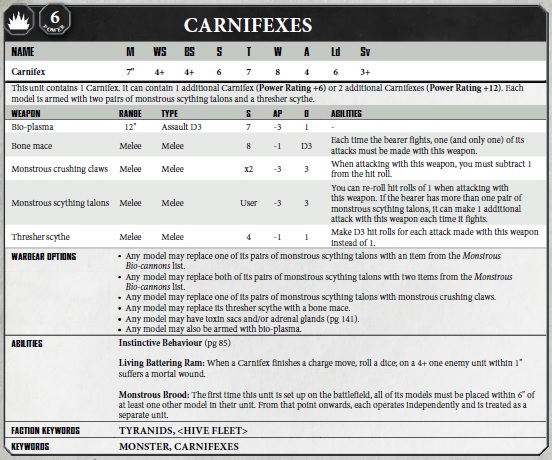 So let’s break this one down.

Wow! -1 to be shot and +1 on the charge!? AND it can spew it’s Bio-Plasma 18″ and it’s deadlier!? Sure, it’s only BS 4 so if you’re advancing and shooting you’re only hitting on 5’s. Still, it’s nice to at least have the option and it’s D6 shots. But really you just want to get this Carnifex in there and rip it’s target to shreds.

On the charge this thing is getting 5 attacks that hit on 3+ and at S6, -3 AP and each does 3 damage. I’ll take it! I just hope the Tyranids will have a better way to get these guys across the board besides running…but even if they do, that -1 to hit really will add up.

Who’s ready to say hello to our new Alien Overlords? The 4 Armed Emperor is coming…