Goatboy here, back from the Iron Halo tournament. Here are some of the things I saw kicking butt and and crushing opponents.

I got back from the Iron Halo on Sunday night.  I had a lot of fun, learned some new things, and even ended up in 5th place in the end.  They had 100 people signed up for the event and most made it there.  I think there were 2 places left which might have gotten filled up.  Overall it was a good event and continue to show some of the 8th issues we see in the current crop of heavily competitive events.  Here are some of the things I saw, utilized, and crush opponents with. 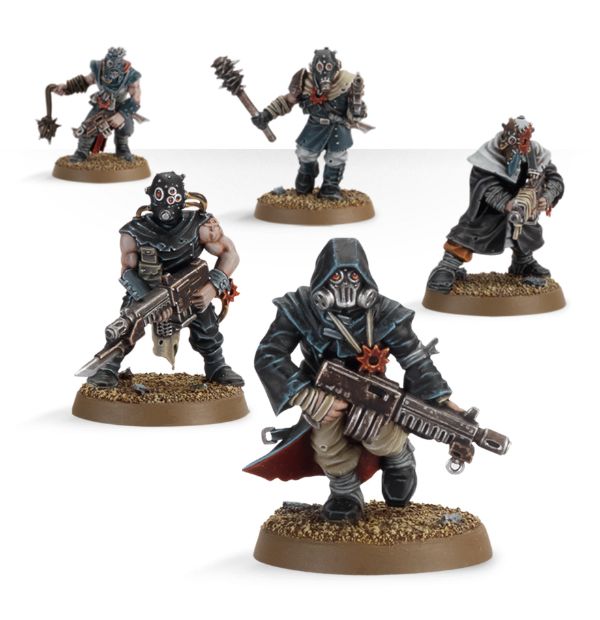 Welcome to the New Meta

Hordes, Hordes Everywhere. First of all – the games were heavily dominated by Hordes mixed with either Smite Spam or heavy damage dealing monsters.  Whether its was blobs of cultists shackled to an Iron Warriors “leader”, Conscripts controlled running man style, or just tons of tiny fire daemons the top tables were crushed by bodies.  I think a lot of 8th is defined by having good board control with ways to mitigate opponents damage.  I don’t see this changing at any point as the AM book is coming out and it continues this trend of boots on the ground mixed with hyper efficient damage dealing.  Most of the Chaos armies were either Brim based on Cultists based and usually had Magnus or some other kind of super heavy.  I played a Brim based on with a Lord of Skulls in place of Magnus and more reliance on Daemon Princes versus Sorcerers and counter assaulting Khorne Berserkers.

All Hail the Malefic Lord. I think the most seen model on the table top is one that doesn’t have an official one.  There were so many Malefic Lords on the tables.  Heck I played 3 and killed a crap ton during most of my Chaos match ups.  A 30 points smite bomb is just way to good to pass up – especially if you want to get ahold of Magnus and an extra Command point.  Overall I didn’t see a ton of Command point usage beyond the normal – Tide of Traitors and some reroll usage.  I used Daemonforge every game as it let my Lord of Skulls normally kill whatever it shot at – or at least wound the heck out of it when it came to double moving, getting close, and murdering Magnus.  Hopefully the rumored changes coming with Chapter approved will help curtail this constant barrage of counts as models, weird conversions, and just really craptastic army crutch building that is the Malefic lord.

Elites are Having Trouble. It seemed Elite armies just couldn’t hang with the amount of smites, bodies, and big monsters coming for their smaller units.  I know Elite armies are easier to play but it really looks like for any large scale event you should keep them at home.  The damage output, mortal wound output, and footprint of most competitive armies just wrecks your chances to get in and cause any type of decent damage.  I really want good elite army to come out as it would help get some people involved as it is usually cheaper, easier to handle, and helps you figure out the game.  Will see if there are some good Death Guard smaller scale armies that are not just waves of Poxwalkers backed by gross task masters. 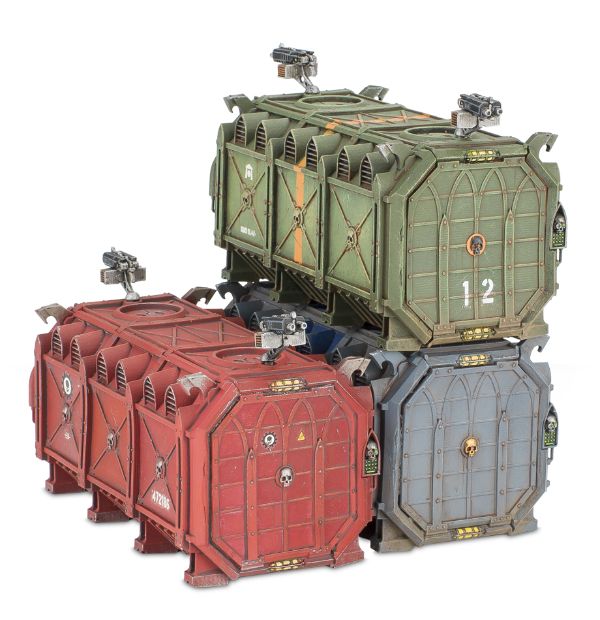 buy LOTS of these…

Overall the Renegade mission format I preferred over the ITC current crop of missions.  I know they are working on changes to the ITC ones and so while my annoyance has merit I don’t expect it to stay.  The gang over at Frontline understands that people want more options and abilities to play and win the game.  I have only been exposed to the Nova missions once and liked it for the most part.  I feel with more chances to play this and everyone else looking at working together will make for a better set of events and missions.  Who knows Chapter Approved might have some really swell missions in it too.

The terrain was pretty good with most tables having decent line of site blocking terrain.  I helped with a ton of tables there and I think the push for simple “shipping” crates for most tables helps give events the ability to have decent terrain on the cheap.  I don’t know if we need 4 tall stacks of them – but at least the ability to cover a unit from the threat of massed reroll shots and damage an army an throw out is a good thing.  Plus it creates more options to move, get involved in the battlefield, and hopefully makes for an interesting game.

I still have high hopes that 8th will settle down a bit and let everyone have a chance to win on the table top.  There will always be better choices out there as is the nature of any massively large game with a plethora of playing options.  It would be one thing if we only had 2 armies – but with as many as Warhammer has access to will always have the issue of a few armies being better then some of the other ones.

~What are you seeing rising to the top of 40K in your neck of the woods?

Author: Thomas / Goatboy
Thomas Reidy, aka Goatboy, the ever-evil member of BoLS. I do arts, play 40k, and even paint a lot of stuff. I have been playing Warhammer 40K since the 1990s, and have won multiple national events including Adepticon and GW GTs. I've been writing for BoLS for 15 years. Look at my Instagram to see what I am working on - or working on for someone. I am always doing something hobby related.
Advertisement
Rules Tactics Warhammer 40k
Advertisement

How Good is Codex Astra Militarum - Maybe the Best