My First (Real) Board Game 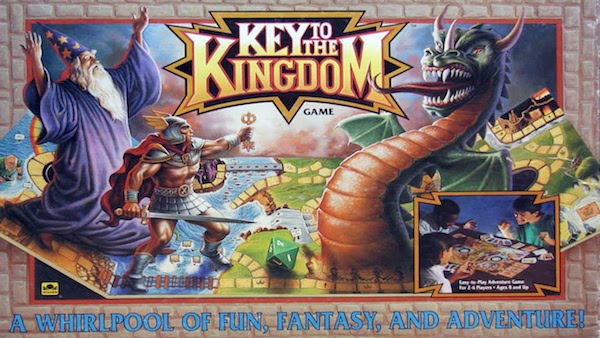 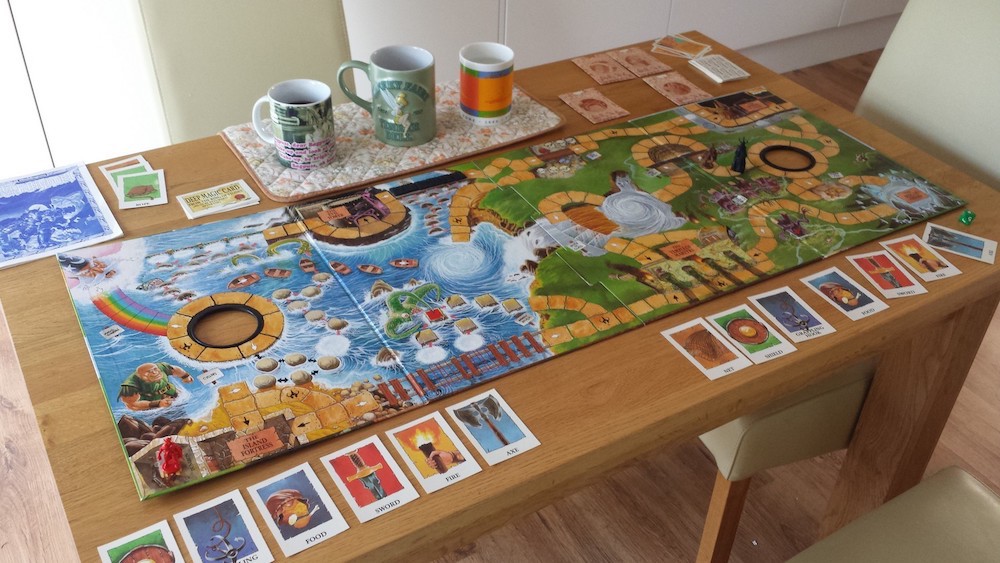 Everyone’s favorite hobby starts somewhere. Mine started with a very special key, a cobra and a hatred of Voodoo Specters.

The year of 1992 was a strange time. The Mall of America opened its doors to the public, the people took a new ear to the song Stuck In the Middle With You, and the world just couldn’t lie about how much they loved big butts. In the midst of it all little me was watching the brand new channel, Cartoon Network. It was during the commercial breaks in those cartoons that I saw an ad for something that confounded me.  It said it was a board game, but it didn’t look anything like that board games I had played. No properties to fight over, no chutes to slide down, and no amount of sorry would send you back to start. No, this game was different. And like most things in the 1990’s, the advertisement for it was SUPER RAD!

The game was Key To The Kingdom and it blew my mind as a kid. I had never seen a board game like this before.  Although, to be fair, there weren’t nearly as many “modern” board games as there are now. For those of you who have never heard of Key To The Kingdom, first my condolences, second, let me welcome you to this glorious game of sword, sorcery and nostalgia.

Key To The Kingdom is a dice rolling, exploration, hand resource management game set in a fantasy theme. Players explore the game board, rolling a die and moving that many spaces various branching paths. Sprinkled throughout the board are various Hazards that players will have to overcome to progress forward. Hazards range from ice bridges to rainbow bridges, tiger pits to snake pits, and magic circles to magic wizards. To overcome the hazards, players will have to use the equipment cards combined with luck of the dice. However, the hazards are only a small part of the game. 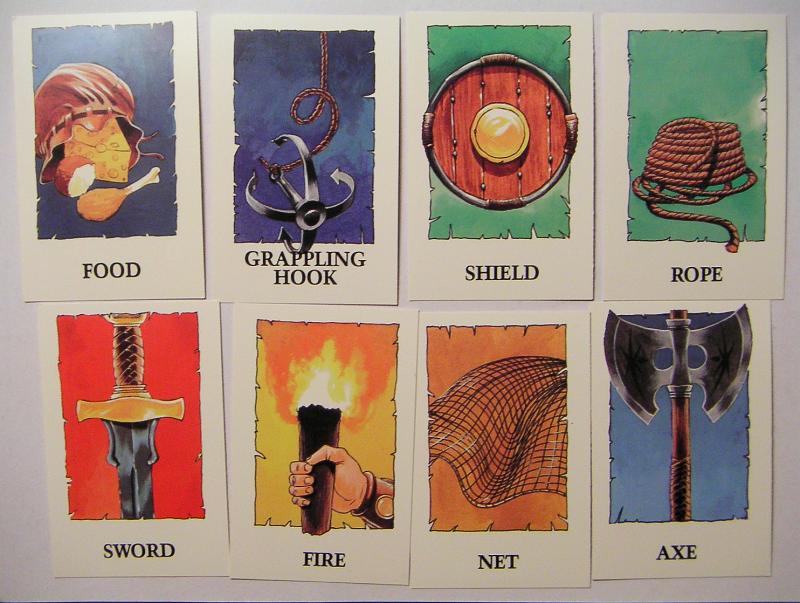 The main object of the game is to explore the dungeons. The game has 6 dungeons, each housing a random monster and a random treasure. Dungeon monsters are hugely varied in the methods of defeating them. Some require nothing more than rolling not 1 on a d8. Others require you to discard a certain equipment card and roll a specific number in a limited amount of rolls. And finally, some monsters are literally impossible to beat (Avoid the Voodoo Specter at all costs). If successful, the player acquires the dungeon’s treasure card. Defeating the dungeon allows you to take the treasure card of that dungeon. Once a player has found the Key to the Kingdom and one other treasure card, they can escape the kingdom and win the game!

Overall, there are plenty of games that do what Key To the Kingdom does and does it better. However, Key To The Kingdom will always hold a special place in my heart for being the first game to introduce me to the idea that board games could be so much more. In fact, I ended up buying 2 copies of it as a kid. I lost the d8 the game comes with. I had never seen a d8 and I thought it was a rare and unique die which could never be found anywhere else other than another copy of Key To the Kingdom, so I used my allowance to buy a second copy just for a second d8.

The game’s main attraction is the fact that the game board can fold out to reveal an expanded board underneath, allowing players to jump into magic whirlpools and potentially crush other players in the collapsing world. As clever of an idea as that is, it doesn’t really add a whole lot to the game, but it is very cool and fun nonetheless.

I played the heck out of Key To The Kingdom growing up, but my time with it did wane and it would be many years before I rediscovered modern board gaming with Settlers of Catan in college. Since then I’ve found a hobby I love and spend a lot of my time and money on. I’m glad to see how far board gaming has come over the last 25 years and what is on the horizon.

~What your first “real” boardgame that hooked you good? Be honest.