We have some gorgeous new Death Guard Miniatures done up in Old School Style.

Painted up by the incredibly talented Aventine, we’ve got some of the new Death Guard gang on display. 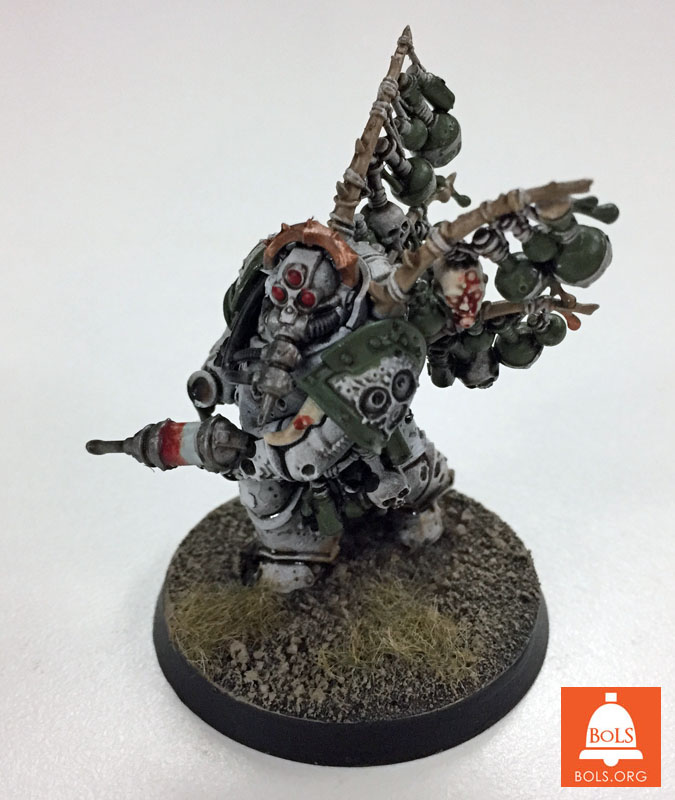 First up is the Biologus Putrefier, the Death Guard’s master of grenades and disease and diseased grenades. His needle is full of blood, and his plague grenades full of sneezes. There’s no hiding the changes he’s going through, though he is still wearing armor dating back to the Heresy in classic green and white. 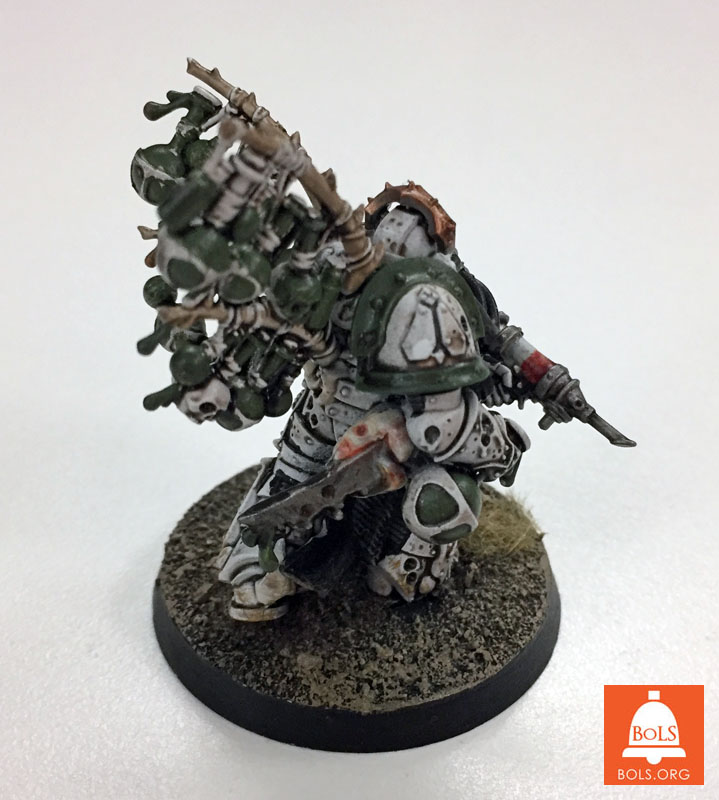 You can really see both the putrid sores and the bone. But take a look at these other plague pals.

Although now that I’ve said it out loud, Plague Pals sounds like some kind of grim dark money sending website. 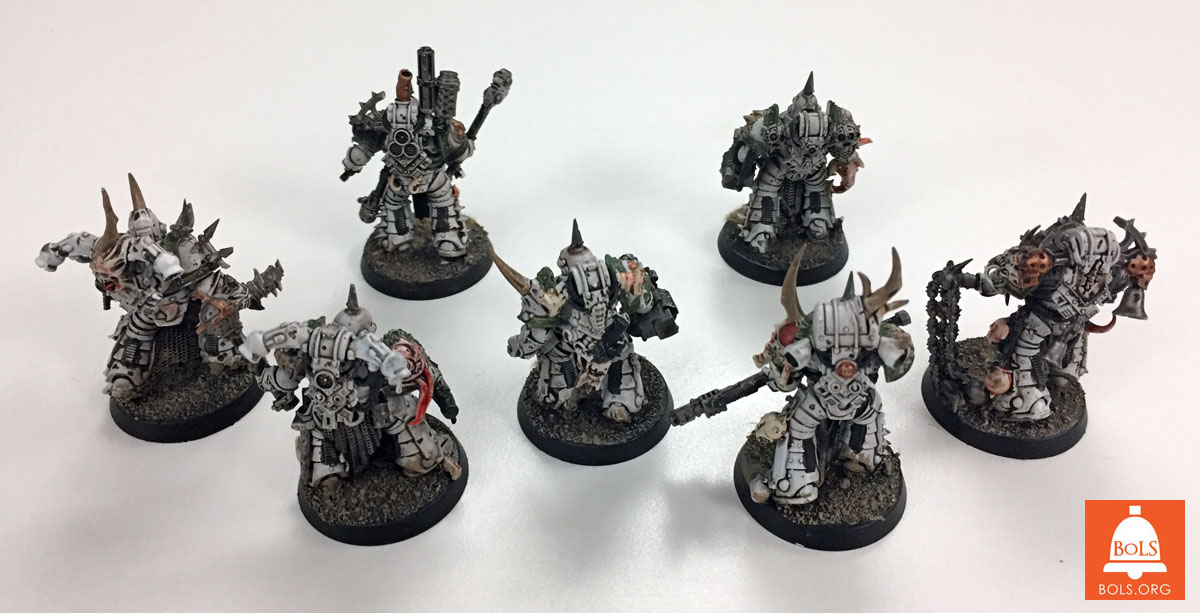 Then there’s the eerie, masked faces of the Deathshroud. 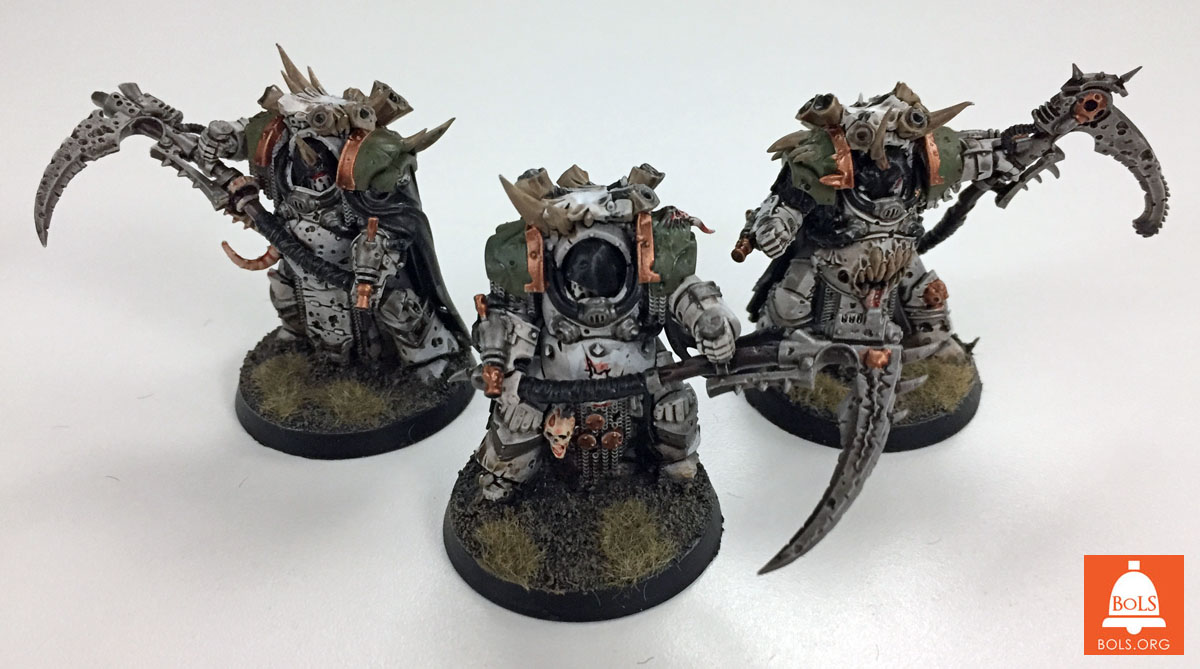 Pretty sure you can actually feed that gutmouth on ol’ righty, over there. I think these ones might be done of my favorite models–their armor looks so weathered, so damaged–you can tell when they’ve taken the hit for Mortarion. 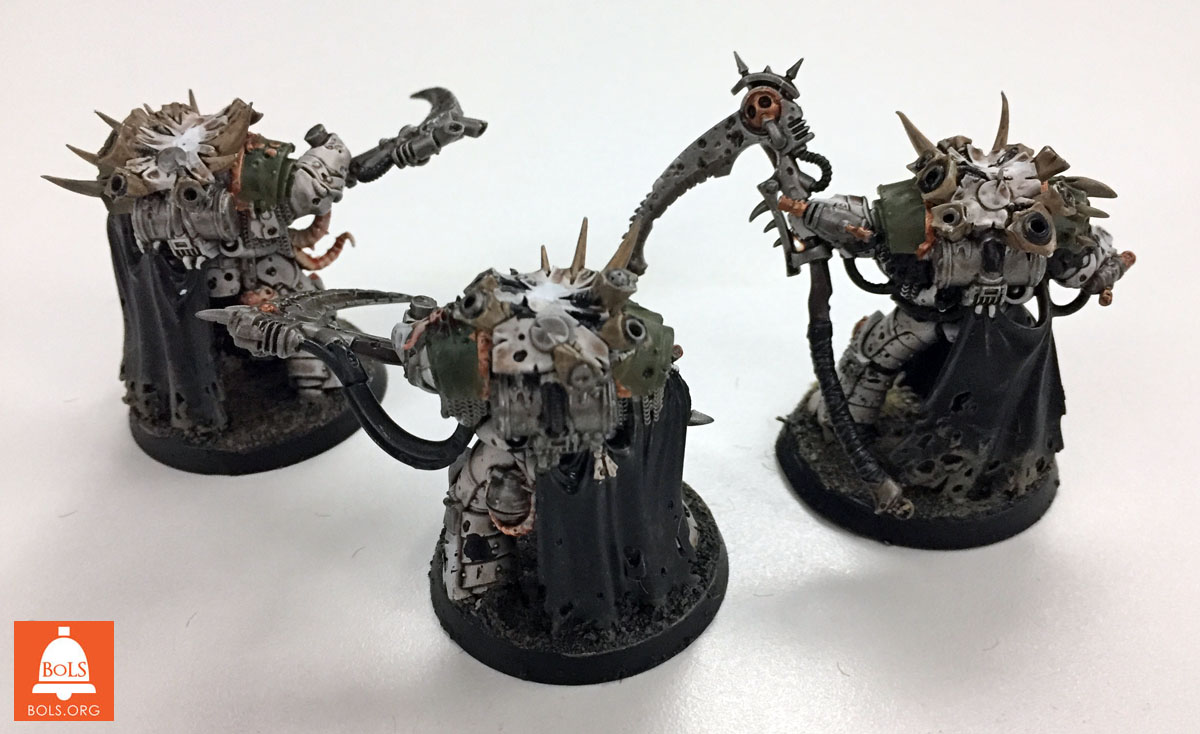 Then there’s the blight boys. 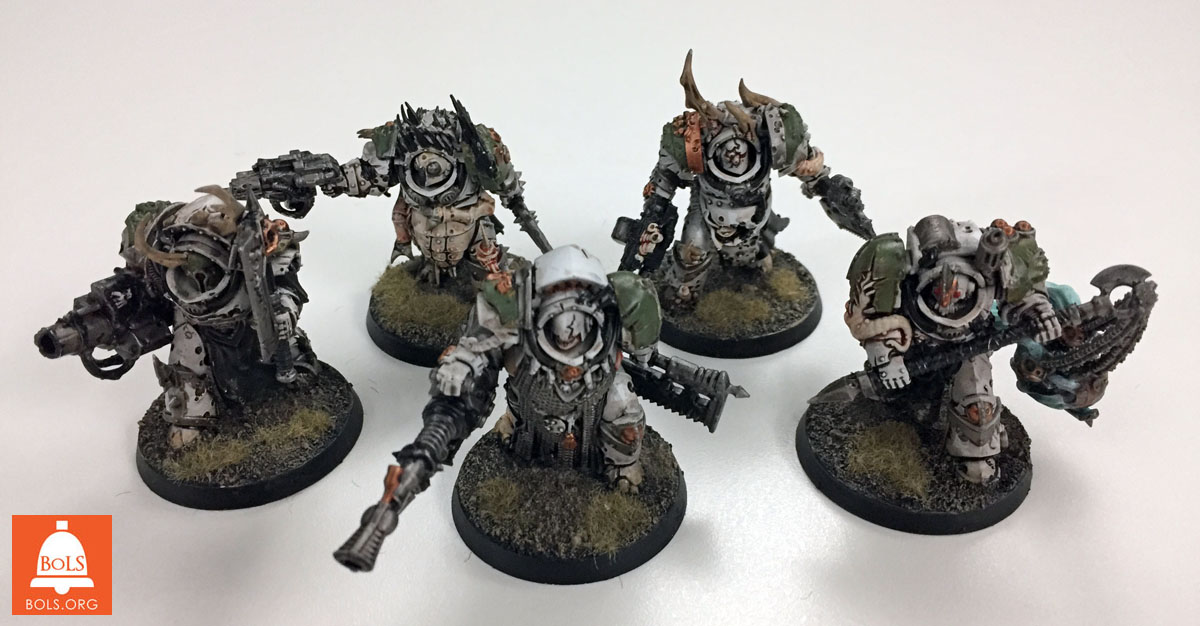 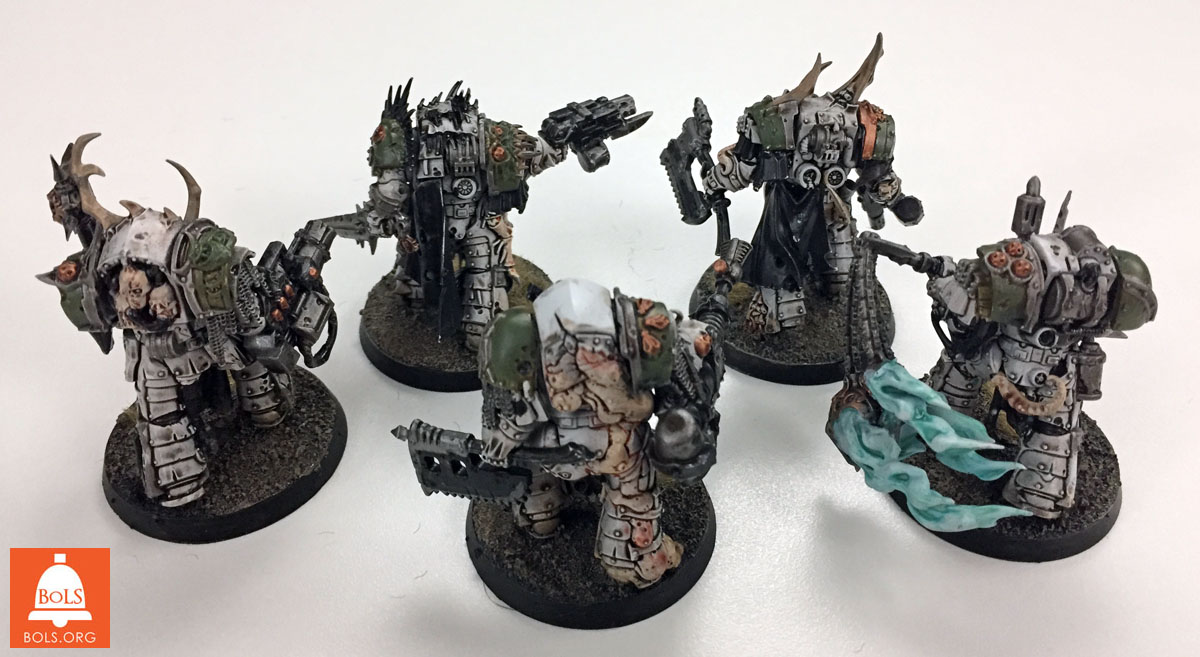 These guys are grisly. Whatever else you may say about them, they’re definitely much more organic than the other models. Loads of flesh and bone and gore.

Of course, the real strength of the Death Guard is how efficiently its special characters (like these guys) can boost the rest of your army up. The biologus putrefier will doubtless have your opponent a little shocked with all of the grenades you’ll be hurling. 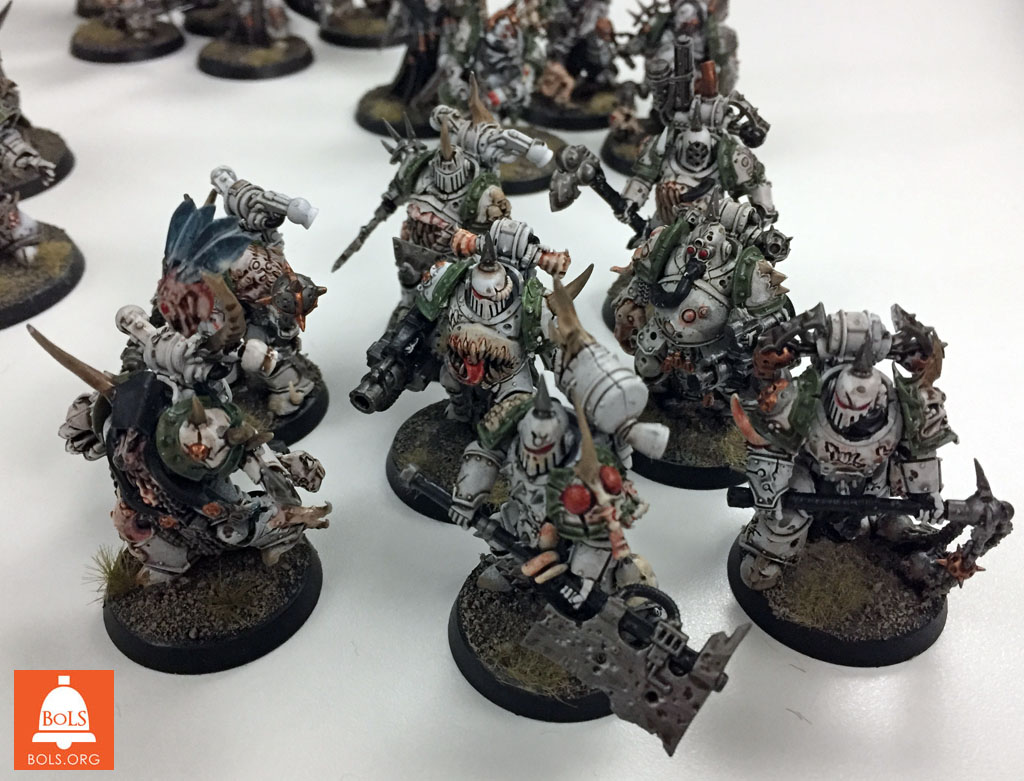 Anyway, old school, Heresy-Era Death Guard are the best–and this bunch was masterfully painted, so please enjoy the rest of the gallery, and if you wanna see these guys in action, be sure and tune in for them to make an aspartame on our Twitch Steam in the near future. 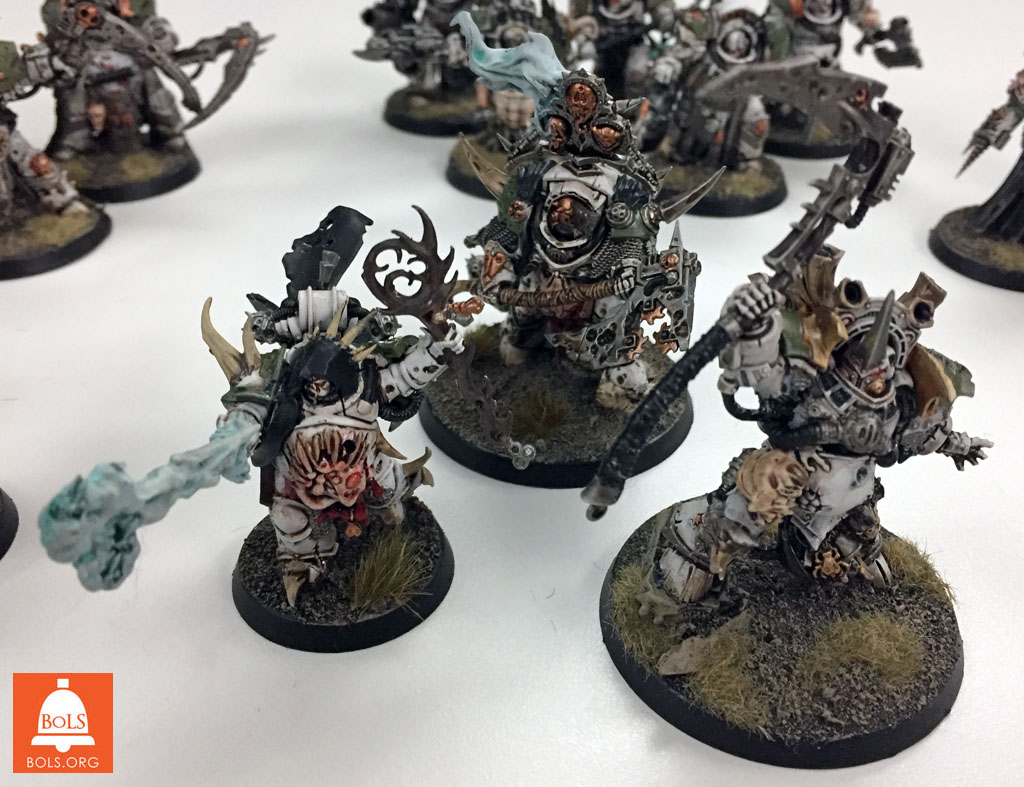 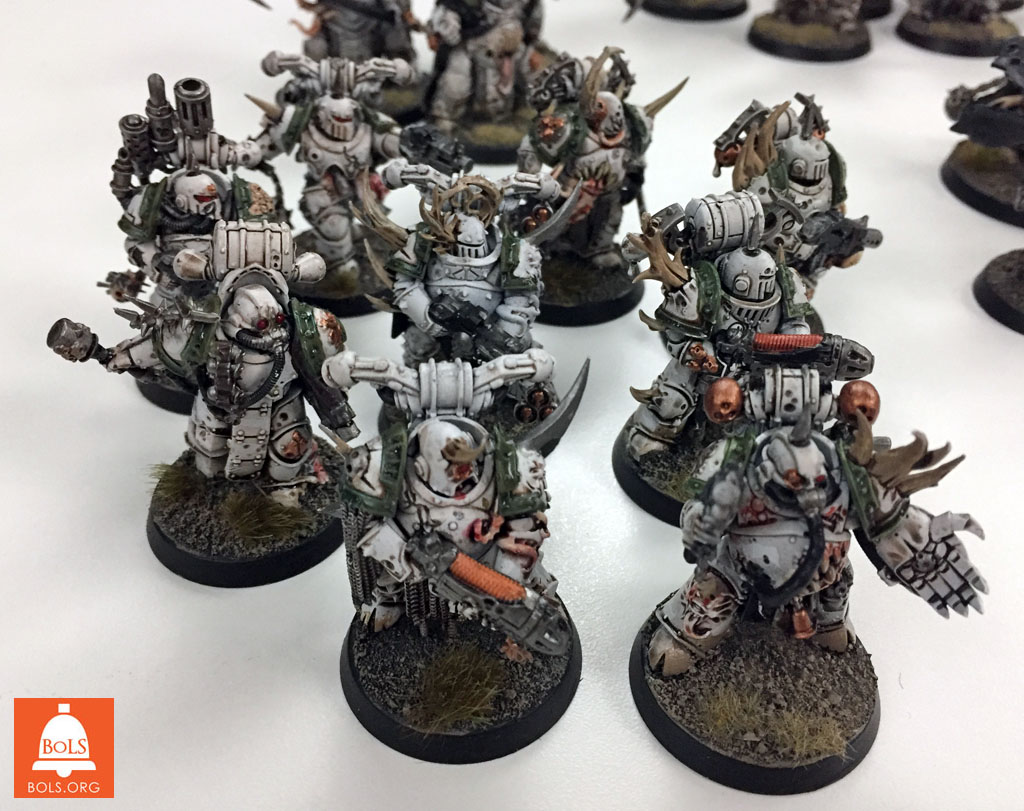 Well, that’s about it for our old-school take on the new models. Hope you enjoyed!

Say what you will, every model in the Death Guard army is at the very least worth a…shot. 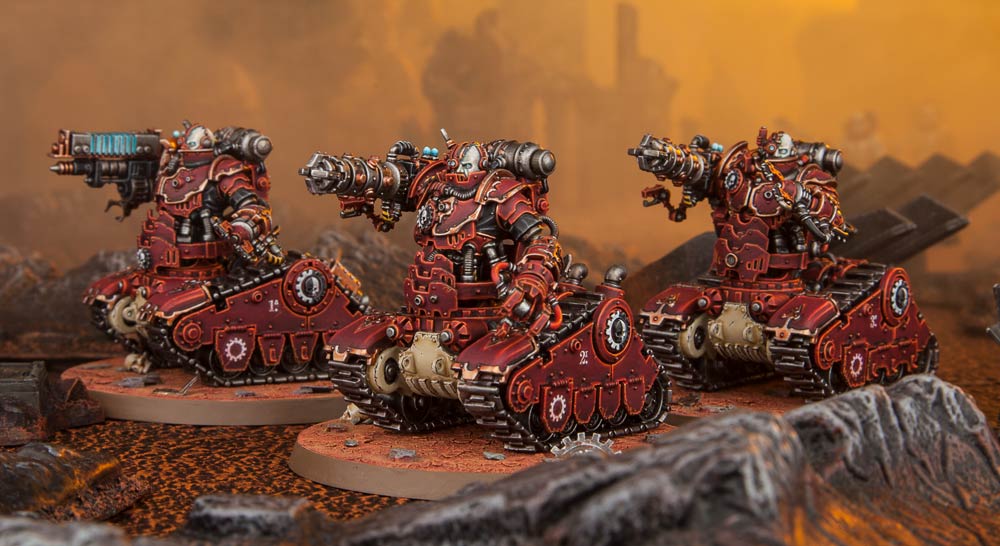