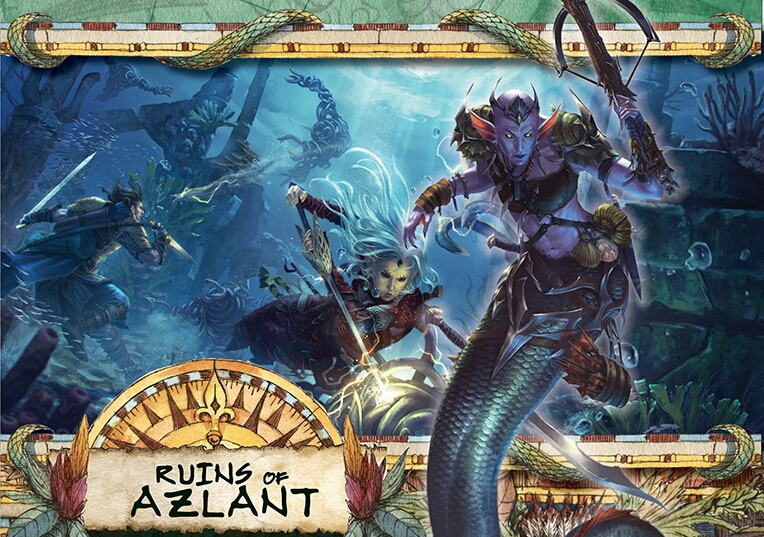 The lost city of Azlant is full of monsters, forgotten gods, and worse. Descend into its depths.

Adventure calls from the depths, but lurking beneath the waves are a band of ambitious, scheming Merfolk dwelling in a city of Intrigue. Players will have to keep their wits about them if they’re going to find their ancient enemy and brave the City in the Deep. 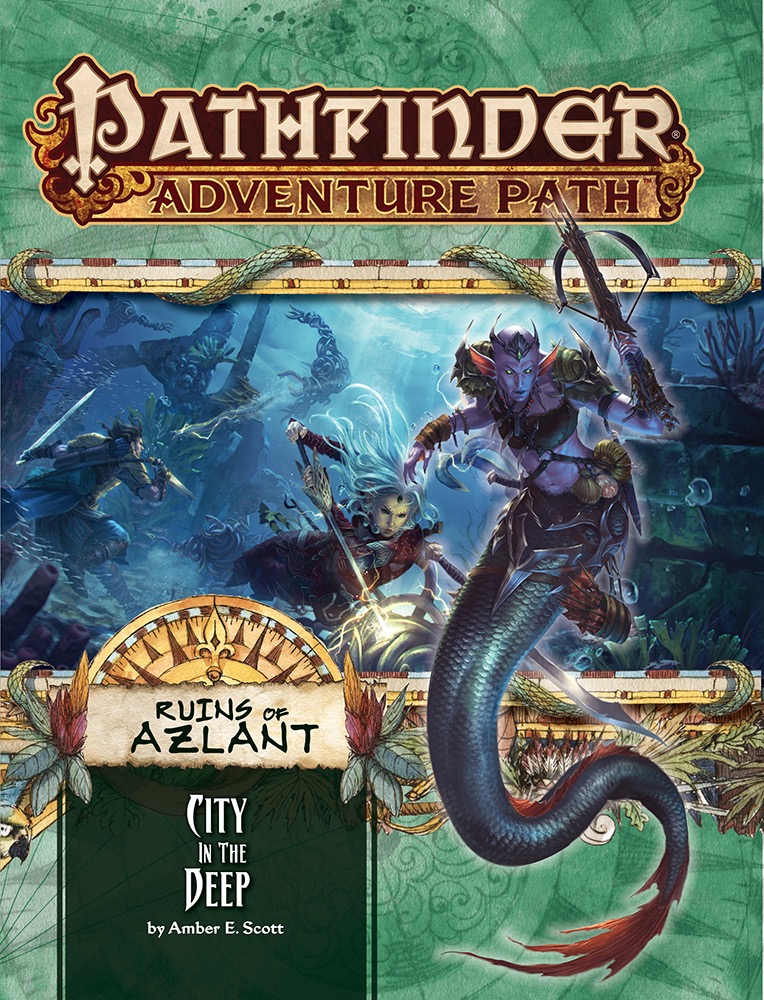 Death in the Depths

On the trail of an ancient enemy, the heroes seek more information in a merfolk city teeming with intrigue just beneath the waves. They arrive to find a group of deep merfolk claiming that the city is in the path of a destructive sea monster. But this warning is nothing more than a ruse for the campaign’s villain to uncover the location to a secret Azlanti military laboratory. The adventurers must carefully maneuver the social currents of the underwater city and unravel dangerous intrigue to get to the bottom of the merfolk’s plot and discover where the ancient enemy is headed so they can stop it.

Adventuring in or around Azlant gives me this sinking feeling.