Tabletop Spotlight: 60 Seconds To Save The World 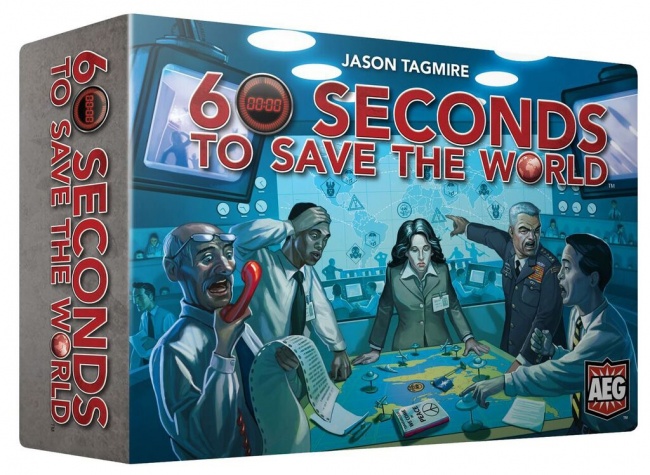 Things aren’t looking good for planet Earth in 60 Seconds To Save The World!

Our friends from Dragon’s Lair Comics & Fantasy brought over a panic-inducing game about the end of the world – new from AEG, it’s 60 Seconds To Save The World!

First things first, this game takes longer than 1 minute to play! Most games with 2-6 players take about 45 minutes. I just wanted to clear that up so that we don’t all go into a collective panic attack. The premise is simple: A catastrophic event has occurred an the leaders from around the world have to try and solve it. The problem is communication is sketchy and time is running out. To win, the players must enter identical plans of action to combat the problem and that’s when the pressure starts!

The core game play is that each player must play cards on their consoles to execute commands. You can send things to your allies but each player is limited in term of what can be sent. It’s this sense of limited communication that puts more pressure on the players as the time ticks by. Eventually, players have to use their deductive reasoning/communication skills to deduce what the other players are going to do for their orders. If they can all execute the same plan then they win. If not…

What’s interesting to me is that there are multiple scenarios that are endangering the world. Some of these are more plausable like a super virus is infecting the planet. Some are a bit fantastical, like a zombie plague! Some are from extra-terrestrial threats like an alien invasion or meteors impacting the planet. The scenarios can also scramble up your communication as well – the meteors for example can damage continents and cause further communication problems!

60 Seconds To Save The World is a game that is designed to make your heart beat a little faster and keep you pushing towards a goal. It can be both silly and stressful but it’s an experience worth exploring. It’s available for purchase online and at your FLGS so go check it out!

60 Seconds To Save The World 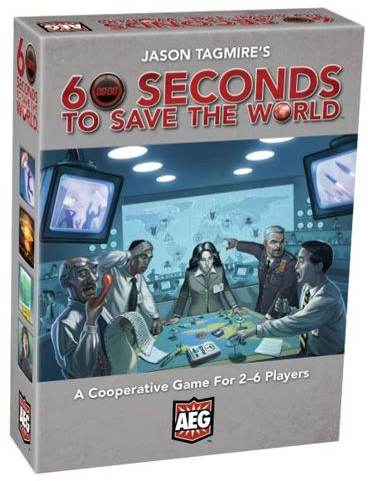 The day we have been dreading is finally upon us…We need you, our fearless leader, more than ever. You have been hustled down into the command bunker to lead the world to salvation. For you see, something catastrophic has happened and the world is only ONE MINUTE from ending! You and the other world leaders need to join forces and coordinate a plan to save the planet. Use your terminals to execute orders, fax information to our allies, broadcast to succor continental panic, and enact a plan that will solve our problem. You have 60 Seconds to Save the World, so act quickly!