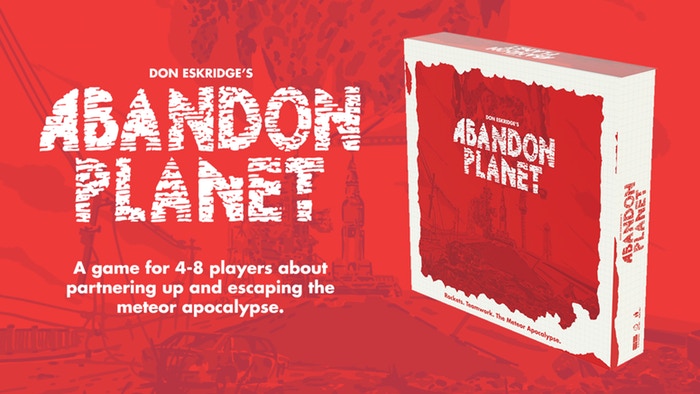 The meteor swarm has come and the only chance at survival is to leave the earth. Come check out Abandon Planet!

I love playing games where you have to work with others…until you don’t! Abadond Planet is a new game our friends at Dragon’s Lair Comics & Fantasy brought over that plays on this mechanic in a really cool way:

The name of the game comes from the naval order to “Abandon Ship” – only in this case it’s times to get off the entire planet! Players take the role of scavengers/survivors who are trying to construct a spaceship and get off the planet before the Meteor Swarm finishes them all off. It’s designed for 4-8 players and you really want to play with a bigger group. The reason is players have to team-up…but not everyone can win. In a 4 player game, you can’t work with the player directly across from you. In a larger game, you can’t work with the person to your left or right. Alliances and loyalties can shift at any time and that’s what makes this game really cool. 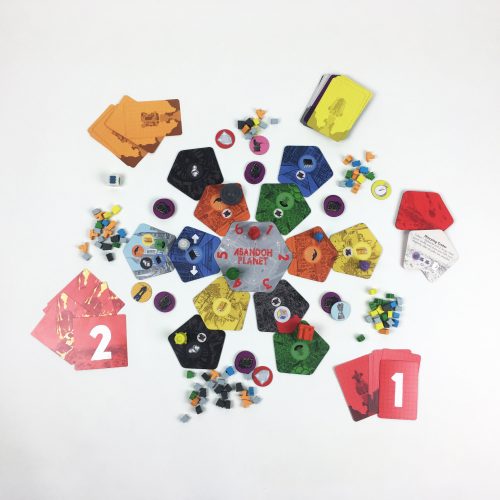 Gameplay wise, players need to collect different resources for their ship. There are a handful of zones to search through and plunder – and it’s a race to get those resources. The bad news is that other players can move into zones you’re in and start a fight. If you are there first, you’re defending. If you’re the last one to the party, you’re the attacker. There are some effects you can use to boost your attack or defense as well. But the main goal is to get back to your base with those resources. If you’d like to read-up on the rest of the rules you can do that HERE. 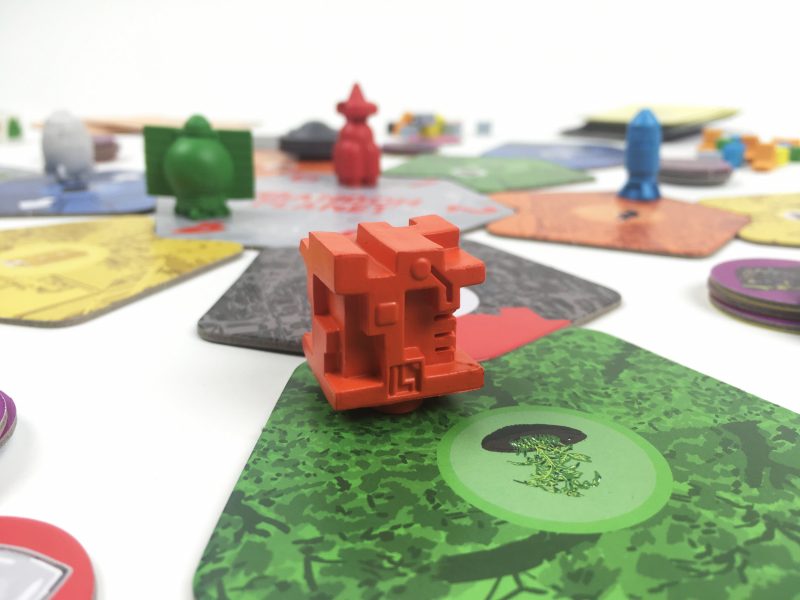 Component wise, the game looks really cool. I liked the palette and also the different types of ships. The tile design and “board” layout is really cool. It not only keeps things interesting in terms of visuals, it also keeps the game interesting and random which adds to replay value. Overall, Abandon Planet is a really great social game. We’d recommend it for anyone who is looking to add one of these co-operative/competative games to their library. Players of all skill levels can compete in this game because you’re not just playing the board – you’ve got to play the diplomacy angle with the players, too. So pick up Abandon Planet and blow this popsicle stand! 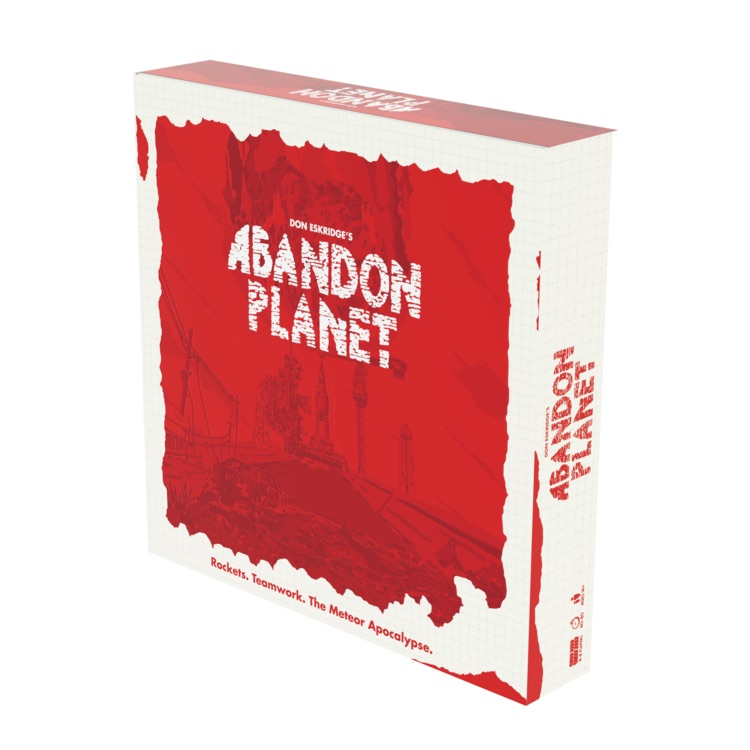 Abandon Planet is a 4-8 player ‘cooperative until you’re not’ set collection game about escaping the meteor apocalypse with a friend. Collect what you need, find a partner, (maybe change partners,) and blast off; or stay behind and watch the fireworks!

Contents include a bunch of stuff, but particularly 8 rocket models and 88 custom resource tokens unique to this game. We think you’ll really like ’em.

Someone is going to get left behind…will it be you?