Much like Chocolate and Peanut Butter, Betrayal and Baldur’s Gate are two great tastes that go great together!

Our friends at Dragon’s Lair Comics & Fantasy are into board games as much as we are here at BoLS and that’s why Evan was so excited to show off a mash-up of Draconic proportions. If you like Betrayal at House on the Hill and Baldur’s Gate, then you’re really going to enoy Betrayal at Baldur’s Gate: 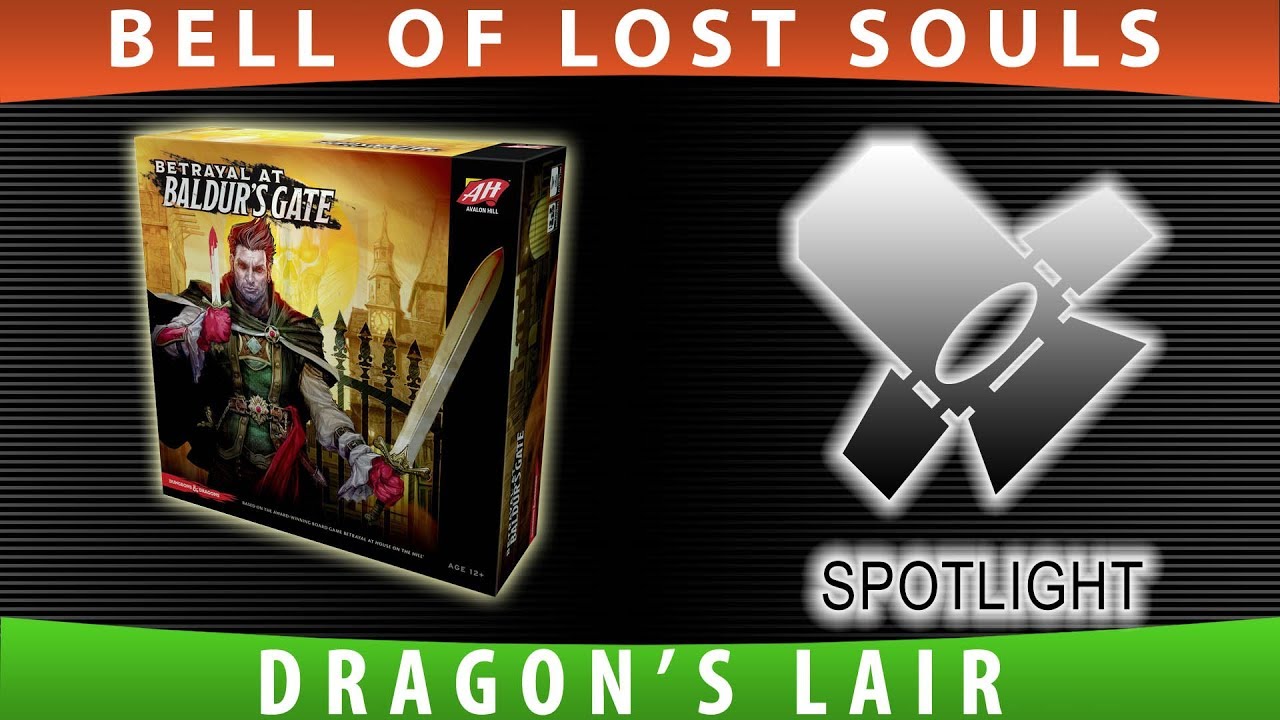 If you’ve never played Betrayal at House on the Hill, the basics are that you are an investigator and you’re searching a haunted mansion for reasons. You can your friends all enter the mansion, things happen, and you’ve got to solve a mystery before you become the next victim. The game is actually super fun and it change pretty much every time you play thanks to some clever randomization mechanics. Well, in Betrayal at Baldur’s Gate, they have taken the same idea but re-skinned the entire thing in a D&D frame work.

There are classes and stats to go along with each player’s unique ability. You could play the same character several games and have a wildly different experience. Naturally, this makes the replay value very high and with over 50 scenarios in the game, there are LOTS of different messes you could find yourself in. On top of that, Baldur’s Gate is a CITY – it’s not just a single House on a Hill. There are lots of different in-door, out-door, and underground areas to explore. Each location tile is randomly dropped as well creating a new adventure area every time you play.

The components are also really well done – the production values are high with this game. The 3 books are magazine style and the player “cards” are also double sided for even more replay value. The location tiles are nicely printed and it’s just a really well done product. These are all good things due to the fact that if you pick this one up, you’re going to put it through it’s paces. Betrayal at Baldur’s Gate is out and in stores now, so go check it out! It’s perfect for the month of October! 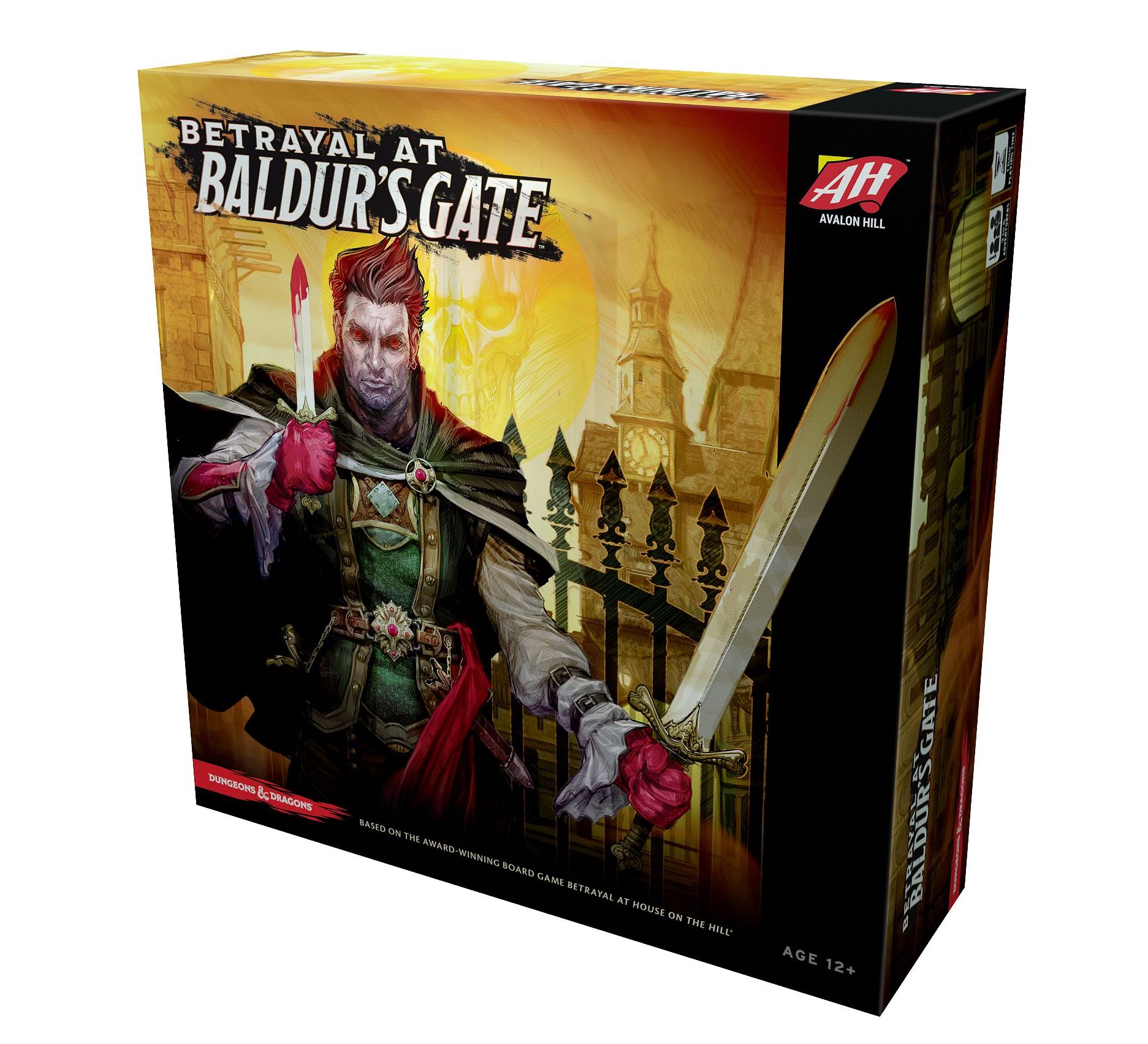 Never Split the Party… Unless Someone is the Traitor!

The shadow of Bhaal has come over Baldur’s Gate, summoning monsters and other horrors from the darkness!

As you build and explore the iconic city’s dark alleys and deadly catacombs, you must work with your fellow adventurers to survive the terrors ahead. That is, until some horrific evil turns one—or possibly more—of you against each other. Was it a mind flayer’s psionic blast or the whisperings of a deranged ghost that caused your allies to turn traitor? You’ll have no choice but to keep your enemies close!

Can you and your party survive the madness or will you succumb to the mayhem and split (or slaughter!) the party?

Visit Baldur’s Gate. Have an Adventure. Save the City. Betray your friends… “Wait what was that last one?” Oh nothing….