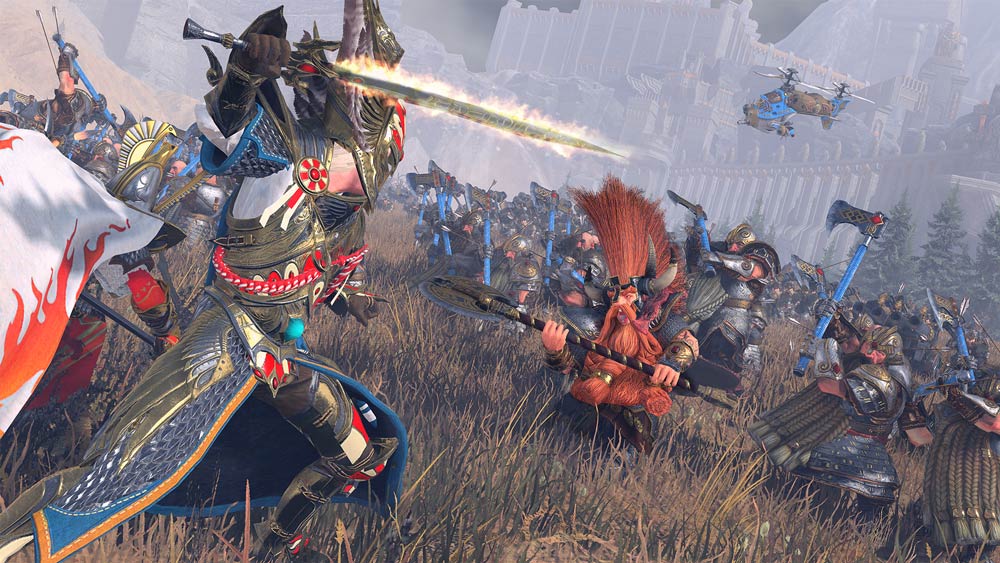 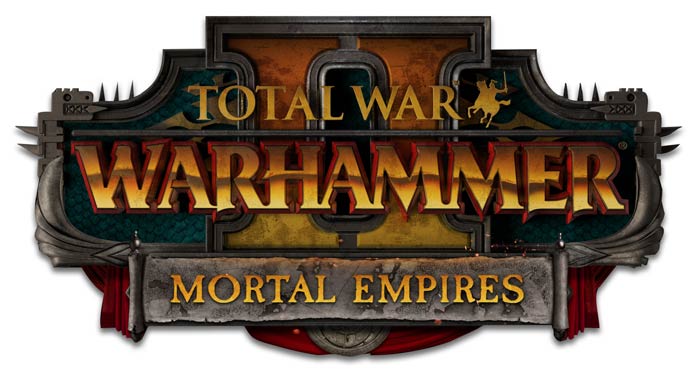 Warhammer Total War 2 has two different releases today. A grand-scale campaign and all the tools to make it bloody enough to satisfy Khorne (arguably).

Mortal Empires releases today, bringing the full breadth of the World that Was to your PC once you finish updating. It’s a fairly substantial update, bringing you the most dense/massive map ever made in a Total War game to date–the entirety of the Old World and Lustria that were featured in Total War Warhammer 1&2 are your playground here, offering up an open-world campaign where you can set your sights on nothing less than dominion of the world. Bring new features like treasure hunting in ruins, and encounters at sea across the world so that your Empire forces can deal with pirates in addition to the loyalty, rampaging Chaos forces, and more.

Encompassing the vast combined land masses of both the Old World and the New World, Mortal Empires enables you to embark upon colossal new campaigns playing as any Legendary Lord from both games, including any introduced Free content packs and any you own as DLC. Players will be able to embark on campaigns as any of the 35 existing Legendary Lords from both games. This includes the Dwarfs, Greenskins, Empire, Bretonnia, Wood Elves, High Elves, Dark Elves, Beastmen, Warriors of Chaos, Skaven, Vampire Counts and Lizardmen.

Unlike the Eye of the Vortex campaign that shipped with Warhammer II, Mortal Empires doesn’t focus on one overarching narrative. Instead, it offers the classic sandbox Total War experience in the World That Was, expanding your empire in any direction you choose with no limits. You’ll still experience the escalating Chaos Warriors invasion from the original Total War: Warhammer Old World campaign, but with an exciting new twist: the forces of Chaos don’t just attack from the Chaos Wastes, but from other, unexpected directions as well… 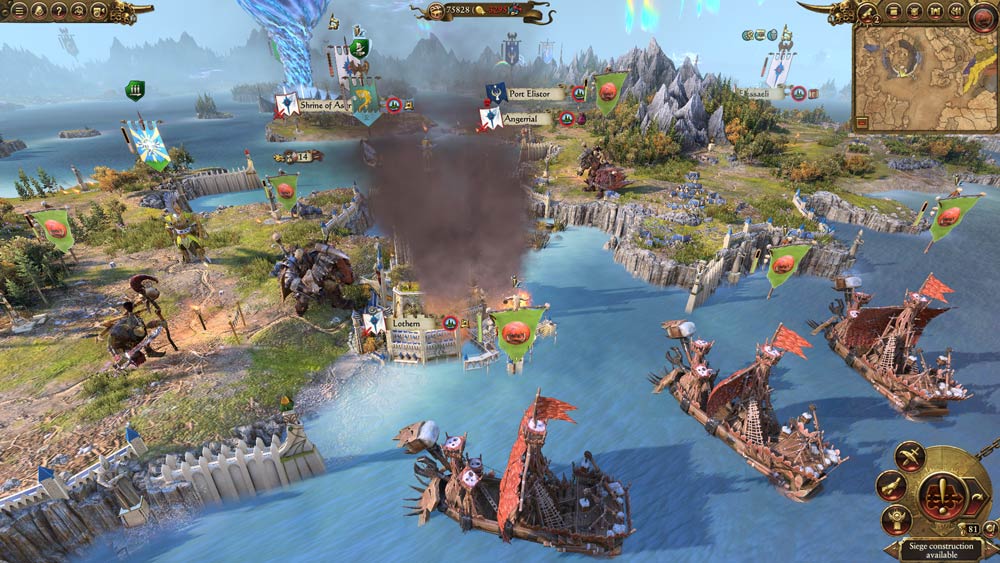 PLEASE NOTE: The Norscan factions, introduced in the Norsca Race pack for TW:WH1, are not yet playable in Mortal Empires. They will become playable to owners in a free update later in 2017, bringing the Legendary Lord count to 37.

But wait there’s more. You can also add blood and gore galore, encore for more, paint the floor (red) enemies of yore? (dead). Blood for the Blood God is an update that brings you all kinds of blood and gore effects. 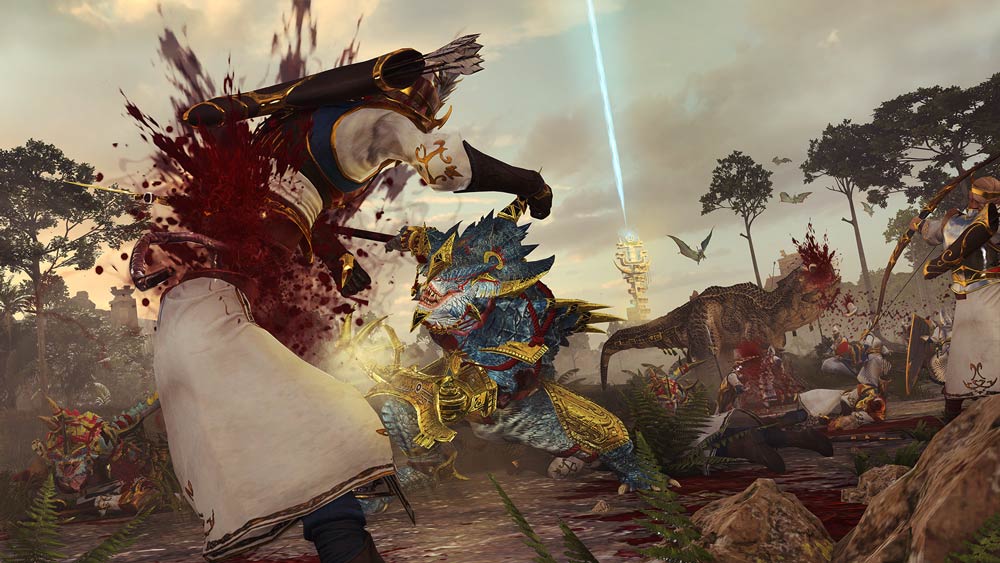 From the icy peaks of Naggaroth to the arid reaches of the Southlands, each race struggles for dominion. As their conquests grow, the land turns crimson, and rivers run red with the blood of the slain!

Blood for The Blood God introduces a host of gory, mature-rated effects to Total War: Warhammer II, including:

Once downloaded, Blood effects can be enabled in the Advanced Graphics Settings of Total War: Warhammer II. 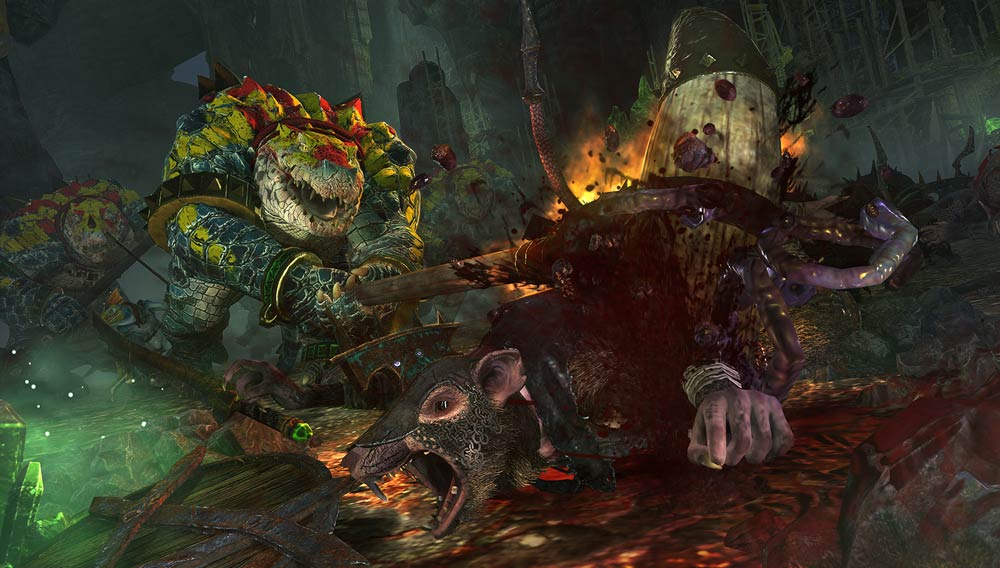 Please note that depending on your country of residence, Blood for the Blood God may raise the age rating of the main game.

Now to go see if I can build a perfect utopian society of Lizardpeople.