Gamers have been waiting a while for the Adeptus Custodes to get a real HQ option.  Look who just showed up to claim the title.

GW just put up the following mini and his background on their Facebook page: 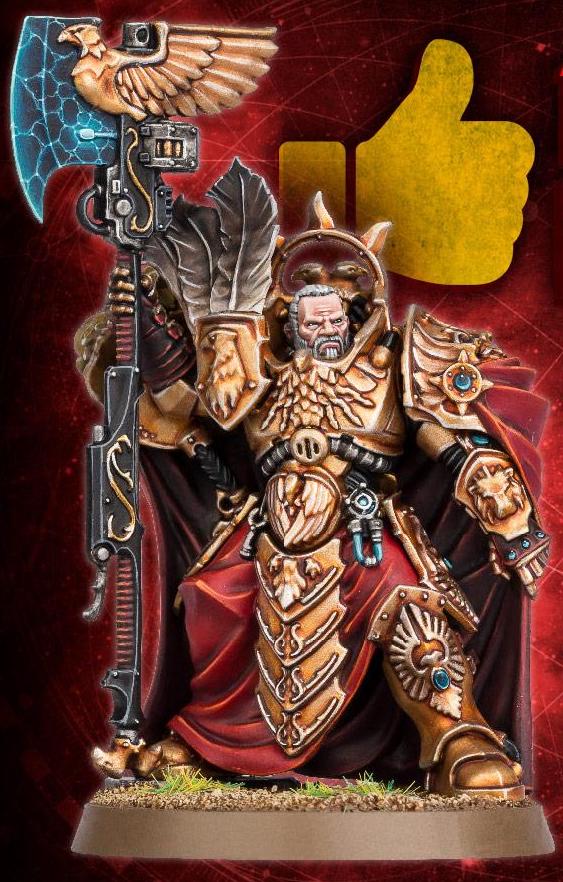 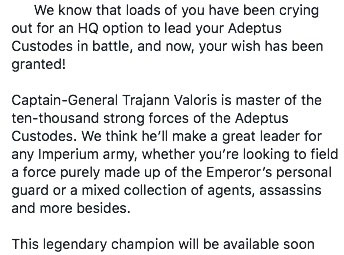 They say he will be released “soon”.

I think we have two options with the mini:

You will note that the Rise of the Primarch series kicked off in January of 2017 with the triumvirate boxed sets of characters.  I could easily see Trajann  being included in one of those. 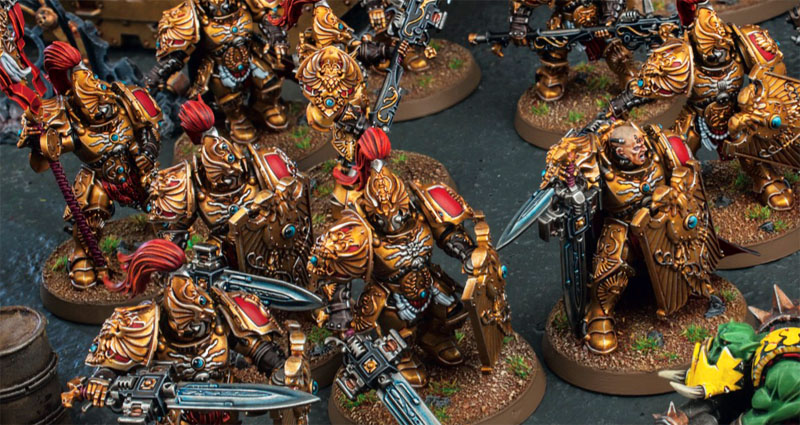 ~What do you think of the Emperor’s newest general?

Author: Larry Vela
Dad, Gamer, Publisher, Pilot, Texan. All games all the time since junior-high. I started BoLS Interactive in 2006. I’m a lifelong tabletop & RPG gaming enthusiast, and internet publisher working to entertain and inform my readers every day. I've been playing RPGs and Tabletop Games since the 1970s. I'm been playing and covering Warhammer and Warhammer 40K for over 35 years.
Advertisement
Adeptus Custodes Miniatures Tabletop News Warhammer 40k
Advertisement