Games Workshop shows off a preview of how the Vehicle Design Rules are going to work – using the Land Raider!

Get ready for Custom Vehicles on the battlefield of 40k! The Vehicle Design Rules (VDR) are coming back in a big way with the soon to be released Chapter Approved. 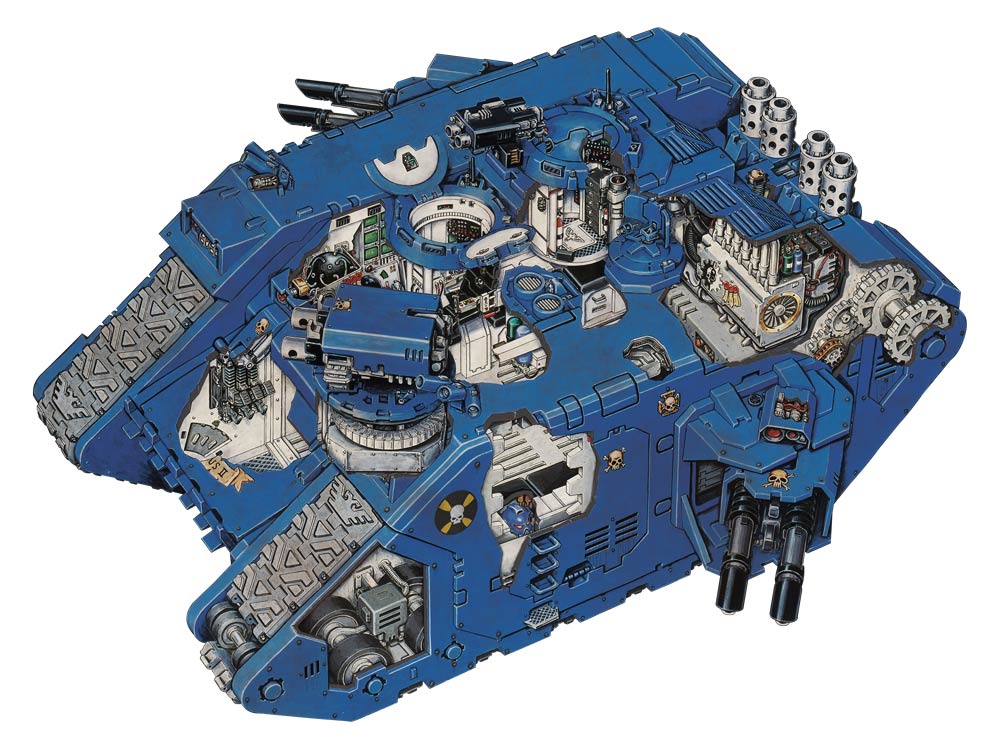 The Land Raider is one of the most customisable Warhammer 40,000 kits, thanks to five “hard points” that fit a range of Space Marine vehicle weaponry. As such, we decided that the Land Raider would be the perfect candidate for our first set of vehicle design rules.

Designing a Land Raider is simple. Each Land Raider has a main armament that determines its total transport capacity; hurricane bolters, for instance, give you 16 transport slots, while lascannons give you 10. From there, you’re able to choose a range of secondary armaments, from even more sponson weapons, to secondary abilities such as frag assault launchers. From a Chaos Titan-killer bristling with lascannons, to a Space Wolves assault vehicle armed with both helfrost and inferno cannons, there’s a huge range of possibilities available.

It’s starting to sound like the rules for VDR are very different from the VDR rules from the 2001 Chapter Approved. For example, the 2001 version, you could simply pay points to add weapons and it wouldn’t really impact it’s carry capacity. In fact, you could literally toss more points into the vehicle to have it do pretty much whatever you wanted. From these notes here, it certainly sounds like we might have some “standard templates” that we’ll get to work within.

On the flip side, GW could be holding back the info on that part of the rules as they just wanted to preview the Land Raider info today. There will be more info and they have confirmed that Predators or even Tyranid bio-beasts will get options.

One last thing to note:

“You’ll be able to pre-order Chapter Approved (and start designing your own Land Raiders) on Saturday the 25th.”

Now we have a confirmation of the pre-order date!