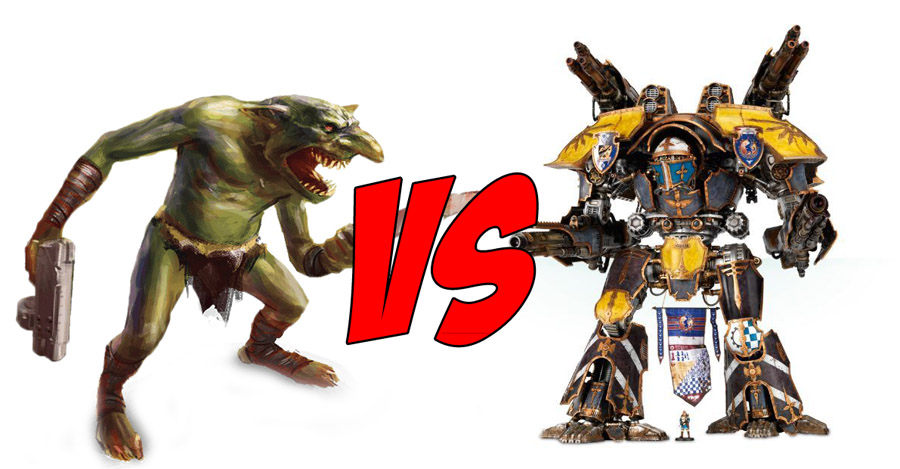 8th Edition’s rules  put the game’s units on an equal footing. that has me thinking if the game’s real winners are the meek or the mighty?

One of the key hallmarks of Warhammer 40k 8th edition is is the “great equalizer” edition. The difference between infantry, monsters, vehicles and super-heavies is quite blurred and aside from some keywords and a handful of special rules it’s all kind of the same thing.

Everything can hurt anything with the new S vs T table and it shows.

There is a reason that the Chapter Approved Apocalypse rules are only 14 pages, instead of 256. Because 90% of them are baked into the DNA of 8th’s core rules.

And that got me thinking about the extremes of the game.

Can the biggest and baddest units face off against the weakest and still work?

Can both players have a fair shot?

Can the rules even handle it?

I got to poring over all our books to find the games mightiest and meekest units and wanted to envision what a game would even look like. Here’s what I found?

Armed with (for sake of argument) 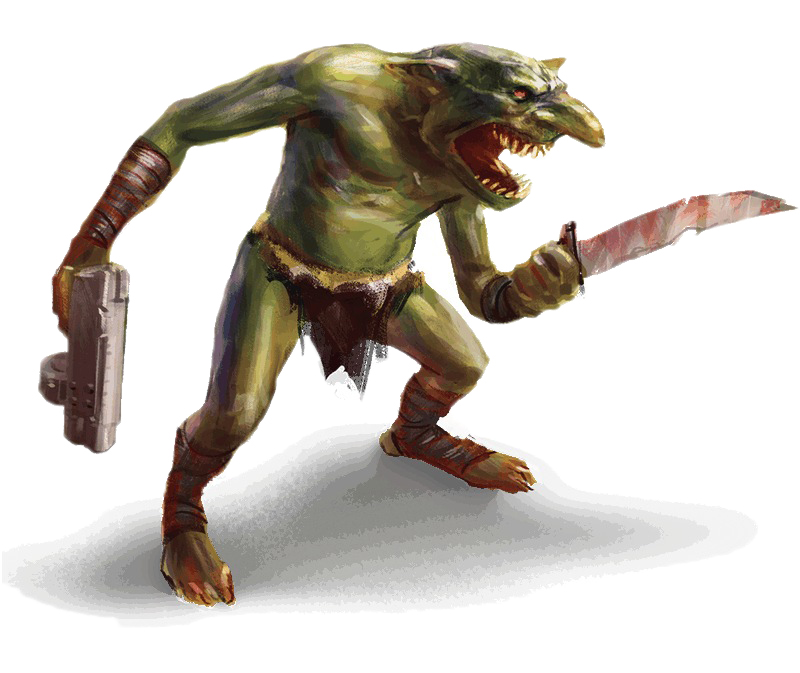 Yup grots… an endless tide of grots.  Not only were they the cheapest models I could find, they have have a gun!

Now you have to do some basic math to figure out some basics.  We’re not going to go into the millions of possible mission and game permutations, who goes first, and the like. I’m just going to layout some some basics for you to ponder:

It’s a funny thing to wrap your mind around, bit I think the Gretchin have it.  The biggest decider in crazy cases like this is the turn limit.  There just isn’t enough time for the Warlord to kill them all.  On top of that, the Grots are probably going to literally fill every objective they can get to in and endless tide. There are minor issues of course – like the 300 Gretchin take up 2/3 of the 4×6 table, or well more than the area of a standard deployment zone! But Any insane battle like this would of course require a custom Open Play mission.

But the funny thing is that overall – the game could work. The rules would handle it, and god forbid anyone wanted to try it, there would be a path to play it out in the real world.  And that’s a big checkmark for the rules.

My money is still on the chickens Gretchin!

~What crazy missions would you want to try to stress test the game to it’s limits? Do you knoe enough buddies with the minis to pull it off?