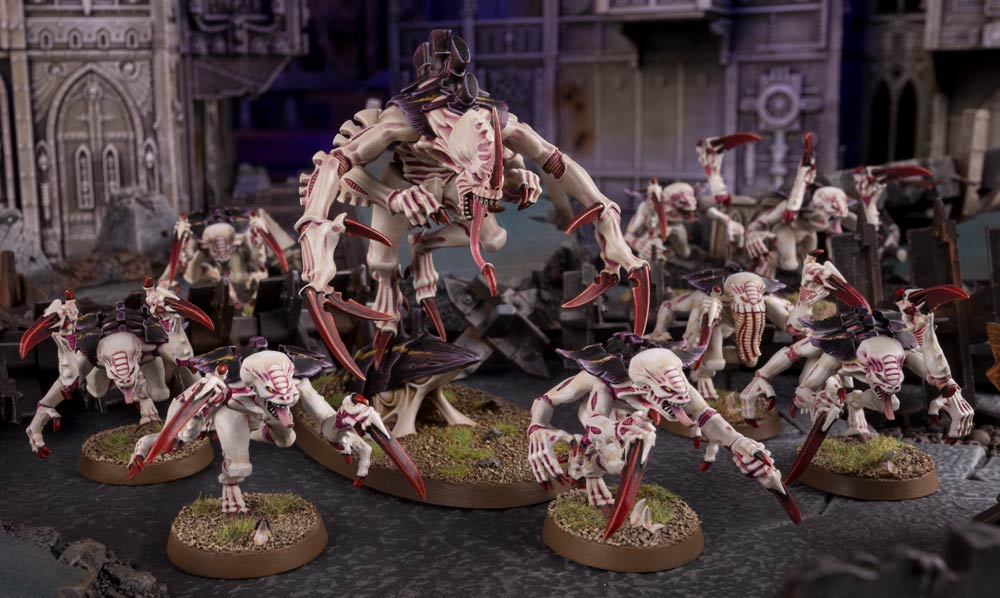 Join the BoLS Crew as we take a look at the new Tyranid Codex.

That’s right friends, it’s new codex day here at BoLS, and we’re excited for this one. Adam Harry, noted Tyranid fan has been getting giddier with each new preview we’ve seen this last week. And now the day is here at last to leaf through the new book and see for ourselves just what GW has wrought for the Great Devourer.

So let’s get the basics out of the way first off. This Codex is good. If you’re a Tyranid player, you need it in your life stat. As Adam says, this feels like the biggest Tyranid change since 3rd edition.

There’s a lot different in this book–you’ve already seen how instinctive behavior and synapse have been changed, or read up on the Hive Fleet adaptations. There’s a lot of tweaks made here and there, all of which serves to reinforce the idea that there are a ton of different viable options for a Tyranid army. Whether you like Dakkafexes or the monstrous and not so monstrous scything talons of a swarm of CC troops, the new Codex is ready to help you make your opponents crumble before the might of your assaults. 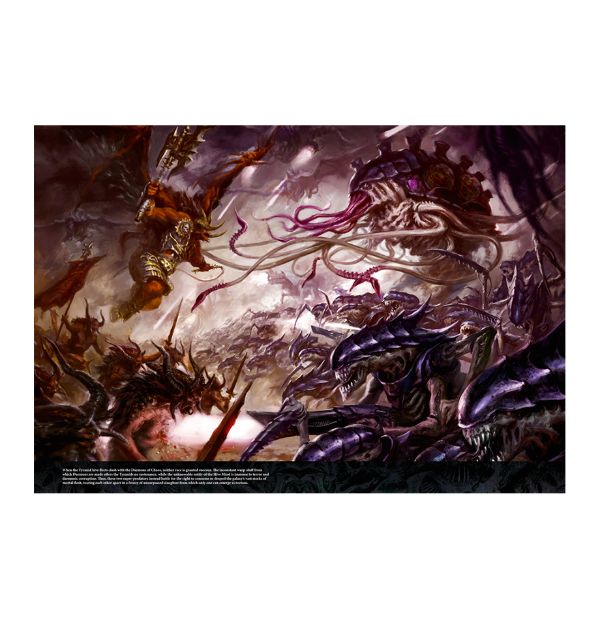 What’s more, we’ll be covering the Codex all week on our twitch streams. So if you’ve got questions, we see got answers. Come see three wildly different Tyranid Armies face off against some classic 8th Edition armies. See how they fare against the Ultramarines, the Eldar, and the Chaos Demons.

In the meantime, Carnifexes, Tyrranofexes, Exocrines, and more are back in a big way. Only don’t call it a comeback because they’ve been here for years–it’s just that now a lot more options are good, or relevant under the updated rules.

I will admit, something about the Tyranid’s more recent activities really bugs me…