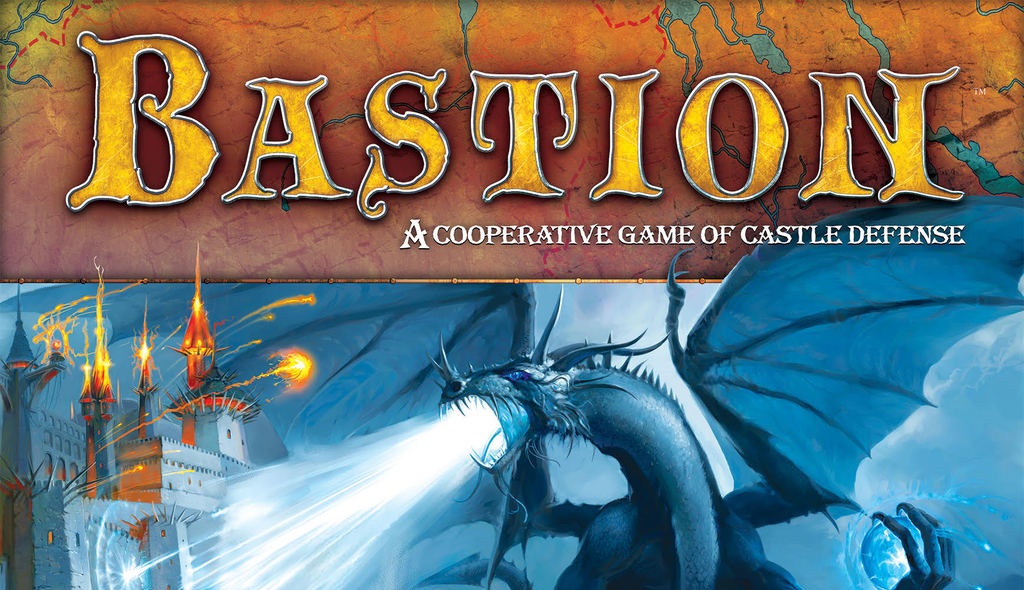 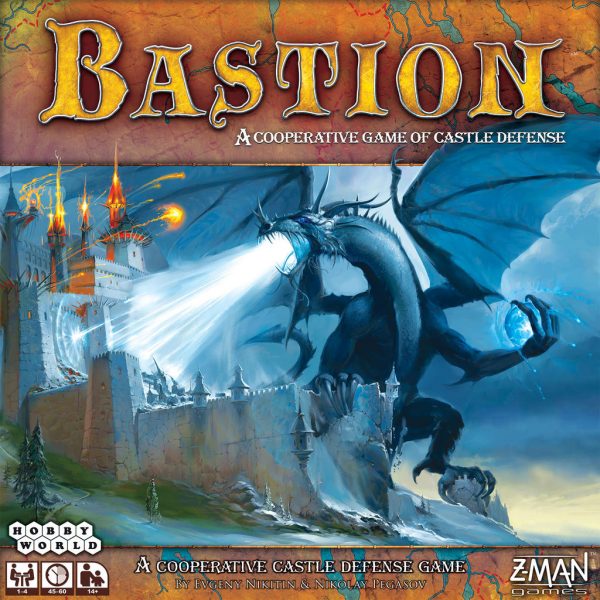 Heed the call and defend the castle against hordes of monsters. Cast your spells, perform your rituals and save the day in Bastion from Z-Man Games.

Bastion is a cooperative area control, castle defense game with resource and hand management mechanics set in fantasy setting.  Players set up the game by placing the castle tile in the center and placing the 6 district tiles around it, forming the game board. Each turn players will have to channel one of their mana sources to gain mana tokens, that they will use to cast spells throughout the game. 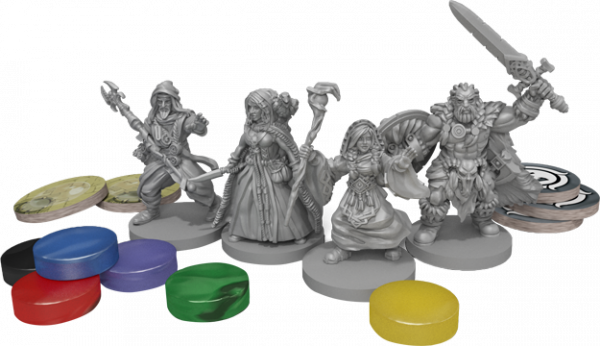 On each turn, monsters will spawn on the board’s edge and other monsters will march towards the castle. Each monster that is defeated can have their life-force channeled into a spell to be used later. Knowing when and where to use these spells is crucial to player victory. 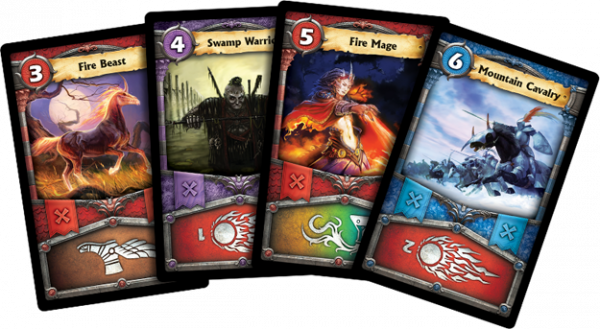 Bastion brings a lot of additional mechanics to the standard castle defense games already out there. Each player can choose a different character to play and move around the board. Additionally, players can cast rituals for permanent beneficial effects that will last throughout the game. Bastion gives players the option of customizing the enemy deck, including legendary monsters with powerful abilities to truly test the player’s skills. And with various scenarios with specific rules to choose, Bastion offers players a variety of ways to play. 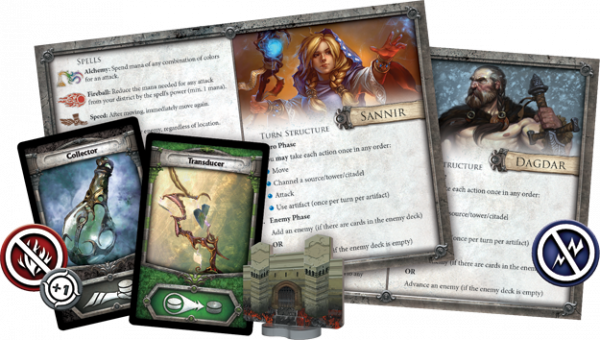 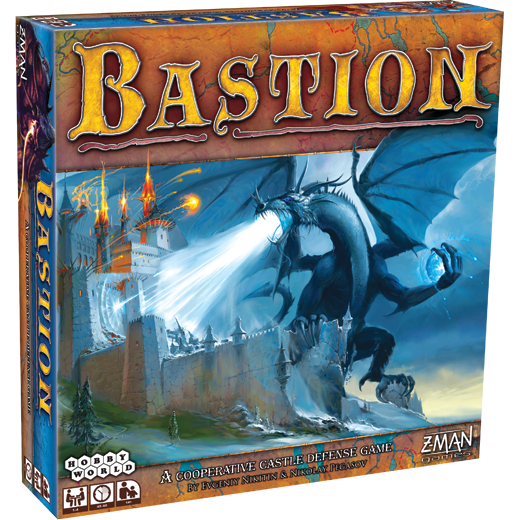 The castle is under siege! Hordes of monsters surround the walls as they march against the citadel. Only a brave few can stand against this dire threat. Gather your wits and prepare your defense. Bastion is a cooperative strategy game for one to four players. Taking inspiration from extremely popular tower defense video games, Bastion subjects players to an unrelenting stream of attacks by an army of vicious monsters. By channeling the sources within the city’s districts, defense towers, and citadel, players work together to defend its borders, all the while gaining useful spells from the enemies they defeat. Only by properly managing their mana, spells, and rituals will they have any hope of withstanding the onslaught.

~Something very satisfying about killing a monster with another monster’s life essence.

Author: Matt Sall
Matt has loved games of all kinds his whole life: board, video, war, roleplaying. He's worked as a writer for BoLS since 2017. He's worked as freelance editor for board game rulebooks and has designed many of his own games as well.
Advertisement
Board Games Tabletop News Z-Man Games
Advertisement 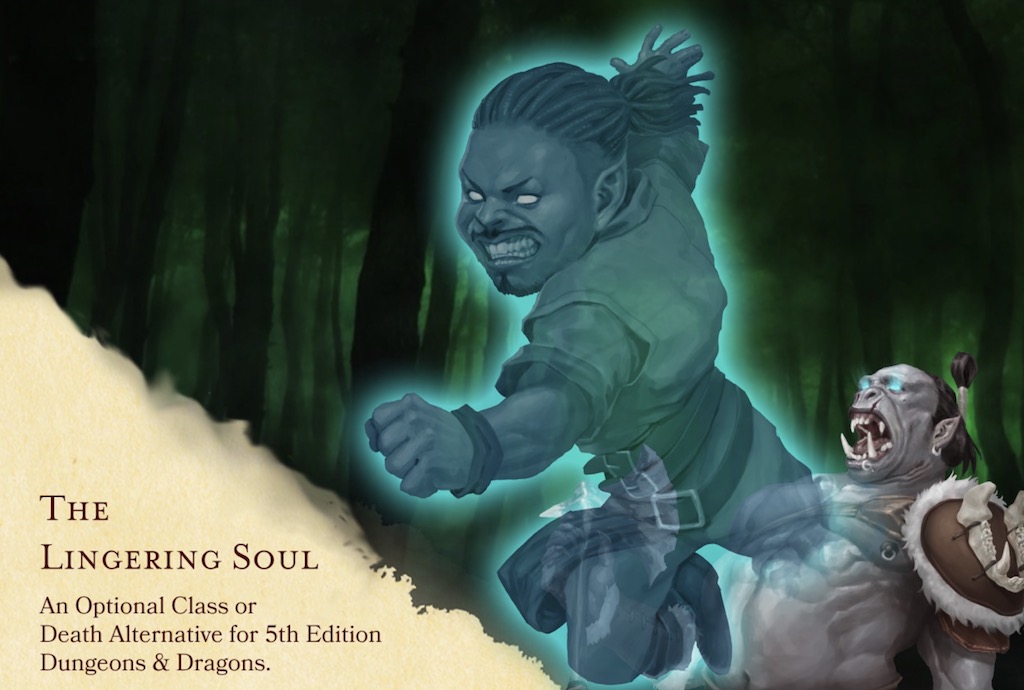