Xanathar’s Guide gathers 95 different spells–here are some of our favorites.

Xanathar’s Guide to Everything introduces more than 50 new spells and collects the spells introduced in the Elemental Evil companion into one single tome. It also features 27 new subclasses, a host of rules for Dungeon Masters, new feats, and more. We’ve really been impressed with the book so far, but today I want to talk about spells in particular.

Surprising no one, the book adds a ton of interesting (and effective) combat spells. But the book catches you off guard with its noncombat spells. I mean they’ve always had their place in D&D, who can argue with the classic Zone of Truth or the limitless possibilities of Mage Hand, Unseen Servant, or Mordenkainen’s Magnificent Mansion–but I wasn’t expecting to find as many aspirational spells in this book. That’s one of the things that Xanathar’s Guide to Everything does well: it creates this sense of goals to shoot for. It makes you want to hit the higher levels so you can start casting things like Mighty Fortress or Create Homunculus and get up to all kinds of Wizard Business, or Wiz-Biz for short.

It also adds some interesting cantrips, which is hard to do. I mean, as far as 5th Edition goes it’s Eldritch Blast or Fire Bolt, and then pick your flavor of damage that comes with an effect, but there are a few that can really change up the actions you’ve got at your disposal without using up a spell slot.

So with that in mind, we’ve selected a few spells that can create some defining moments in your campaign, as well as a few that can help you get up to some delightful hijinks.

I know we said about combat spells above–but this one is pretty good and bears mention. With a 60 foot range and a Wisdom save (which is not many creature’s best) it does 1d8 or 1d12 if a creature is injured. It’s still not ideal–most cantrips feel better when you’re making the attack roll, because it feels like the attack succeeds rather than the creature you target failing. It feels more active that way, but, you can’t argue with a spell that deals necrotic damage and does a potential 4d12. 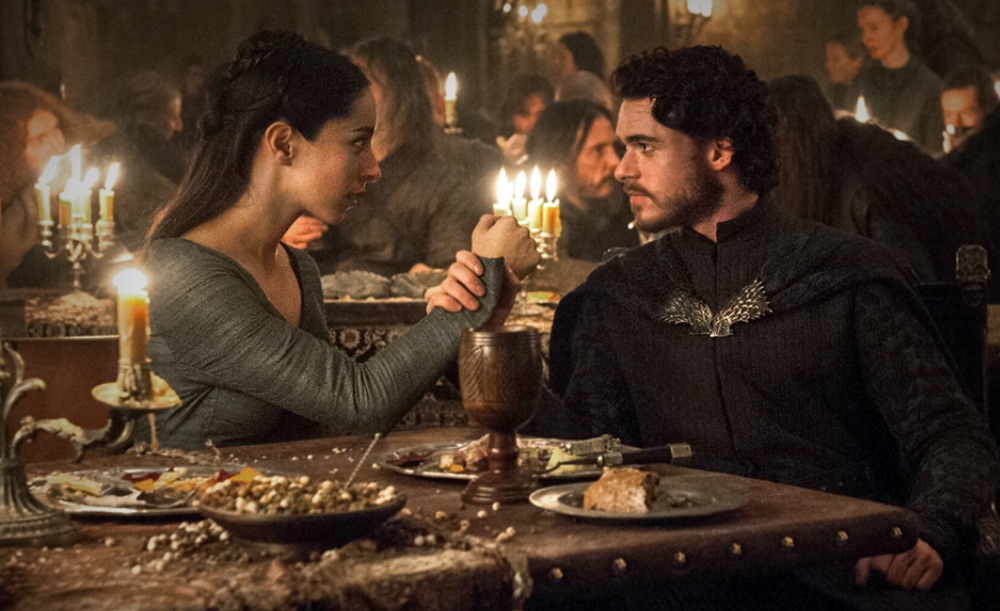 This one originally appeared in Unearthed Arcana, and it’s back now and improved. Basically you conduct a special ceremony for one of several reasons and give the target undergoing it a benefit. I love this one because it grounds the character in the reality of the game. It speaks to life outside of adventuring and imbues them with purpose that lends itself to building community. People might forget the time you channeled divinity and turned those skelebros, but they will remember the time your cleric or paladin performed a Funeral Rite and kept the necromancer from raising an army of the village’s dead. Or the time you married a couple of the party members (to each other) and they were able to take on the final boss because of it. This spell is just a great nugget of flavor.

This one is amazing. A 6th-level Abjuration Spell that lets you invoke the spirits of nature and create a grove of trees that is specially warded and protected. You can create mystic fog that provides cover and makes movement through the fog cost double, not difficult terrain, so there’s no avoiding it. You can create grasping undergrowth that works like an entangle spell. And animate up to four trees in the area, turning them into awakened trees–and all of this while also letting your party members ignore the effects, so you basically create some home turf to fight on. This spell works in combat and out of it–it helps the Druid feel like they’ve really got a place in the world.

Another combat spell, but this one is amazing. A 2nd level spell that grants a target you touch (including yourself) the ability to use their action to exhale a 15-foot cone of acid, cold, fire, lightning, or poison (your choice) and then they can do that each turn until you stop concentrating on the spell. Have a summoned minion? Familiar? Some other party member who really needs to do some AoE damage? Help them out and make it harder for your enemies to end the spell by dealing damage to the person breathing it.

Necromancers get a lot of cool spells in this book. Soul Cage is one of the more powerful ones. It lets you trap the soul of a humanoid when they die, containing it within an arcane cage of your own design. While you have a soul trapped, you can use it to power some effects such as stealing life from the soul, which lets you use a bonus action to heal yourself. Querying the soul, which compels the trapped soul to truthfully answer a question that you ask of it. You can borrow its experience, giving yourself advantage on the next attack roll, ability check, or saving throw you make. Or you can see through the soul’s life, creating an invisible sensor much like a scrying spell. This one isn’t the most useful in a combat–though it can be good, but it adds insult to injury as you trap the soul of your DM’s favorite villain and use it for your own nefarious ends. 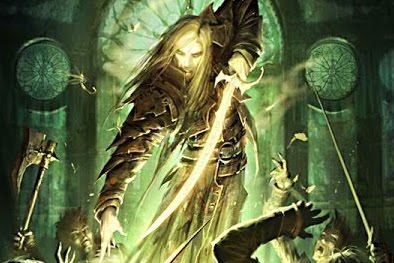 One last combat spell to round out the list. I am including this one because it’s emblematic of another kind of spell that you see in the Guide–there are a ton of new spells for melee casters. And Steel Wind Strike is a fantastic one. It’s a 5th-level spell that lets you make a melee attack against up to five creatures you can see within 30ft., targets take 6d10 damage and you can also teleport to an unoccupied space within one of the targets.

Temple of the Gods

The Cleric’s version of the Druid Grove, this one is a little more powerful. You conjure a temple to your deity out of nothing. You can decide how it looks, and the temple itself is a fairly simple layout…open space with an idol or altar at the end surrounded by walls, a roof, and a door (windows at your discretion). But inside that space, you can ward off Celestials, Elementals, Fey, Fiends, and/or Undead (you decide, and can pick muliple creatures). They can’t enter unless they make a save, and even if they do, they are at sever penalties. Within the temple you and your party are protected from divination spells and creatures teleporting in. And if you cast the spell every day for a year, the temple becomes permanent.

That’s another aspirational spell, right? The temple could be a structure your cleric creates once they’re high level–it could be the center of a town your characters build. A place of worship (where ceremonies are performed) and so on. I like the potential for stories that these spells tend to create. I’d love to go through all of them, but that’d take forever. For now, take these seven spells as an example of some of the things you can find within Xanathar’s Guide.

In the meantime, get ready for more magical mayhem and misadventures.

Xanathar's Guide to Everything - The BoLS Review