The Death Knights are a powerful addition to the Waiqar Undead in Runewars.

The Waiqar get some hard hitting cavalry unit in this new expansion. The Death Knights are a beating on a stick on a horse. At least I think those are horses they’re riding–they could be some kind of undead monstrosity that’s vaguely horse shaped. But for now, we’re going to go with Horses.

The Death Knights are heavily armored cavalry. They have 3 armor, which means they can take a beating–your opponent will really have to try if they want to thin out their ranks, and they’ll want to, because the Death Knights can deliver some devastating abilities on the charge. 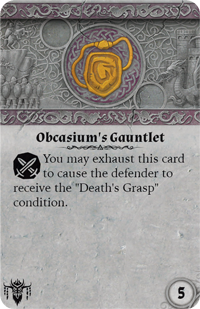 Add to that the brutal beating that they’re capable of delivering, hitting with two red and a blue, and you’ve got a pretty good shot at crippling, if not outright destroying whatever it is you can get them in against.

These guys are easy to put together (as all Rune Wars models are) and they’re also great at manipulating panic. They also can take an upgrade that lets you protect them with a damage shield (after they defend against an attack, the attacker takes damage equal to their attack) making them surprisingly hard to deal with once they get in there. All in all, a great addition to any Waiqar army. They really fill out a niche in the overall faction. 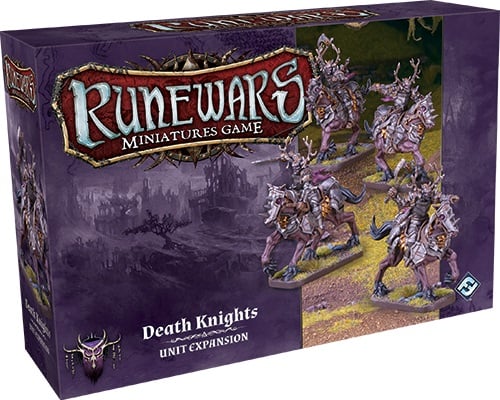 It’s always a good night for a death knight.