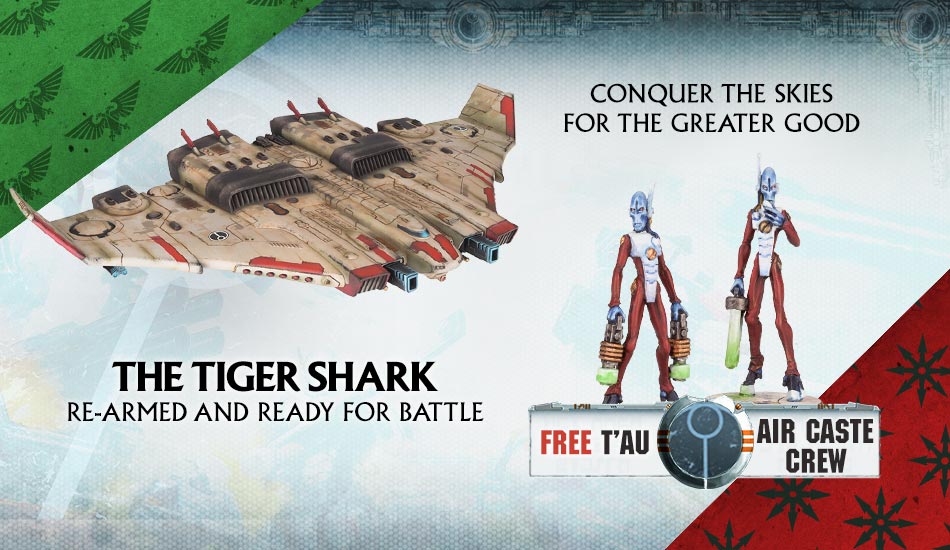 The T’au Tiger Shark is back and ready on the hunt from Forge World! 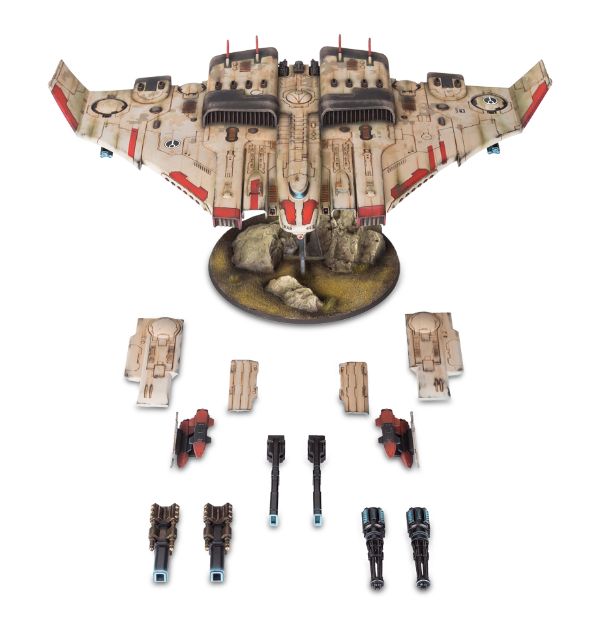 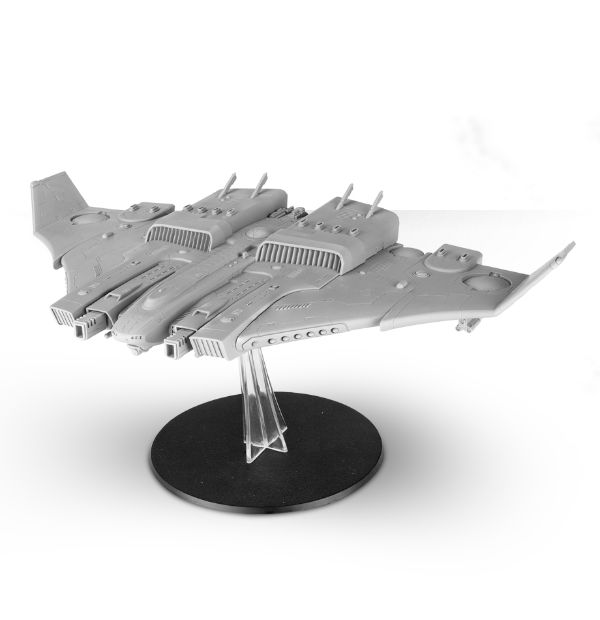 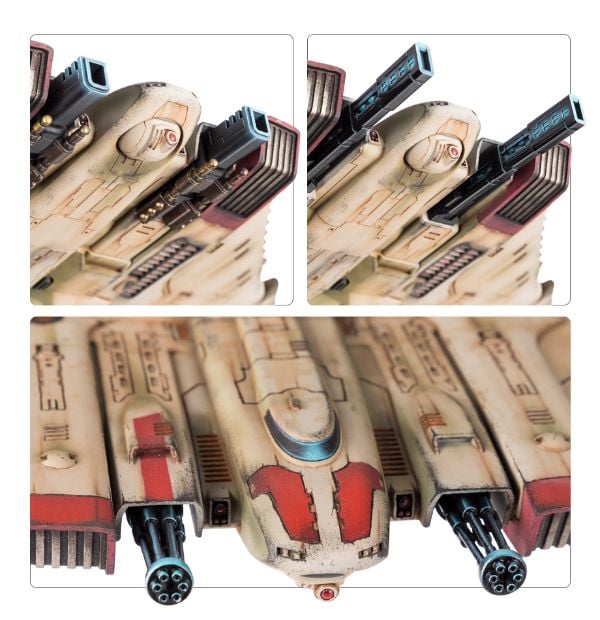 Capable of fulfilling complex multi-role missions, Tiger Sharks have weapon bays loaded with skyspear missiles and swarms of Tactical Drones, the latter of which can be disgorged at low altitude to offer vital reinforcements to Fire Caste warriors. Many a close-fought struggle has become a glorious victory with the arrival of Drone support, or a salvo of well-aimed ordnance. The standard weapon load-out for a Tiger Shark includes a pair of ion cannon and missile pods, allowing the Tiger Shark to unleash a deadly series of strafing attacks against ground-based targets; whilst others are armed with swiftstrike railguns capable of busting open thick armour plating of any enemy vehicles that threaten their mission. 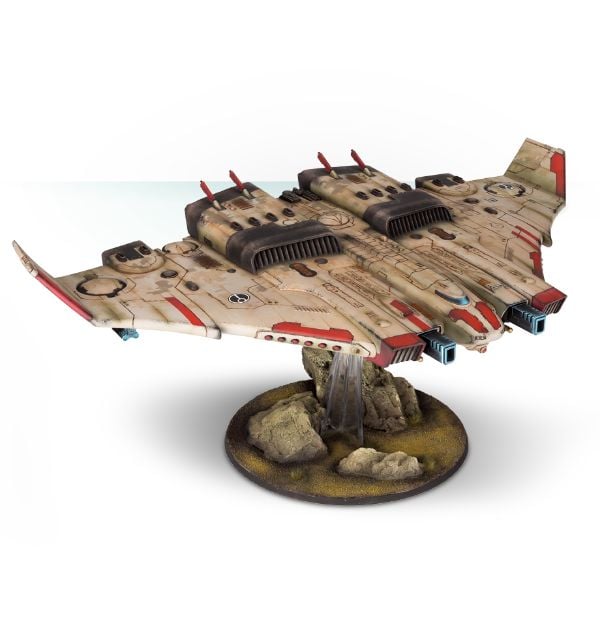 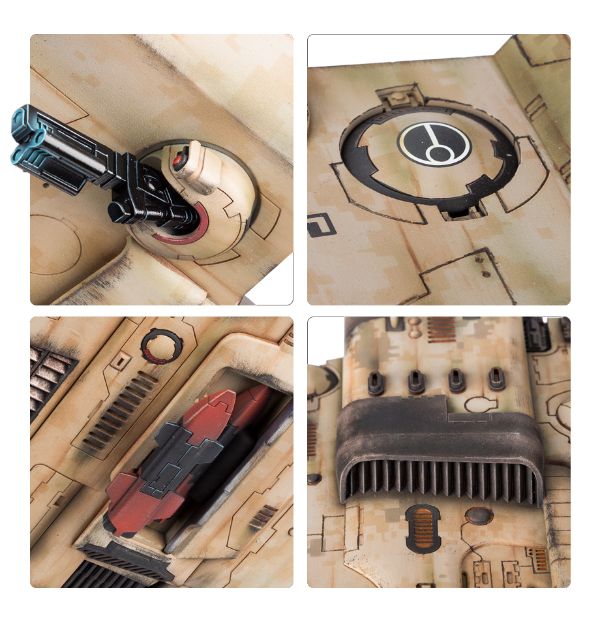 This is a complete, multi-part resin kit that builds a T’au Tiger Shark. It features several modelling options – there is a choice of either ion cannon or burst cannon for the wing-tip drones, and the undercarriage can be modelled open or closed. Struts and landing gear are supplied for the open undercarriage option, and there are recessed areas sculpted into the underside of the miniature – should you wish to use magnets in order to switch between the open or closed undercarriage at your leisure, the space is there. You can also model this kit with the missile bays closed or open, with space provided for magnets. 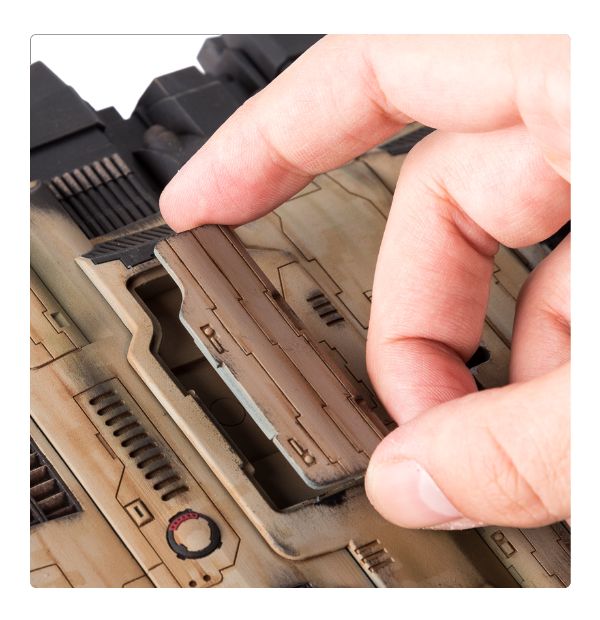 Besides those options, the kit is covered in details; 6 pylons, 4 antennae, 2 skyspear missile racks, upper and lower exhaust systems for each of the 2 engines, 2 electronic countermeasure pods and 2 chaff launchers. 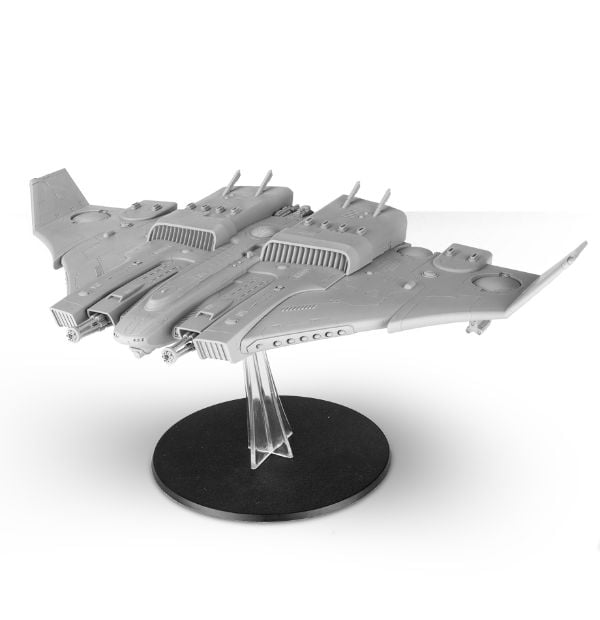 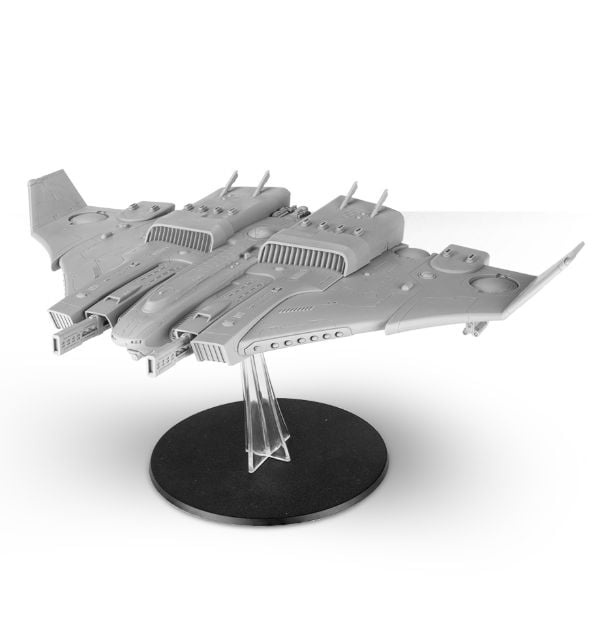 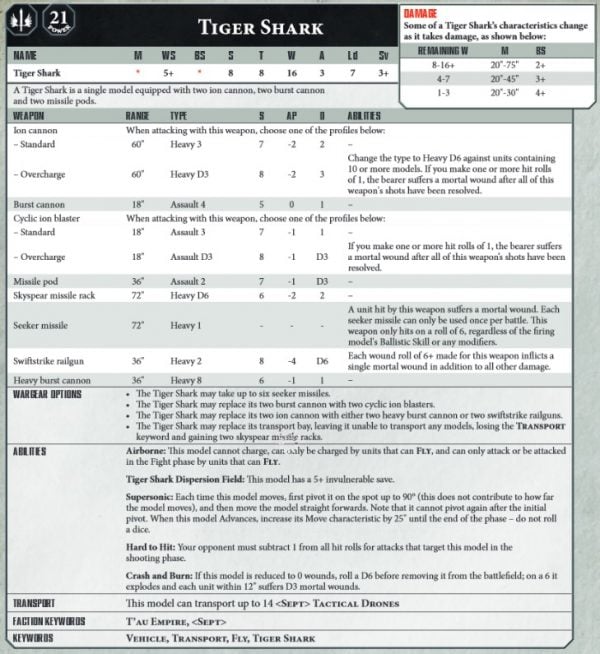 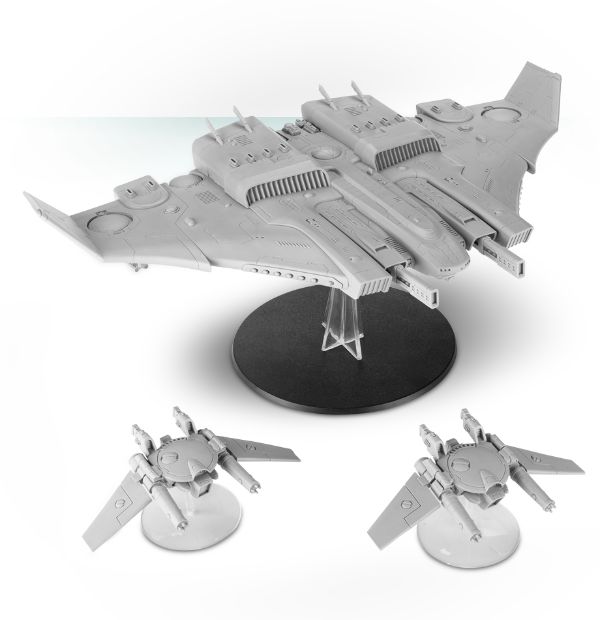 Field a T’au Empire Air Caste Squadron in games of Warhammer 40,000. In this bundle, you’ll find:

Author: Adam Harrison
Writer, Editor, Texas Native, and Austinite for 15+ years, Adam covers all things Tabletop Gaming. Which includes Warhammer 40,000, Age of Sigmar, D&D, Board Games and everything else that involves dice, boards, cards and a table. A hobbyist, player, and collector of miniatures and games, Adam's current obsession are his Death Armies for Age of Sigmar, his Blood Angels and Tyranids for 40k, and his ever growing Arkham Horror: The Card Game Collection.
Advertisement
Forge World Games Workshop Miniatures T'au Empire Tabletop News Warhammer 40k
Advertisement 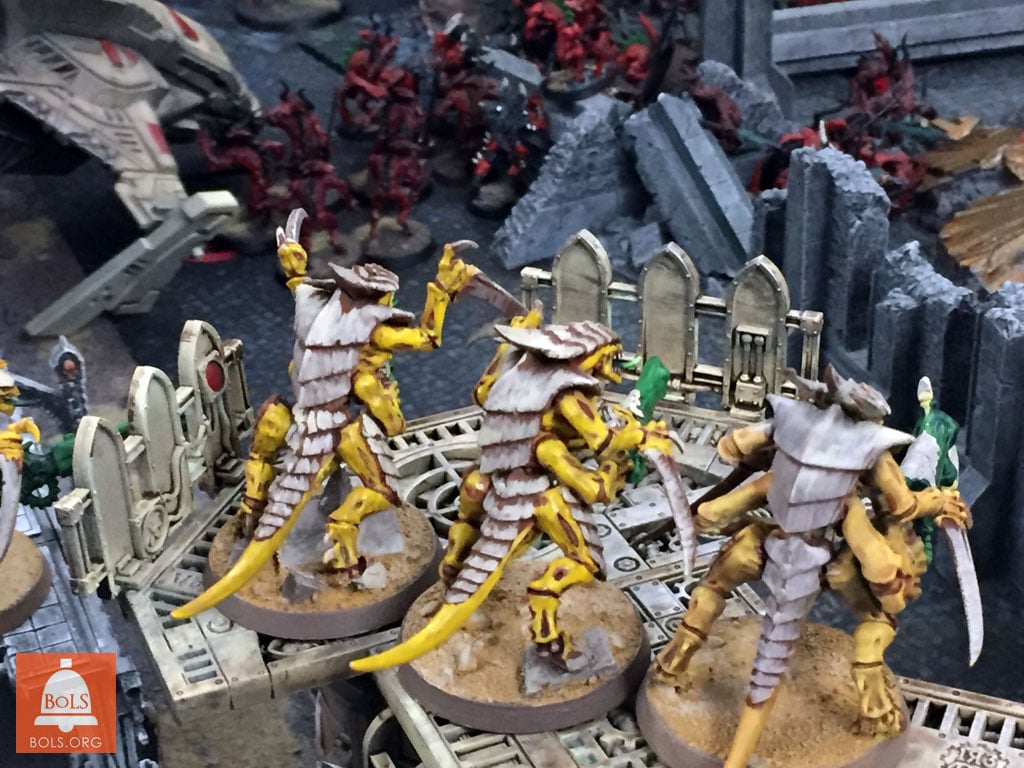