NeverQuest – Now THIS is Pod Racing

For our 20th Episode Spectacular, our heroes race on the backs of a pod of skywhales.

NeverQuest is BoLS’ own celebration of the fact that we live in a world where you can listen to all of 2112 at once and it’s not even considered illegal, like even a little bit. You can expand your horizons, send your body careening through a mindscape that transcends time, space, and reality, and then be back home in time for dinner.

Except there’s a nagging little doubt at the back of your mind as you bite into the delicious golden brown biscuits that your spouse has cooked up special–maybe it’s the subtle way they’ve incorporated rosemary into the mix, with a hint of garlic in the butter, or maybe it’s the way little Susan and James have been getting along.

You remember how they used to fight all the time over who got to eat the last slice of turkey, but here you are, enjoying a nice dinner followed by a drive through the country. This is the sort of thing you don’t really get to do–you remember back country roads, winding through tall trees, the wind whistling by as you looked out at a world that stretched out towards forever, trying to find all the letters of the alphabets on the intermittent street signs, and now here you are with kids of your own. Where does the time go? But then there’s that sliver of doubt.

You turn on the radio and there it is, a song crackling in the static and as it reels, you realize–you’re still back in your chair, listening to the closing strains of 2112. Was any of that real? Was it all a dream?

To celebrate the ephemeral, fluctuating nature of reality in this crazy mixed up world we play Dungeons and Dragons. Each week our team of adventurers takes on dungeons, dragons, and parts in between. This week our heroes end up exploring the center of the planes–Sigil, the City of Doors. Can they survive? Or will they end up crossing the Lady of Pain? Find out on NeverQuest.

Come join us for adventures in PlaneScape–it’s one of my favorite settings. I’ve been excited to get to this part of the campaign. Trapped in Sigil, Harrowmont’s Heroes prepare to race for their chance to escape. Their plan is to enter into the Sigil Invitational, a massive city-wide race with the prize of a portal key or possibly spelljamming helm (among fortune and glory) and with it freedom. But in order to enter the race, first they’ll have to qualify.

But when Harrowmont’s Heroes cook up a plan, it almost never goes the way you’d think. 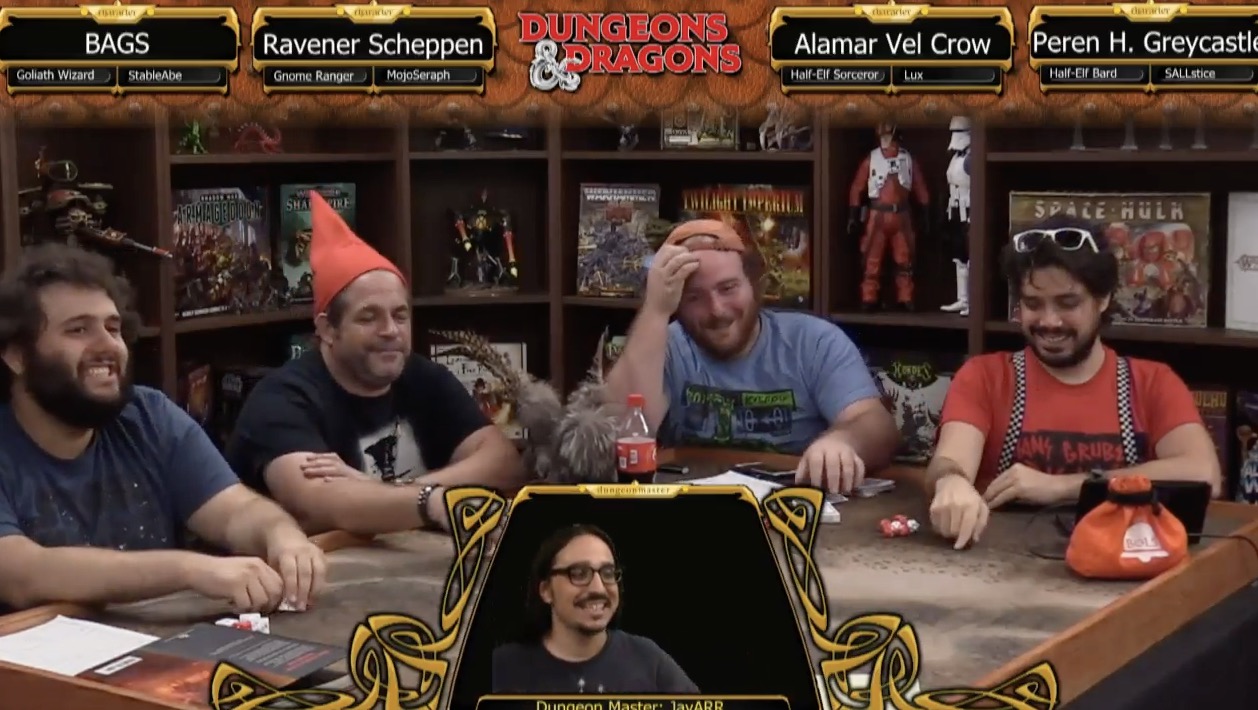