Next Week on GW – Blood, so much Blood

Whether in a bowl or on an angel, next week is going to be a bloody one.

That’s right, it’s a good time to be a Dracula or a Tarantino, because there is blood like everywhere in the upcoming week for GW. Let’s take a look.

Codex: Blood Angels brings the scions of Baal into the new era of Warhammer 40,000 in full. This is one of the most exciting codexes in the post-Gathering Storm galaxy, featuring a wealth of new lore and a huge volume of new units, too. Inside, you’ll find how the Blood Angels are recovering – and even thriving – after their world was almost annihilated by Hive Fleet Leviathan, and how the latest wave of Primaris reinforcements are being accepted by the rest of the Chapter. 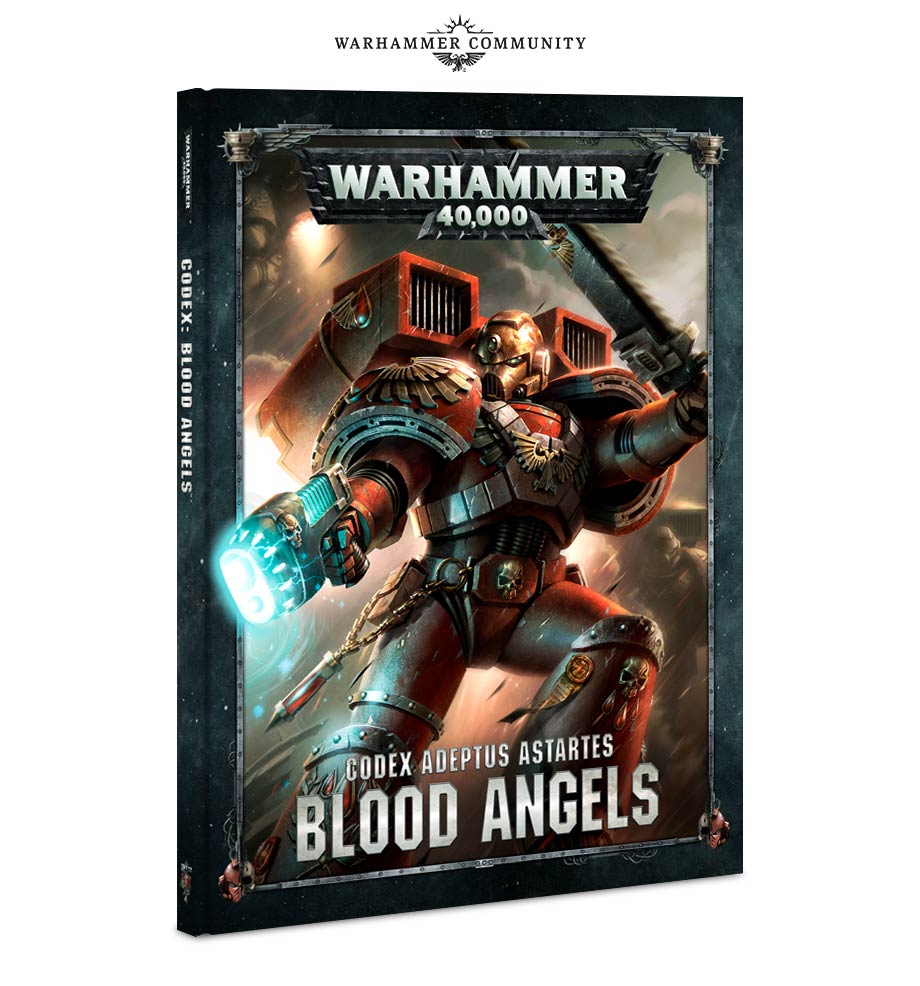 Of course, a new codex means stratagems, warlord traits, relics, and so on. But it sounds like the Blood Angels will be getting some sweet heavy infantry options in the firm of some terminator-clad units.

You’ll now be able to clad the Archangels – the legendary, Terminator-armoured first company of the Blood Angels – in Cataphractii and Tartaros armour, diversifying the range of tactical options available to you. If you prefer aerial warfare, this codex sees the Blood Angels gain access to the popular Stormhawk Interceptor and well as the Stormtalon Gunship.

The Storm____ is a surprise to no one. But, that Tartaros armor could be pretty cool, depending. We also know that there’ll be a whole bunch of options for Primaris Pals to pile in, so to that end, GW has some custom kits ready to make your Hellblasters all sad and vampiric. 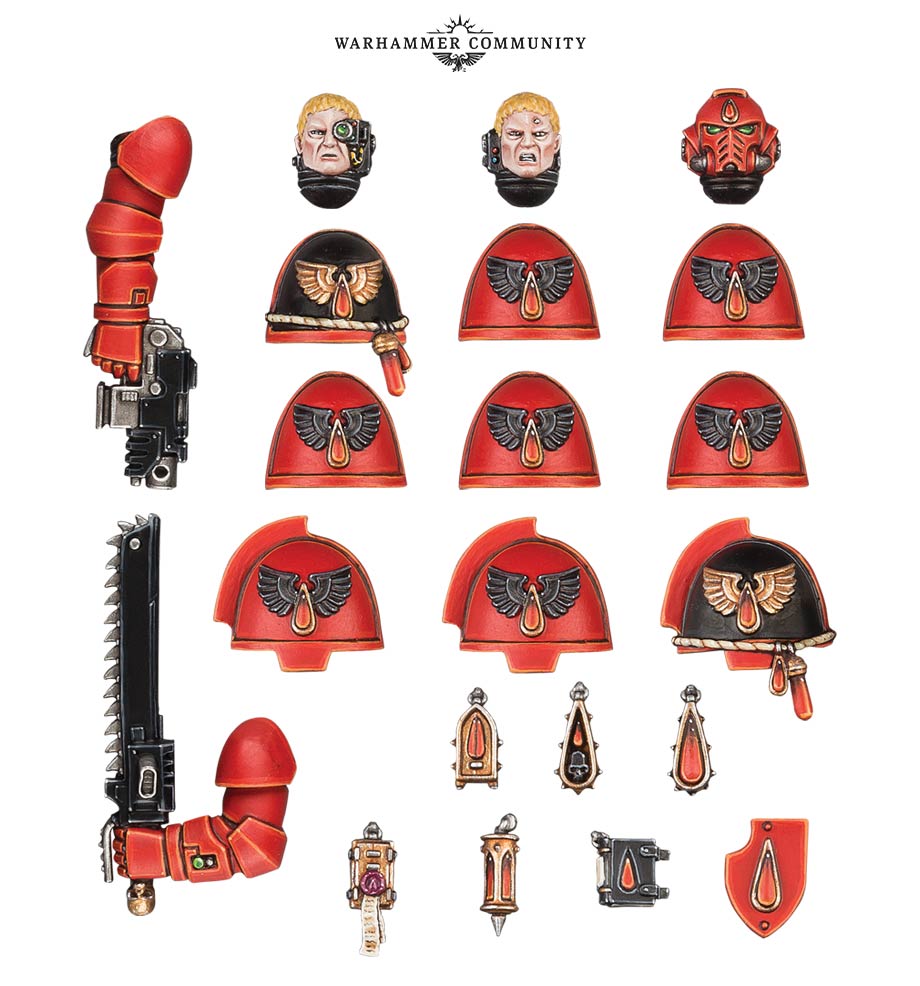 The new codex will also see the Blood Angels able to add a range of Primaris units to their army. To help, there’s a series of kits on the way, each featuring a unique Blood Angels upgrade frame containing weapons, shoulder pads and heads designed to make your squads fit with the rest of your Blood Angels collection. This frame will be available separately, too! 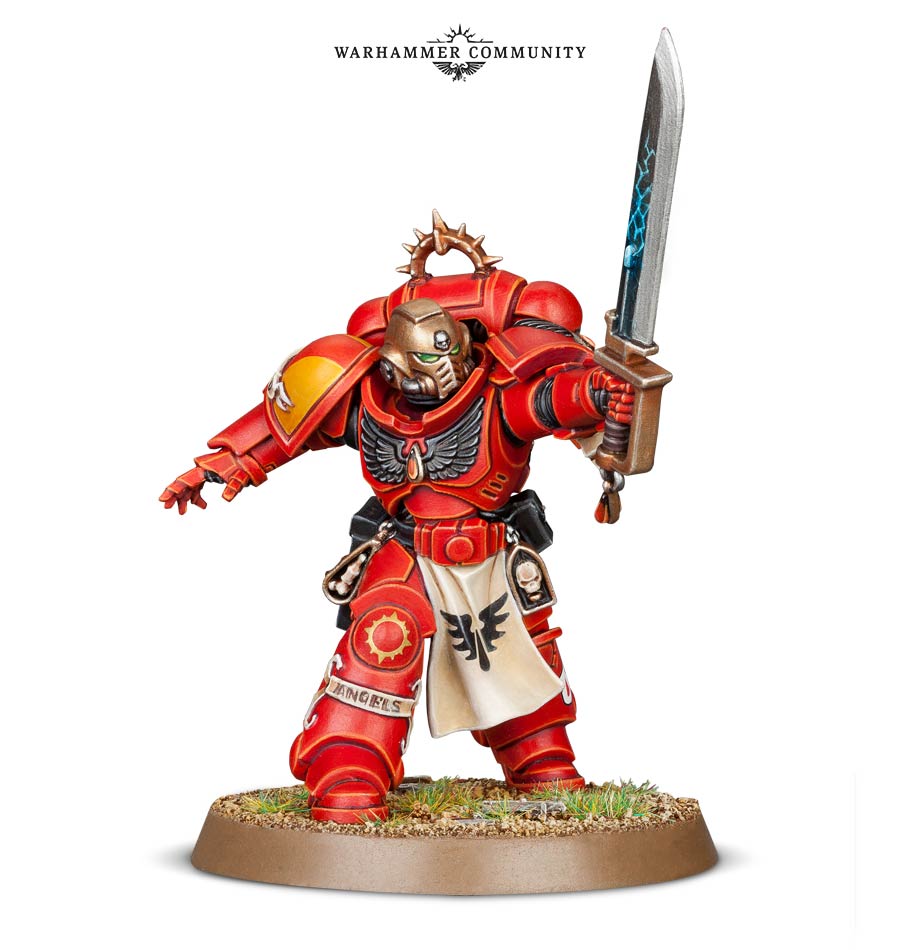 Finally, the just-revealed Lieutenant Tolmeron will be available to pre-order alongside the codex, making for the perfect leader for the rest of your Primaris Space Marine forces.

Speaking of blood, we heard you liked blood, so we  rounded up some blood and put it in a bowl for–oh, nevermind, I’m informed it’s the game, not am actual bowl of blood. And they’re getting an Elven team, the Elfheim Eagles: 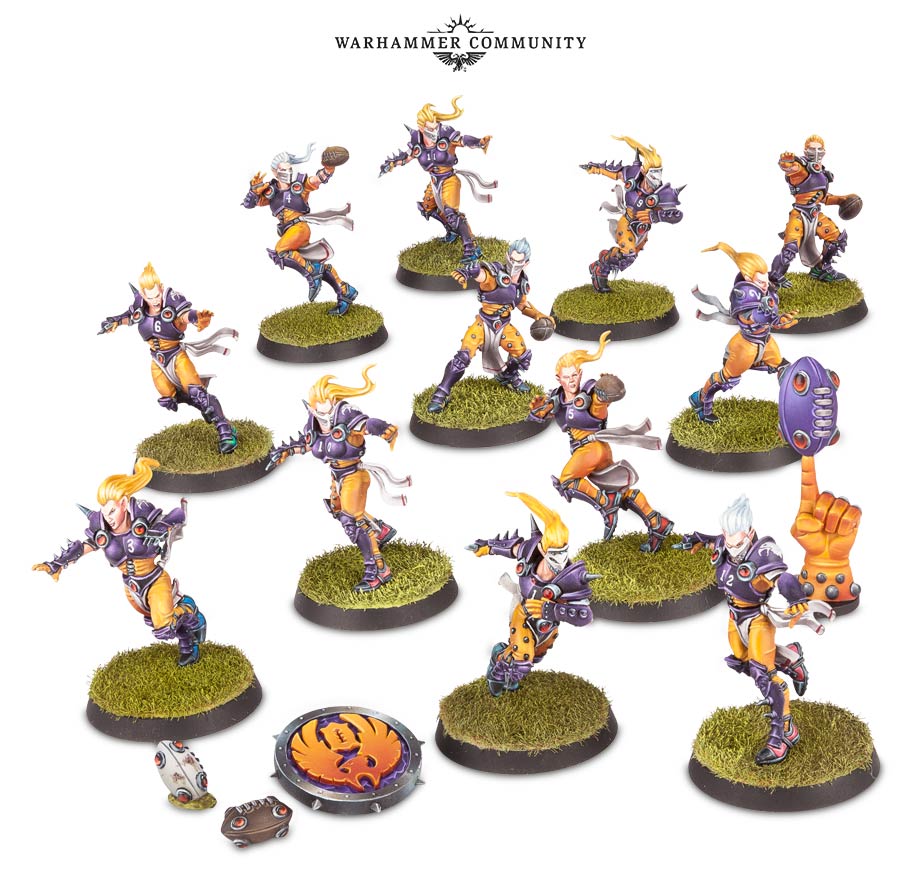 These guys are one of Blood Bowl’s most talented teams, using speed, skill and a healthy helping of arrogance to rise to the top of their league. They’re in plastic, too, making building and customising yours easy.

And all of that comes with a range of accessories, most importantly though, the Inaugural Blood Bowl Almanac: 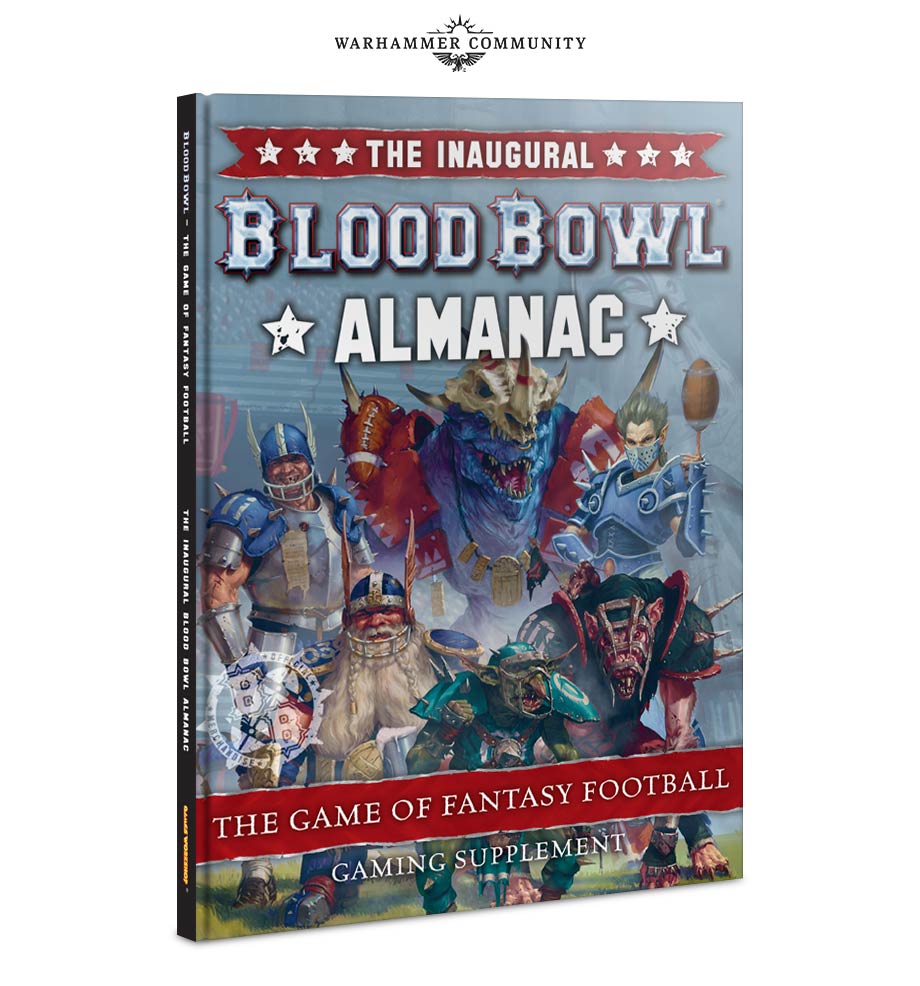 The inaugural Blood Bowl Almanac is the perfect companion for every Blood Bowl player, combining rules from Death Zone Season One! and Death Zone Season Two!, plus much more besides. Within, you’ll find rules for everything from running your own leagues to arranging sponsorships for your players and using squigs as balls.

Whatever your flavor, GW has the right type of blood for you.