Pimpcron: Does Power Armor Have a ‘Restroom’ Port? 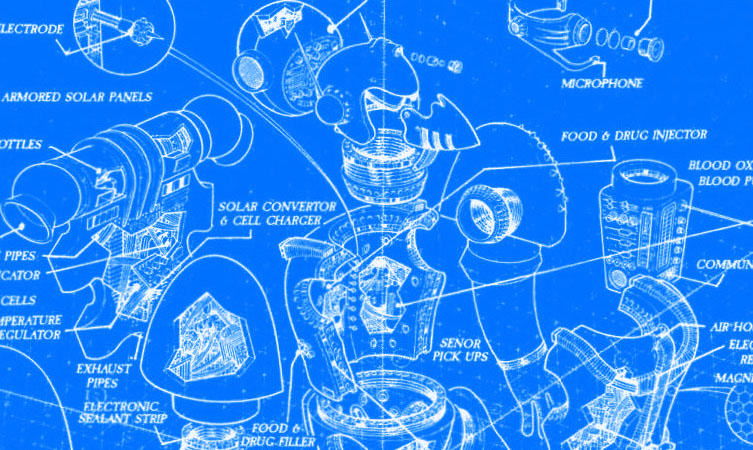 I had some questions, so I found some answers.

Blogging on the only topic I’ve ever known.

And I’ve made up my mind, I’m not wasting no more time, here I go again!”

Hey y’all! How is it going? The one and only Pimpcron is here this week with an article to answer those hard questions we all wonder. And you can help answer them by commenting. 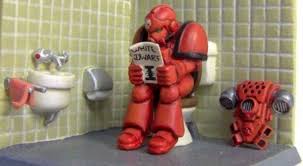 So these guys are super humans and all, but I’ve never read anywhere that they had their waste orifices sewn up. So let’s say you are in the heat of battle decapitating heretics and the like (you know how you do), and suddenly the Chaplain’s famous Texas Tyranid Chili comes back to haunt you. You can’t just turn and run, but in turn, running will happen if you don’t. Down your leg. Is there an “exhaust” flap in the back that a friendly servitor could open for you to “vent your plasma”? See, these are the questions that keep me up at night.

A: Well, from what I can find on the internet, Space Marines use almost all of their food they eat (which isn’t much apparently) and only minimal amounts of waste are produced. Their body burns everything else up. Just stay away from the Chaplain’s chili.

Do Chainswords Run Out of Gas? 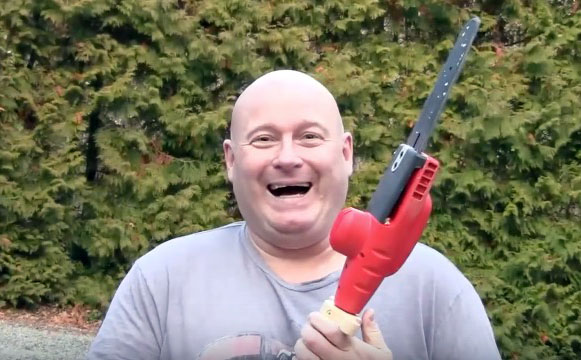 Chainswords are cool, and oh so “metal”. But how do they work? If you went up to a Techpriest he’s probably say “Bruh, I have no idea. Did you ask its spirit how it works?” If they are gasoline-powered like you’d assume being that they are a variant of a chainsaw, where is their gas tank? If this is the real way they operate, I want them to FAQ chainswords to Once Per Battle use weapons. That tank is tiny if it’s just hidden in the handle like that.

A: After some sleuthing, I discovered that some variants do appear to be powered by Prometheum (gas) but vary in fuel efficiency. Others are powered by “self-sustaining generators”, whatever that means. Prayer. I bet it’s prayer that makes these engines of murder run. Moving on.

Why Do Some Sisters of Battle Have White Hair?

What is their deal? Is this the chapter that is only made of cougars? It’s like the Golden Girls threw on the armor of contempt and now deal death in the name of the Emperor. Rose with a Heavy Flamer, Dorothy is a Tank Commander, Sofia is wielding dual Powerfists, and Blanche’s Servitors have very … odd arm attachments.

A: Actually, while many people think all SoB have white hair, it is primarily just the “Order of Our Martyred Lady” Chapter. They dye their hair white in remembrance of the founding of the Sisters of Battle when their leader’s hair turned white when she met the Emperor. I can only assume he was hiding behind a fern in the Throne Room and jumped out in front of her. Man, haha, he totally spooked her.

Why Do Orks Love To Fight?

This may seem like a joke at first, but there has to be a real reason behind why Orks fight, right? All of this violence can’t just be left-over aggression from a soccer riot millions of years ago. Or could it? 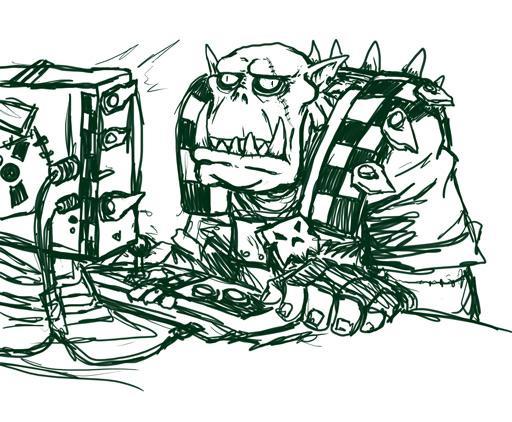 Except this one, he only wants to play WoW.

Actually, the funny thing is, is that the reason why they love to fight has been explained. It is based on their robust physiology.

A: Orks have been noted as talking for a while after being decapitated and they hardly feel pain at all. They actually have a bit in common with Dark Eldar in the fact that they enjoy sensory input more than many other races (save maybe Noise Marines). So they love things that are loud because they enjoy being exposed to things that would give other races great pain. They also love to fight because they think the reaction they get while hurting other races is funny because they don’t react that way.

They are basically a bunch of jocks or football hooligans trying to show off their macho-ness by chest bumping, high fiving, and saying “bro” a lot. But all of those things I just described are for squishy, soft, weak humies. Their version of being a good “Bro” is blowing things up, fist fighting over literally nothing, knocking each other’s teeth out, taking each other’s stuff by force, and then maybe finishing out the day by laughing at the little Eldars as you beat them senseless.

The other, maybe real reason, behind their love of war is that they were speculated to be bred for fighting by the Old Ones. They were supposedly created to be shock troops, but were bred too durable and outlasted even the Old Ones.

Why Am I So Ugly?

~Did I get anything wrong? What are your burning questions? I bet our comments section can answer them.