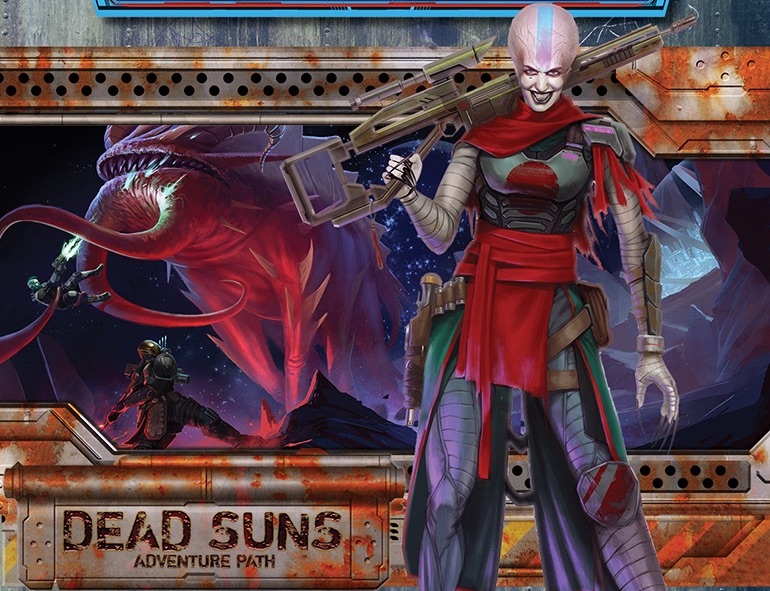 Between the space pirates and asteroids–the Diaspora is a dangerous place. Doubly so now that a Corpse Fleet has been called up…

The next segment of the Dead Suns adventure path is out–which, for those of you playing the home game, is the first official adventure path for Starfinder–and in it, heroes must face down Space Pirates and other dangers, though if you’re like me, when you read the phrase Space Pirates you immediately threw money at your computer screen and shouted at it to just let you have some space pirates already.

But even if that’s not the only thing you’ve ever wanted in a game, the Dead Suns adventure path has been a blast so far. The sinister cult of the Devourer is rearing its ugly head, and this adventure path takes heroes to Eox, which is one of my favorite planets in the Starfinder game. Full of space-faring undead and a fleet of undead space ships which are themselves nightmarish abominations that you should probably blast out of the sky as soon as make peaceful contact with, it adds a vaguely horrific element to the game which makes for cool creepy sci-fantasy fun. 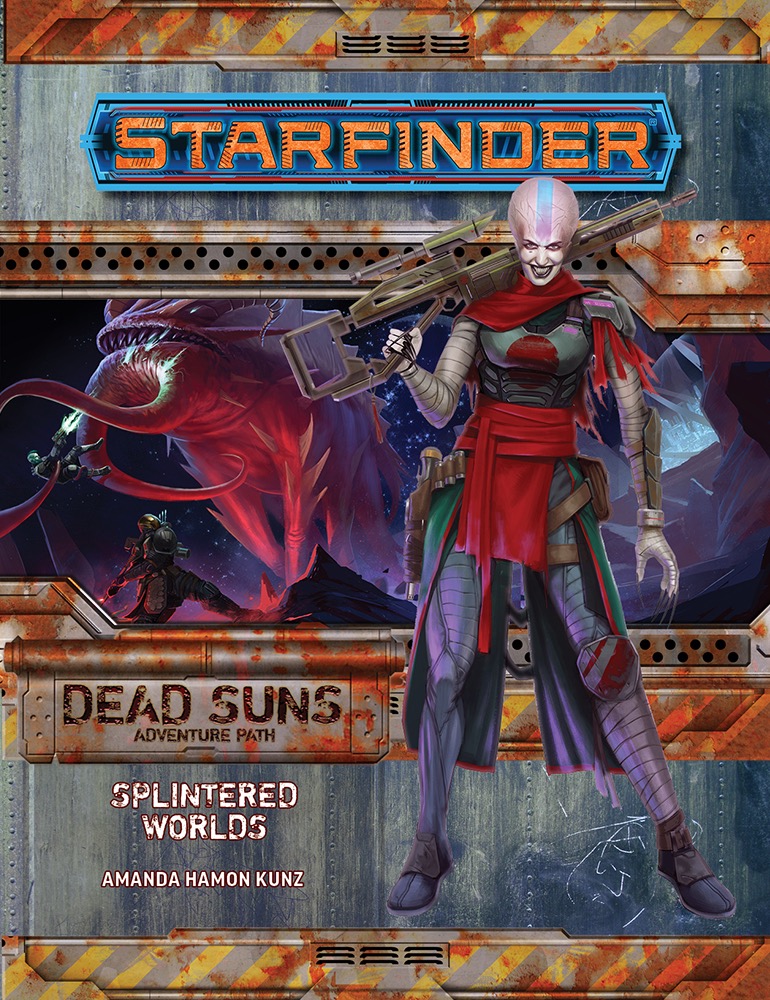 To Live and Die on Eox

Tracking the Cult of the Devourer, the heroes travel to the asteroid belt called the Diaspora, but they must face space pirates and other treacherous dangers of the asteroid field to find the cult’s hidden command post. What the heroes learn in the Field of the Lost takes them to the dead world of Eox, where they must survive both the undead inhabitants of the planet and clandestine agents of the officially disavowed Corpse Fleet. Only then do the heroes learn that the Devourer cult is headed for a distant star system in search of clues to the location of an alien superweapon!

Author: J.R. Zambrano
Bell of Lost Souls Staff Writer and DM, J.R. covers RPGs of all stripes and on occasion eats sandwiches. You can ask him about either at [email protected]
Advertisement
Paizo RPGs Rules Starfinder Tabletop News
Advertisement