The Great Devourer is upon us, today we look to the skies to see what the Hive Fleets have to offer. 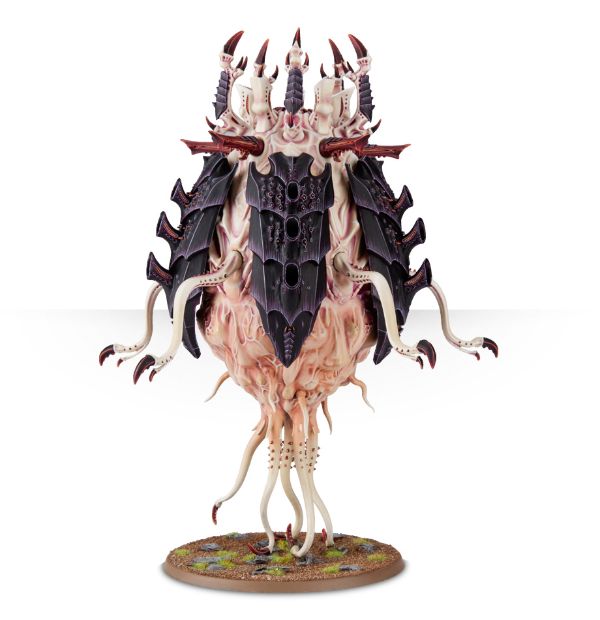 The Tyarnnocyte is the Tyranid Drop Pod for all intents and purposes. It delivers a unit of bugs from orbit to the battlefield. Unlike a Drop Pod though, it has considerably more firepower and can carry up to 20 Infantry or a single Monster with 14 or less wounds. Also unlike a Drop Pod, it can move after landing on the battlefield making it quite a bit more versatile. It’s also fairly durable with toughness 6 and 12 wounds, with a 4+ save. Often, this means it doesn’t get shot unless it is the only viable target. It’s offense–while significantly better than a Drop Pod–isn’t going to win games on its own. It is WS and BS 5+, but if you arm it with Bardbed Stranglers (and you should) they get +1 to hit when targeting units of 10+ models. As these weapons are 36″ range, assault D6, strength 5, AP-1, they’re quite good for clearing out screens as you’re pumping out 5d6 shots. You can opt for Deathspitters instead to save points, or up-gun to Venom Cannons but with the BS 5+ I would not suggest this. As is, the Tyrannocyte is a bit expensive, weighing in at 148pts with 5 Barbed Stranglers. That’s not cheap, but, you get a lot for that investment and it is an extremely common way of delivering the Swarmlord to the table. More than just putting him where you want him, it keeps him off of the table safe from being alpha struck. However, it is also a great way to deliver other, powerful units into a good position such as a Tyrannofex, or a Haruspex, etc. You can use it to deliver Genestealers too, which is quite nasty especially when combo’d with something like Swarmlord’s Hive Commander ability to make them move twice and essentially assure a charge. The real question to ask yourself though is: why take this over a Trygon or Trygon Prime? The answer for me is you do so only to deliver a Monster into battle as the Trygons are better for deliver Infantry as they are generally better than the Tyrannocyte, and have no limitation on unit size for the little guys. But, if you want to deliver a big nasty into close range, or just keep them safe from the alpha strike then this is a solid investment. 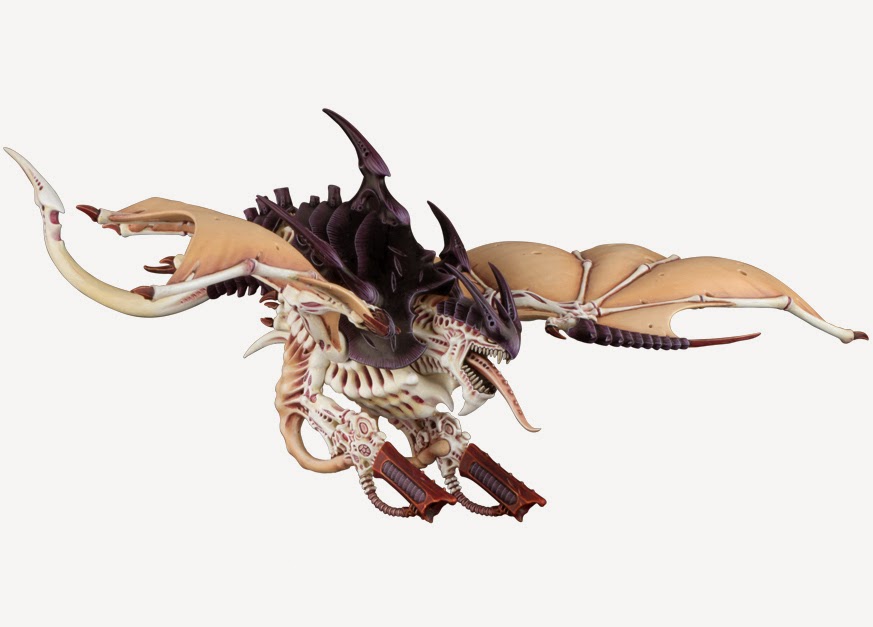 The Harpy and Crone are interesting units. Much like the Heldrake, they’re in a weird place. They’re useful, but don’t scream power at you. Being in the flyer slot means that they don’t help fill out most detachments (outside of the Air Wing, obviously). However, they are FAST. That is their best asset and if you choose to use them in your list you want to leverage that. They both have a 30″ move, WS and BS 4+, strength and toughness 6, 12 wounds, and a 4+ save. They both are armed Stinger Salvoes and Scything Wings (strength 6, AP-2, D3 damage, re-rolls of 1 to hit), and the Harpy packs either 2 Stranglethorn Cannons or 2 Heavy Venom Cannons. With BS 4+, the Stranglethorn Cannons are a good choice for the +1 to hit against units of 10+. However, with the degrading BS as it gets hurt, you will drop down a bit as it takes damage to a 5+. The real benefit of the Harpy is its ability to drop Spore Mines on target it flies over, dealing Mortal Wounds to them on a 4+. However, if it misses, you create Spore Mines which are incredibly useful for move blocking units and generally being a pain in their butt. Lastly, the Sonic Screech ability means when it successfully charges, enemy units within 1″ of it cannot swing until all other eligible units have attacked. This is really useful for swinging existing combats in your direction as it allows all of your units to swing first. Especially for squishy little bugs, this can mean the difference between winning and losing a fight. And, like the Crone, with their speed if your opponent leaves a solid shooty unit exposed such as a Leman Russ or Devastator Squad, etc. the Harpy and Crone are excellent for tagging them in melee turn 1, and stopping them from shooting. If your opponent really screws up, with the big base these models are mounted on, you can tag multiple enemy units and stop them from shooting. Likewise, with that big movement you can fly over screening units to attempt to assassinate characters by making them the closest enemy unit, shooting them and then charging. With 3 base attacks and WS4+ this really only works on low wound characters but it is a tactic that can make hay for you. Alternatively, you can use the Harpy’s speed to stay out of enemy ranges and skirmish with him, picking things off at range and waiting till late game to hunt down small objective grabbing units.

The Hive Crone is similar to the Harpy but instead of long ranged firepower, it packs in a strength 6, AP-1, Assault D6, damage 1 flamer style weapon. It also has its signature Tentaclids which are assault 4, strength 5, 1 damage. Not so crazy, but they do re-roll failed hits against units that can Fly and if the target is a Vehicle on a wound roll of a 4+ you deal a Mortal Wound in addition to any other damage and on a 6+ to wound, you inflict D3 Mortal Wounds. Lastly, he’s got an additional bonus melee attack with his Wicked Spur, which is strength 8, AP-3, D3 damage. The Crone is obviously good for taking on Vehicles with Mortal Wound output but it is a bit luck dependent. However, if you have lots of Wave Serpents or similar units in your meta then this is a decent counter.

Both units are moderately competitive choices but you aren’t likely to see them at top tables without a strategy to leverage their abilities. It’s not their damage output that makes them shine, as stated, it’s their speed. Have them come in with a multitude of other threats to overload your opponent’s ability to deal with them, and then support other units. Lastly, they’re obviously good for grabbing distant objectives. 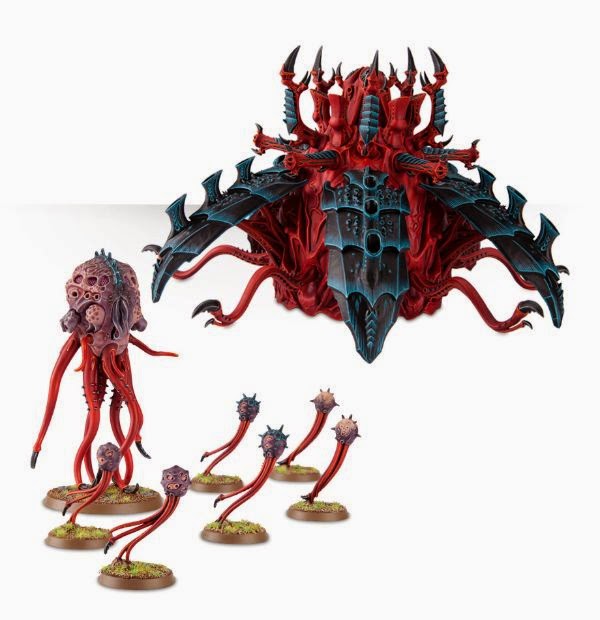 The Sporocyst is an interesting unit. It is a fortification but unlike most, it can be deep struck on to the table before the first battle round begins. This can be really useful to try and counter things like Alpha Legion infiltrators, etc. Alternatively, you can just deploy it normally. Once down it is immobile, but it has some cool rules. For one, if within 12″ of a unit with Synapse it also gains the synapse ability. It also generates additional Spore Mines or Mucolids (and these do not cost points in matched play games) at the end of every movement phase which appear within 6″ of it and more than 1″ away from enemy models. This also means if enemy units are near it, and you create the mines within 3″ of them the Mines will automatically explode in the charge phase. Also, if you deep strike them as close as possible to enemy lines, their mines are going to be charging turn 1 if you want, and causing quite a bit of damage. Additionally, it’s Spore Node fires a single shot at an enemy unit within 9″ and if it hits, deals Mortal Wounds per the Mucolid rules, and if it misses creates another Mucolid or Spore Mines. That is a lot of potential Mortal Wound output and a lot of additional annoying little units your opponent needs to deal with. As the Sporocyst can still shoot even if enemy units are within 1″ of it, you can consistently pump the mines things out until it dies. At toughness 6 with 12 wounds and a 4+ save, that isn’t too hard to do if your opponent is hitting you with anti-tank weapons, but it will last quite a while vs. small arms fire. Lastly, it also packs 5 other guns exactly like the Tyrannocyte and like it, I recommend the barbed Stranglers for range and the potential to increase your BS when targeting larger units.

At only 129pts with the Barbed Stranglers, that is not a terrible buy. However, where it gets really funny is in the fortification detachment where dropping 3 of them down before the game starts to block enemy deep-strikers and infiltrators, then spitting out mines every turn would be super disruptive to your opponent, particularly if they are playing an army that is trying to move up the field. Against some armies, if you go first, it will be extremely difficult for them to ever get out of their deployment zone until they can destroy the Sporocysts. This leaves time for your army to do its thing and in the right scenario will win you the game quite easily.

~Thanks for reading along and I hope this advice has proven useful to you! What Tyranid units are working best for you?

Author: Pablo Martinez
Warhammer 40k analyst, tournament reporter and Ultramarines enthusiast, I'm the man behind the 40K podcast: Signals From the Frontline. I seek to gather more knowledge about the Warhammer 40k and share it to unite both hobbyists and gamers. I began writing for BoLS in 2016.
Advertisement
Rules Tactics Tyranids Warhammer 40k
Advertisement 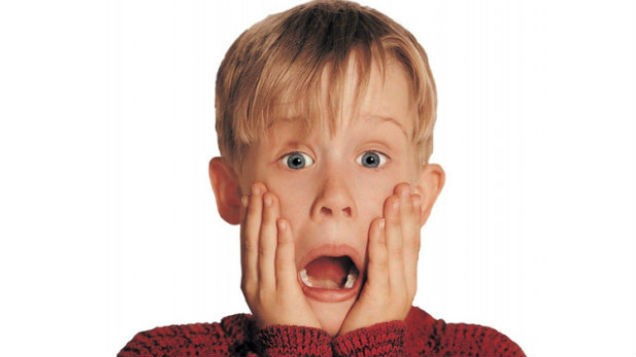