Utilize Your Portal Gun To Defeat The Council of Ricks 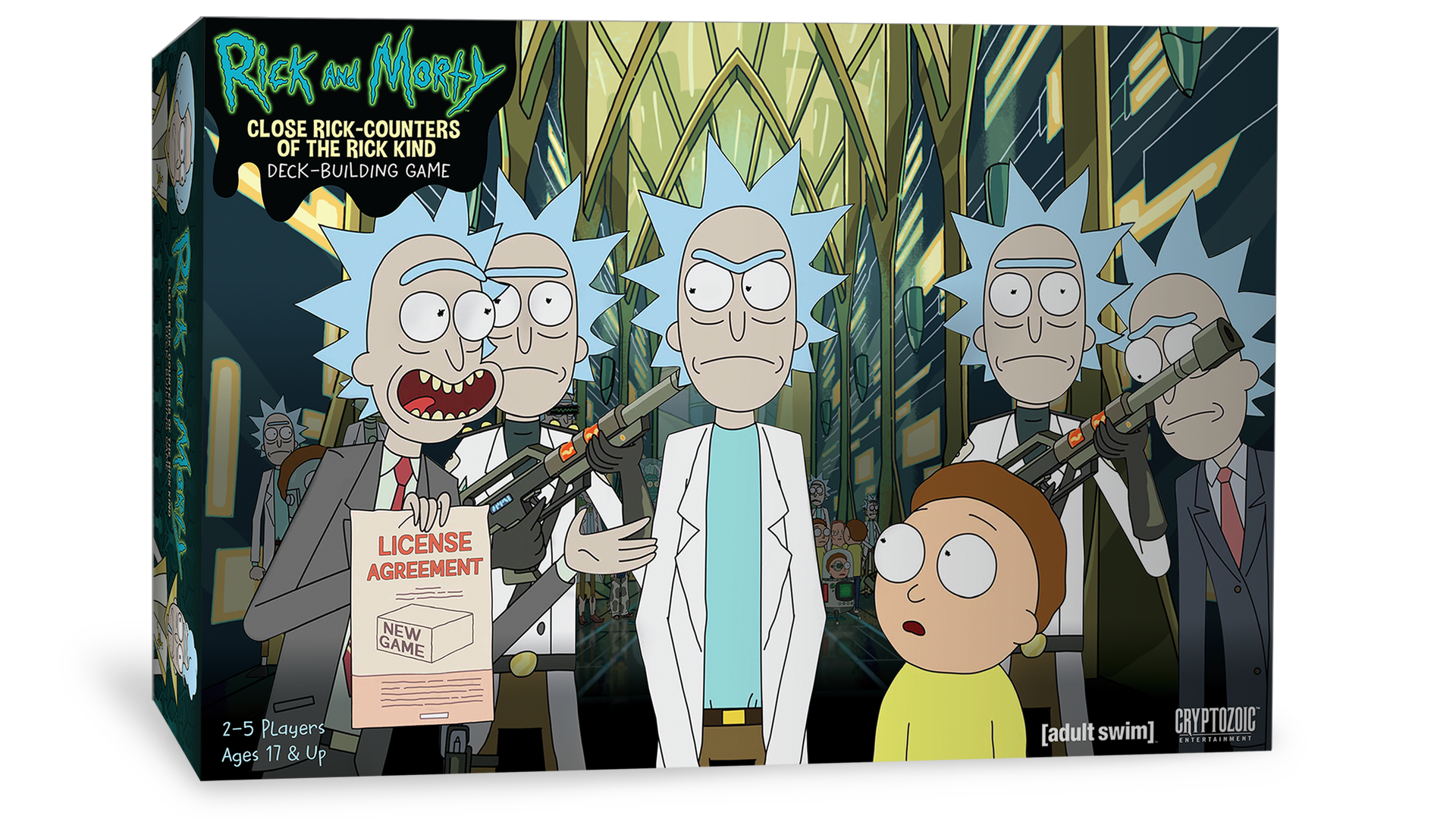 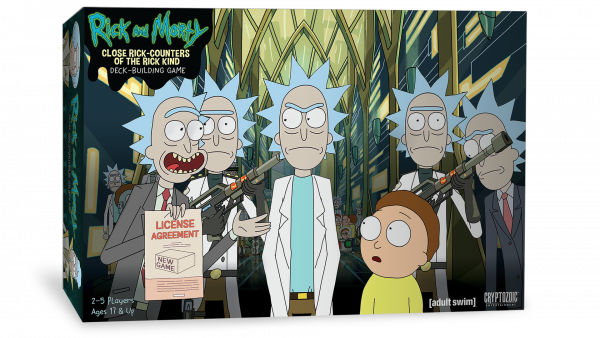 Can you take down the Council of Ricks before they get too annoying and self-righteous in Cryptozoic’s latest deckbuilder?

Rick and Morty: Close Rick-Counters of the Rick Kind Deck-Building Game is, shockingly, a competitive deck builder based on Adult Swim’s hit series Rick and Morty. Players work to attempt to take down the Council of Ricks and Evil Rick. Throughout the game, players will use Portal Guns which unlock other dimensions, including many of the bizarre locations seen within the series. The game features tons of different types of cards, and many different Ricks and Mortys.

Like all deck builders, you start with junky worthless cards you can’t wait to trash. Naturally, these worthless, useless cards are Beth, Summer and Jerry. However, as players pick up more cards throughout the game, they may find some use for the family after all. Each time a player uses a Portal Gun card, they can flip the top card of the Location Deck and utilize that location on their turn or purchase the card and keep it in their deck. Once Evil Rick is defeated or the players can no longer add cards to the shared play area, the game ends.  Players tally up their victory points and whoever has the highest total wins!

Cryptozoic has made the rules available online. 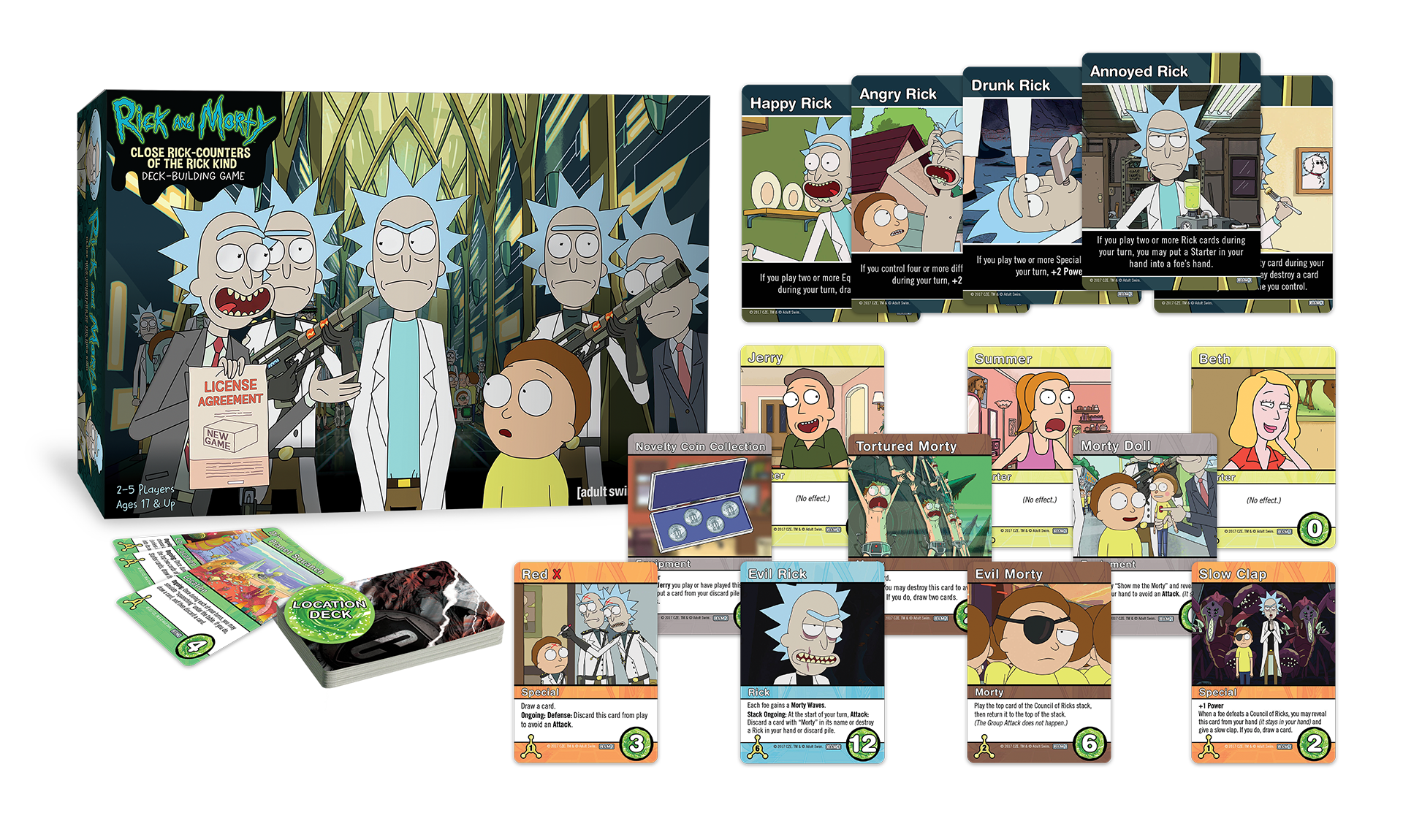 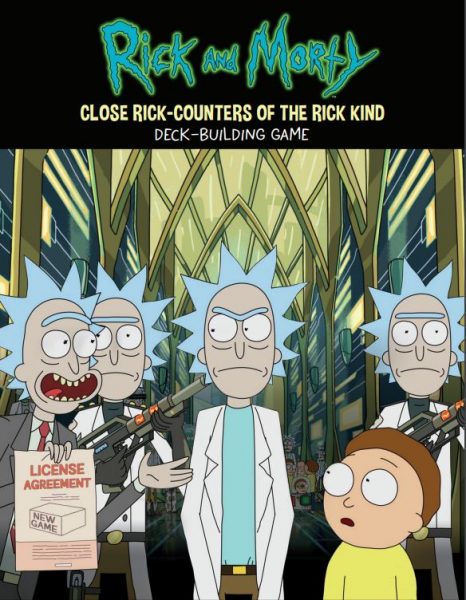 Wubba Lubba Dub Dub! The bad boys of animation are back in this exciting new Rick and Morty-themed deck-building game. Based on the bizarre dimension-hopping episode mentioned in the title, this game goes to places the Cerberus Engine has never been. Literally. The typical “Kick” stack has been replaced with Portal Guns, which can be used to access the unpredictable and awesome Location Deck. These Locations can be used that turn and then they go away, but you can also buy them if you think those alternate dimensions will aid your strategy.

~Who’s picking this one up?

Author: Matt Sall
Matt has loved games of all kinds his whole life: board, video, war, roleplaying. He's worked as a writer for BoLS since 2017. He's worked as freelance editor for board game rulebooks and has designed many of his own games as well.
Advertisement
Board Games Card Games Rick & Morty Tabletop News
Advertisement