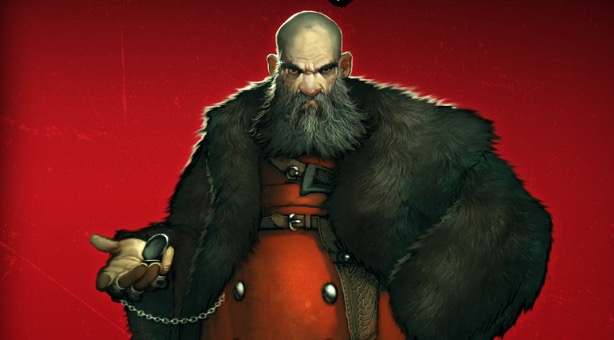 It’s everyone’s favorite day, preview day! The Bureaucrat knows that and does his best to make as many allies as he can in Malifaux.

Malifaux is a place where a look can be just as deadly as any blade or firearm.  The Bureaucrat knows that and does his best to make as many allies as he can in Malifaux.  The Bureaucrat then uses those allies to get what they need done.  Now let’s take a look!

The Bureaucrat is a social pursuit that revolves around the using political favors to solve problems. Characters who begin the game as Bureaucrats start with a powerful Fatemaster character (such as the President of the Union or the Governor-General) owing them a big favor, but even if a character decides to become a Bureaucrat later in their career, they still gain the ability to call upon their network of allies for favors of increasing magnitude. Need an invitation to a high-class dinner party or a meeting with a notorious smuggler? There’s a good chance that a Bureaucrat knows someone who can make it happen.

Bureaucrats can also draw upon their network of allies to learn information about specific people, such as which faction arranged for someone’s arrival in Malifaux, where they live, who their known associates might be, and what sort of things the subject of their interest has been doing over the past month. This makes Bureaucrats experts at gathering information and solving problems. Plus, with their Plausible Deniability Talent, they can discard a card to avoid any sort of repercussions from being accused of a crime (other than a few scandalous rumors, of course).

While it’s obvious to see how a Bureaucrat might function within the framework of the Guild, this Pursuit also works well for Ten Thunders information brokers, Neverborn spies, and politicians of every conceivable allegiance. ~Head on over to the Wyrd forums to discuss your ideas for this new pursuit!