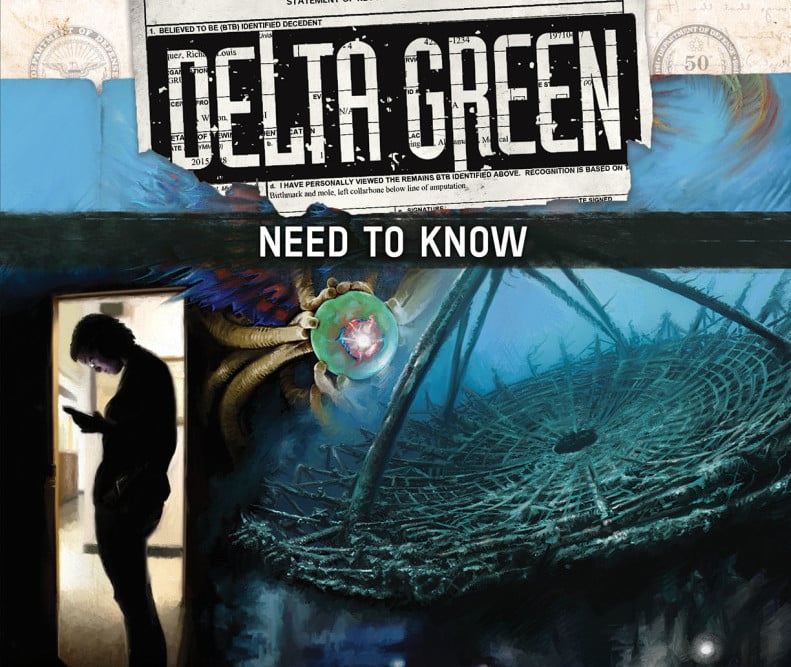 Join Matt, Abe, JR, special guest Mark Treat, and guest Game Master Terry Wisenant for our first playtest of the modern-day Cthulu style RPG system, Delta Green! Deception is a right. Truth is a privilege. Innocence is a luxury. Born of the U.S. government’s 1928 raid on the degenerate coastal town of Innsmouth, Massachusetts, the covert agency known as Delta Green opposes the forces of darkness with honor, but without glory. Delta Green agents slip through the system, manipulating the federal bureaucracy while pushing the darkness back for another day — but often at a shattering personal cost. Last Things Last: Clyde Baughman was an active Delta Green agent from 1967 to 1970, and an infrequent “Friendly” during the late Nineties. Four days ago he died in his apartment of a massive heart attack. Delta Green has learned of this and has tasked the nearest available agents to conduct a sweep of his apartment to remove any evidence of the organization.
The preceding paragraph is the only piece of this scenario suitable for ordinary players. From here forward it’s for the Handler’s eyes only. We are about to reveal everything. You have been warned.

Author: Larry Vela
Dad, Gamer, Publisher, Pilot, Texan. All games all the time since junior-high. I started BoLS Interactive in 2006. I’m a lifelong tabletop & RPG gaming enthusiast, and internet publisher working to entertain and inform my readers every day. I've been playing RPGs and Tabletop Games since the 1970s. I'm been playing and covering Warhammer and Warhammer 40K for over 35 years.
Advertisement
Cthuhlu RPGs Twitch
Advertisement