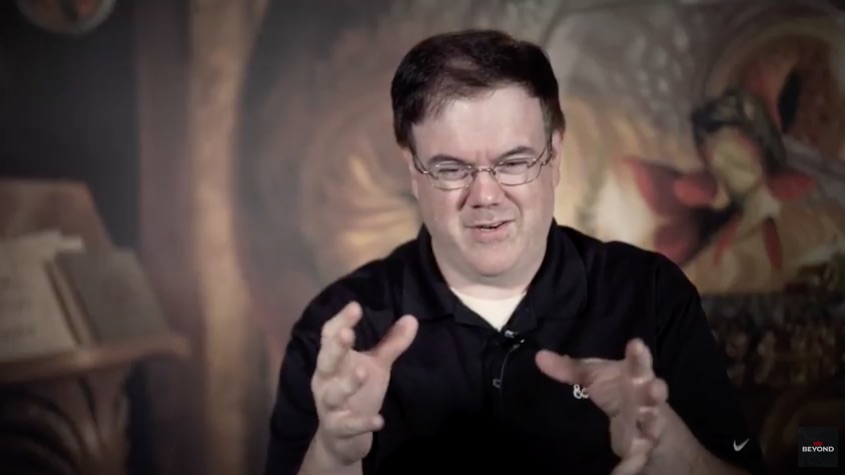 Mike Mearls took to Reddit yesterday, answering questions and giving us few more details about what the future holds for D&D.

Yesterday was Mike Mearls’ big AMA day. With over 900 comments, and a few hundred questions to go through, there’s a lot of stuff there, whether you’re looking for insight into game design, how to get involved at Wizards of the Coast, or different ways to to incorporate challenges into your game, you can find it in the AMA. Of course, there’s also a few teases as to what we can expect to see in 2018–we’ve selected a few answers here for your edification.

First up. a few collected thoughts on game design and the 5th Edition experience in general.

I love this–discovery is a great substitute for exploration in terms of objectives. Discovery is exploration with a goal. As a DM it’s easy to think about an encounter or a scene or a location/plot element as “what are the players discovering.” This way when players stumble across something cool, there’s a purpose for it. Even if that purpose is, you find a cool piece of lore about the world, it helps you plan things out with intention. You can see an example of that style of thinking in the Tomb of Annihilation.

Mearls even comments on that in the AMA.

Those proposed travel rules make it a little easier to get to the meat of the experience. This fits with the 5th Edition streamlined, but still fun design in general.

5th Edition seems to be all about that balance between accessibility and enjoyment, and as more people with diverse gaming experiences pour into the game, I imagine we’ll see a change in the overall paradigm, as well as different kinds of adventures. We’ve already seen a wide variety between say, Curse of Strahd, Storm King’s Thunder, and the Tomb of Annihilation. There’s a spectrum of experiences getting filled in.

Of course the real exciting stuff is what we can expect to see in the next few months. There were many questions about the Artificer and Mystic in particular, I’ve tried to grab a summary for those of you who have leearned the hard way why Reddit and Work (well productivity at work) don’t mix.

As you might know, the Artificer and the Mystic were reported to be revised and back up for playtesting earlier next year, possily for inclusion of the rumored planar setting book coming out in 2018. The Mystic has been moved back–and it’s pretty clear that they want to tie it to settings: Dark Sun for the psionics and Eberron is for the Artificer. All this to say, it sounds like that Planar Book might not be the one coming out in May, but that it should still feature the Mystic (and possibly the Artificer, though they might still be out in May).

Eberron provides the most delicious of flavors.

The Unearthed Arcana has proven to be a fairly successful pipeline for both testing and previewing upcoming material.

Speaking of Unearthed Arcana (and who knows what subclasses we might see there soon), here’s a look at some other things we might get to see in an upcoming UA.

And speaking of Planar Expansions…

Spelljammer will apparently be included “with some modification” but it’s definitely coming back to the game. Eberron and Planescape and Dark Sun make four things confirmed to be a part of the Canon. 2018 is going to be fairly exciting, folks. 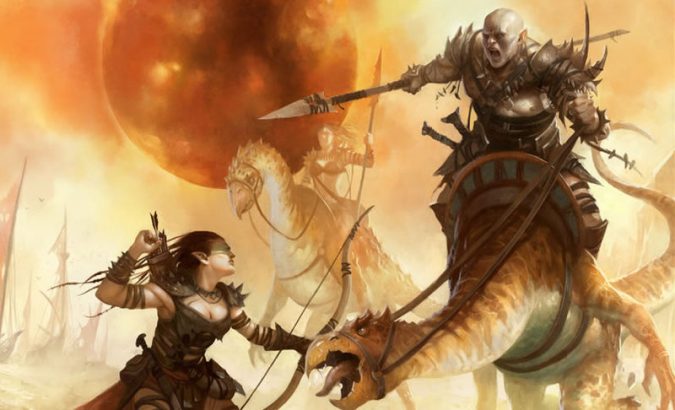 Two last Q’s, one about making the jump from Dungeon Master to Dungeon Designer: 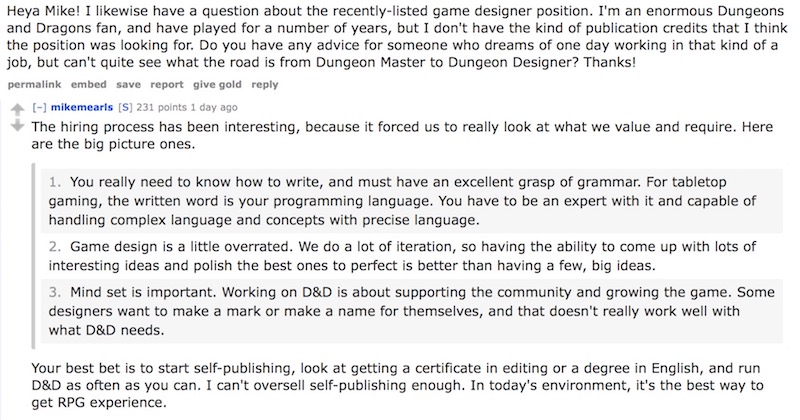 And one last little mystery to leave you with.

That’s it for now folks. As we said, 2018 is going to be an exciting year for D&D–we’ll keep you up to date with more news as we find it. In the meantime you can find the full AMA linked below.

Read the AMA with Mike Mearls