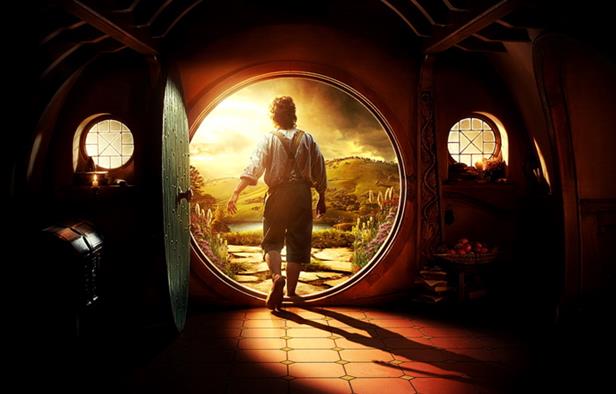 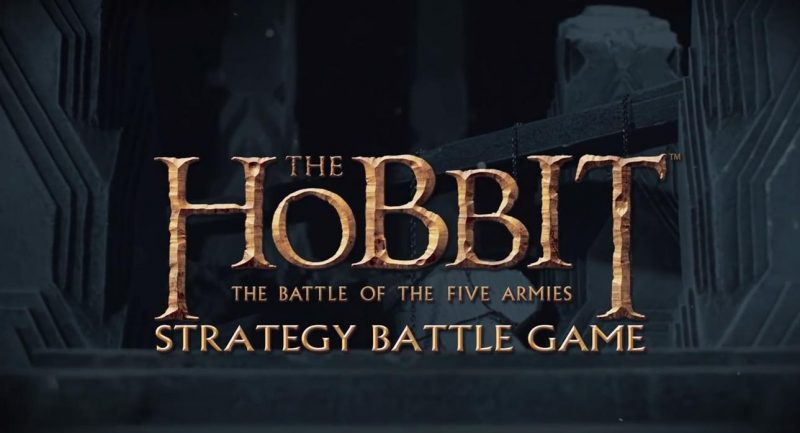 The final batch of pre-orders from 2017 are up now from Games Workshop! 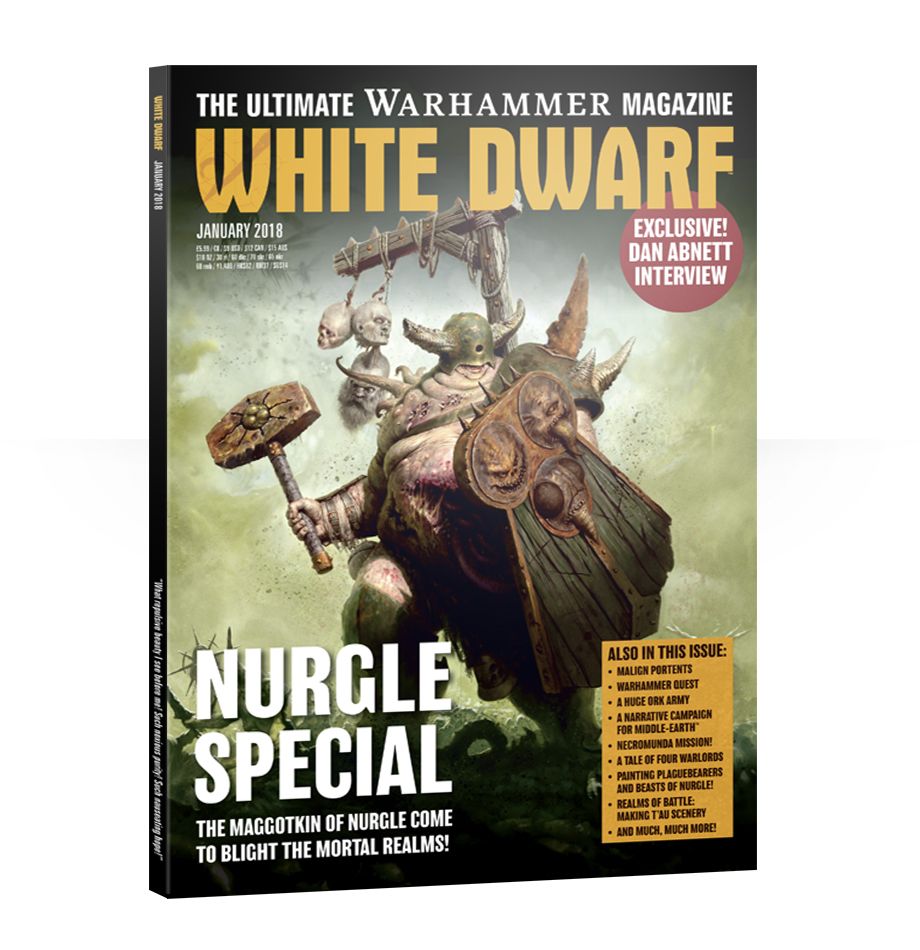 The New Year brings a new White Dwarf and this one, fittingly, fresh with rancid new life bestowed upon the world by the blessings of the Plague God Nurgle. There’s a host of pestilent new releases and we take a look in disgusting depth with Designers’ Notes, Paint Splatter, the Battle Report and more! We celebrate the New Year further with a host of features on the theme of New Year, New Army, plus some awesome new rules and scenarios in the shape of more new goings-on in Hammerhal, a new narrative campaign for the Middle-earth Strategy Battle Game and a new Necromunda scenario. Pick up a copy now for all of this and much, much more. 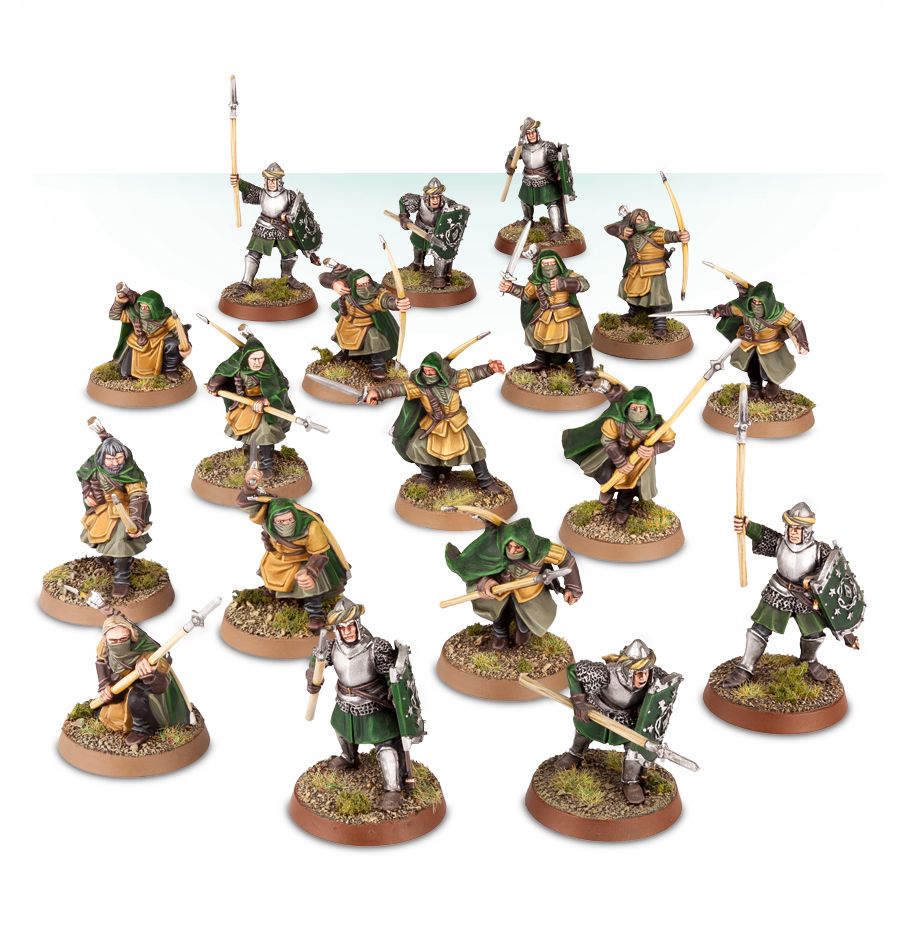 All the miniatures you need in order to field an Arnor Battle Company, as found in the Battle Companies expansion for the The Hobbit: An Unexpected Journey™ Strategy Battle Game, are here. Included:

– A set of 6 resin Warriors of Arnor;
– A set of 12 plastic Rangers of Middle-earth. 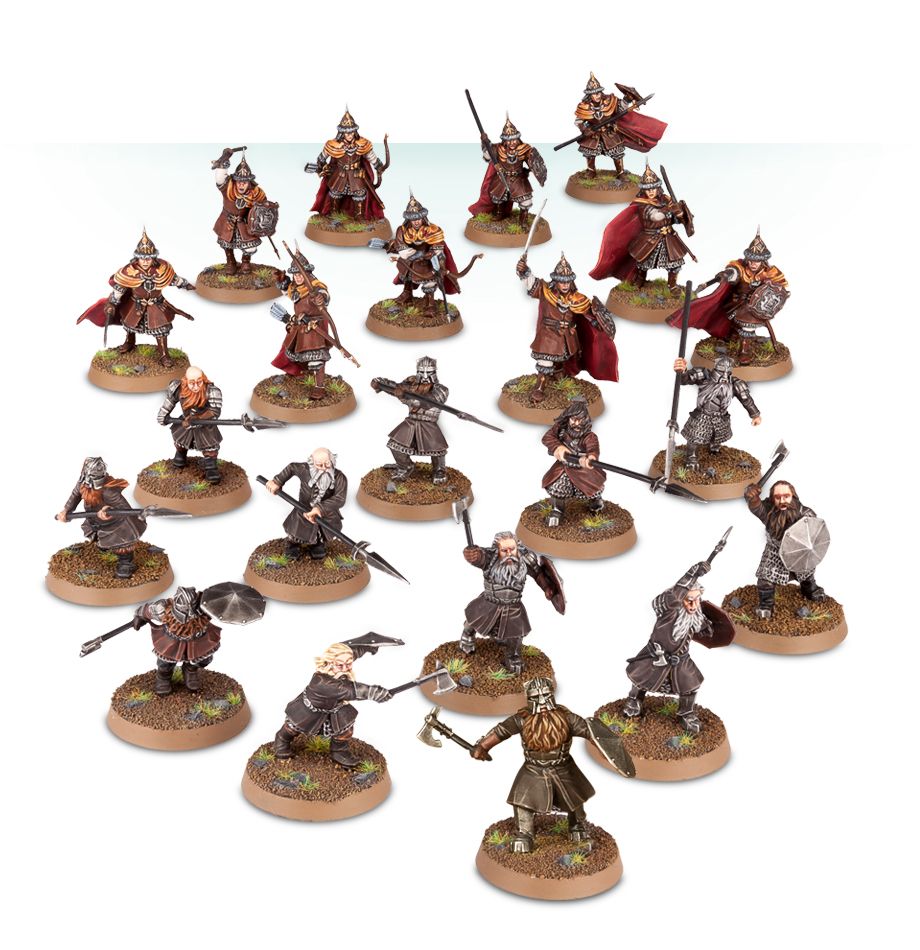 All the miniatures you need in order to field an Erebor & Dale Battle Company, as found in the Battle Companies expansion for the The Hobbit: An Unexpected Journey™ Strategy Battle Game, are here. Included: 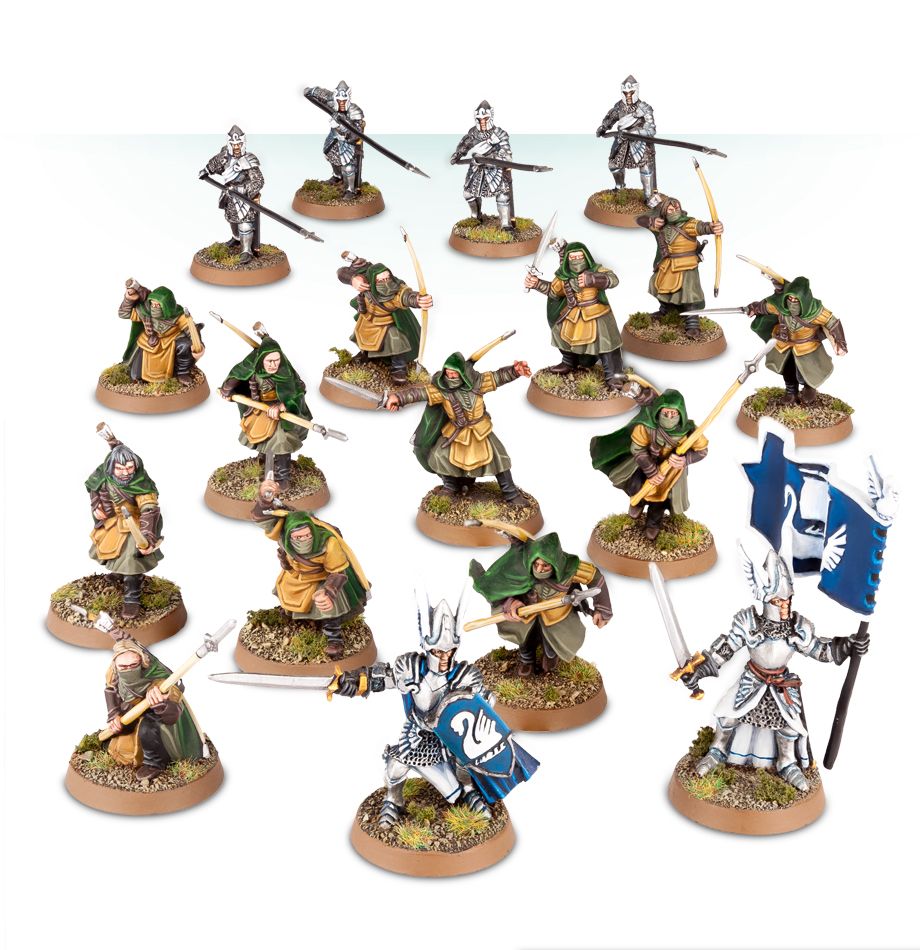 ll the miniatures you need in order to field a Fiefdoms Battle Company, as found in the Battle Companies expansion for the The Hobbit: An Unexpected Journey™ Strategy Battle Game, are here. Included: 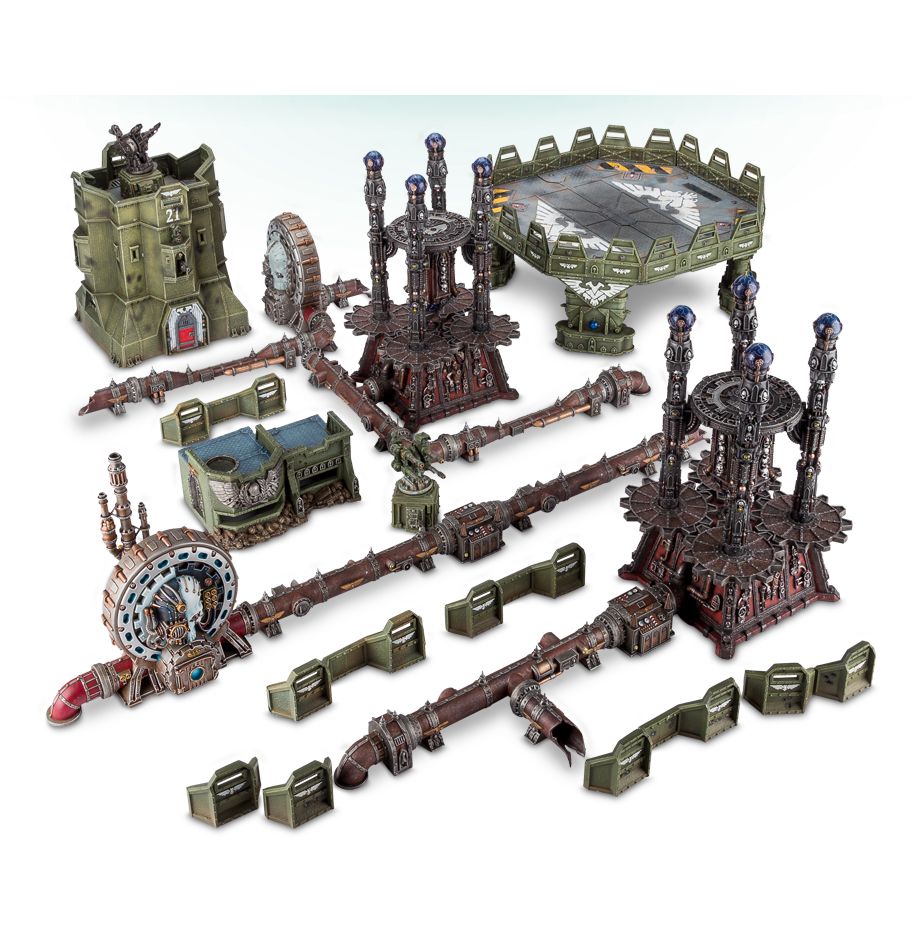 There are a ton of fortification and terrain rules in the Planetstrike and Stronghold Assault missions found in Chapter Approved – and with this bundle, you’ll be able to bring them all to life on your gaming table. Included are all the scenery sets you need to create massive, epic sieges in your games:

– An Aegis Defence Line: 4 double blast shield sections and 4 single blast shield sections that can be linked together any way you like – with an included quad-gun emplacement;
– An Imperial Bastion: a large, brutal structure complete with an Icarus-pattern lascannon;
– A Wall of Martyrs – Imperial Bunker: a fortified bunker with some impressively morbid details;
– A Sector Mechanicus Hive Shield: 2 void Shield Generators, a set of 2 Haemotrope Reactors and a set of Promethium Relay Pipes to connect them;
– A Skyshield Landing Pad, for loading and unloading of craft;
– A set of Battlefield Accessories, containing barricades, oil drums, ammo crates and tank traps. 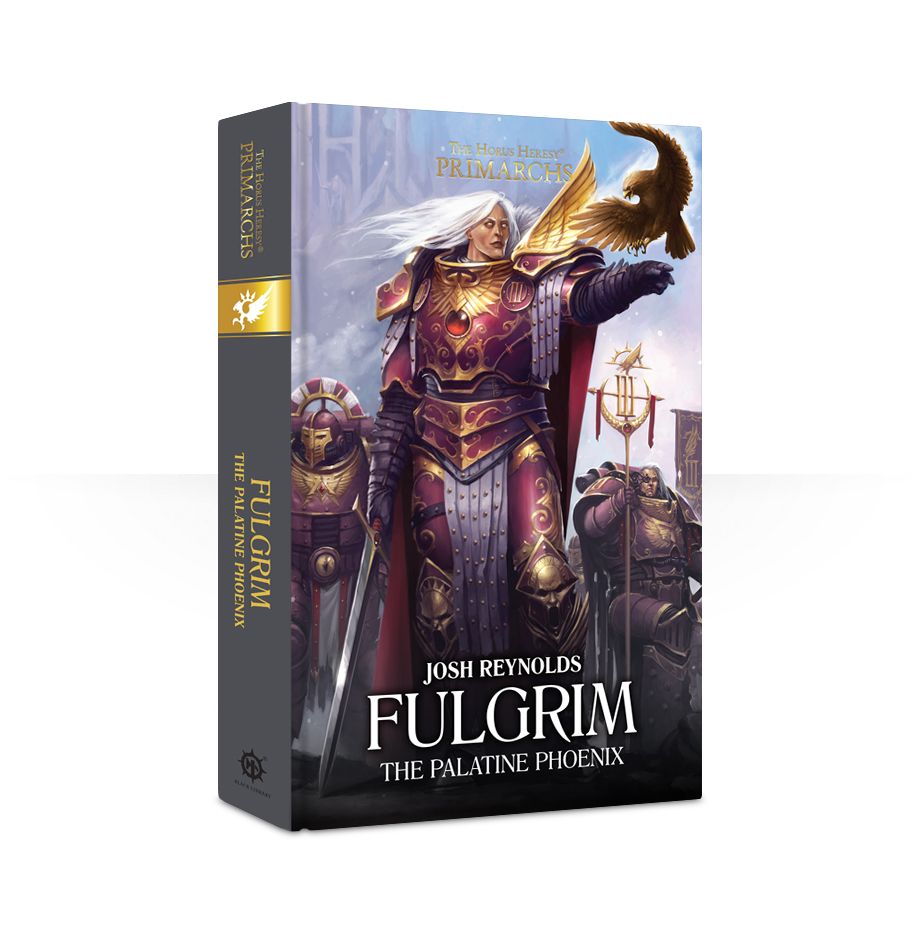 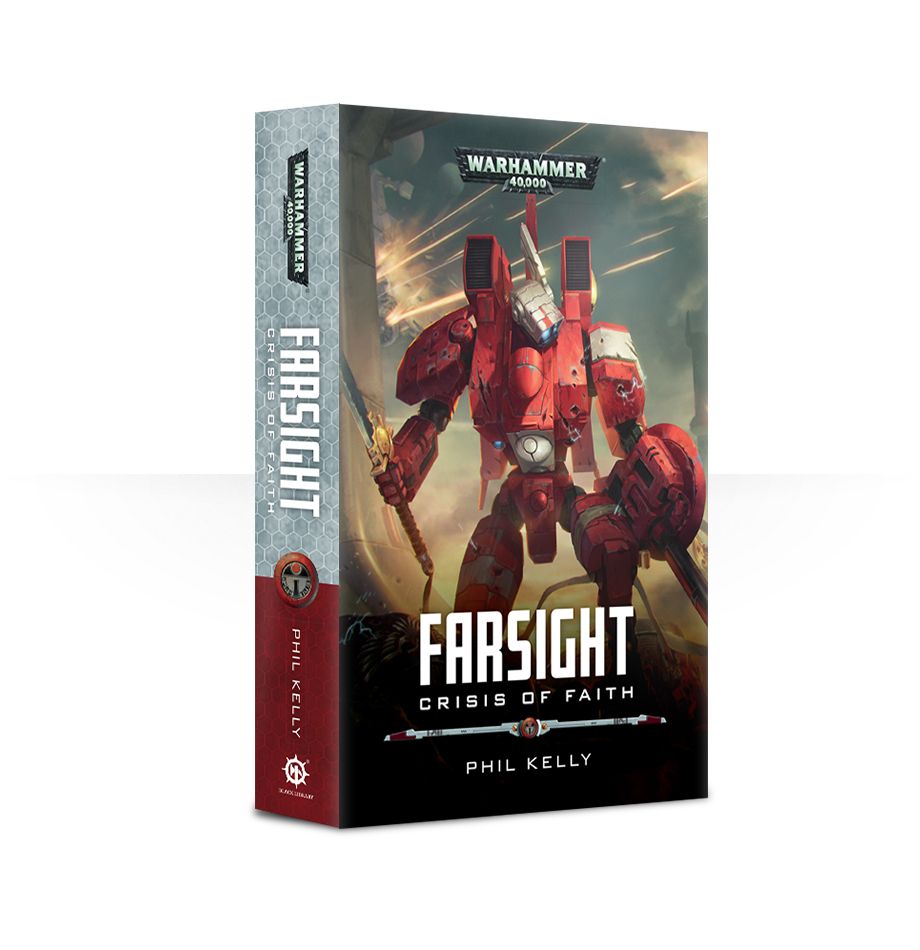 Fresh from his victory on Arkunasha, the young Commander Farsight leads a crusade to reclaim colonies lost to mankind’s Imperium. But stiff resistance will test him to his limits, and beyond.

READ IT BECAUSE
Phil Kelly continues his look at the life of Commander Farsight with his first campaign against the full might of the Imperium, and shows how the T’au Empire’s technological superiority fares against Imperial grit.

THE STORY
The t’au are a mysterious alien race, diametrically opposed to the Imperium of Man in every possible way – in their mastery of technology, methods of warfare and social structure. Yet in galactic terms they are a young race, and naive when it comes to the manipulations of Chaos. When promising young Commander Farsight is promoted to lead a crusade across the Damocles Gulf to reclaim the T’au Empire’s lost colonies from mankind, the mood is one of optimism. With their mighty fleet, and superior weapons and machines, how can their endeavour possibly fail? However, despite a parade of early successes, Commander Farsight soon faces enemies he wasn’t anticipating, and finds not only his courage but also his soul tested to the very limit.

Start the new year off with some new novels!

Author: Adam Harrison
Writer, Editor, Texas Native, and Austinite for 15+ years, Adam covers all things Tabletop Gaming. Which includes Warhammer 40,000, Age of Sigmar, D&D, Board Games and everything else that involves dice, boards, cards and a table. A hobbyist, player, and collector of miniatures and games, Adam's current obsession are his Death Armies for Age of Sigmar, his Blood Angels and Tyranids for 40k, and his ever growing Arkham Horror: The Card Game Collection.
Advertisement
Games Workshop Tabletop News
Advertisement

Dragon Talk: What’s Up with D&D