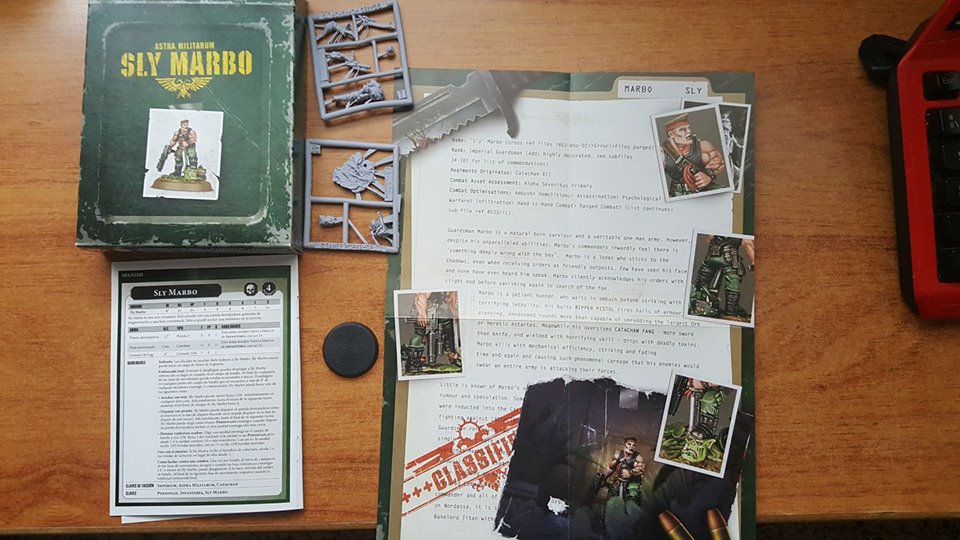 Proving that he always gets first blood, Sly Marbo’s rules get the drop on all of us.

That’s right,  Sly Marbo–available in stores for one day only (until next year)–is getting the drop on all of us. I’d say to look out behind you, but it’s already too late. Well, at the very least, we can enjoy his rules before he leaps out from behind enemy lines and kills us like some kind of commando. Hot shots part deux. 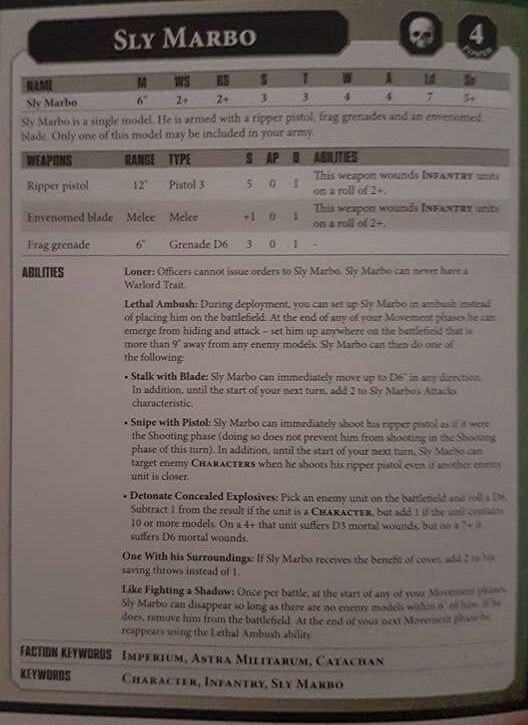 So, as you can see, he’s a good way to end some threats. He really does just wind up behind enemy lines, causing problems. He’s not exactly Mortarion, but, with Like Fighting a Shadow and Stalk with Blade letting him be where you need him, and also threaten what he fights–he really does feel like a cool one-man-army. I definitely want to include him in my experimental AM 80s movie list, but feel he’s a valuable addition to any Guard force looking to threaten a flank or back line.

Taking bets on who wins: Marbo vs. Guilliman–let us know in the comments.