The Nurgle Lord of Blights Joins the Fray 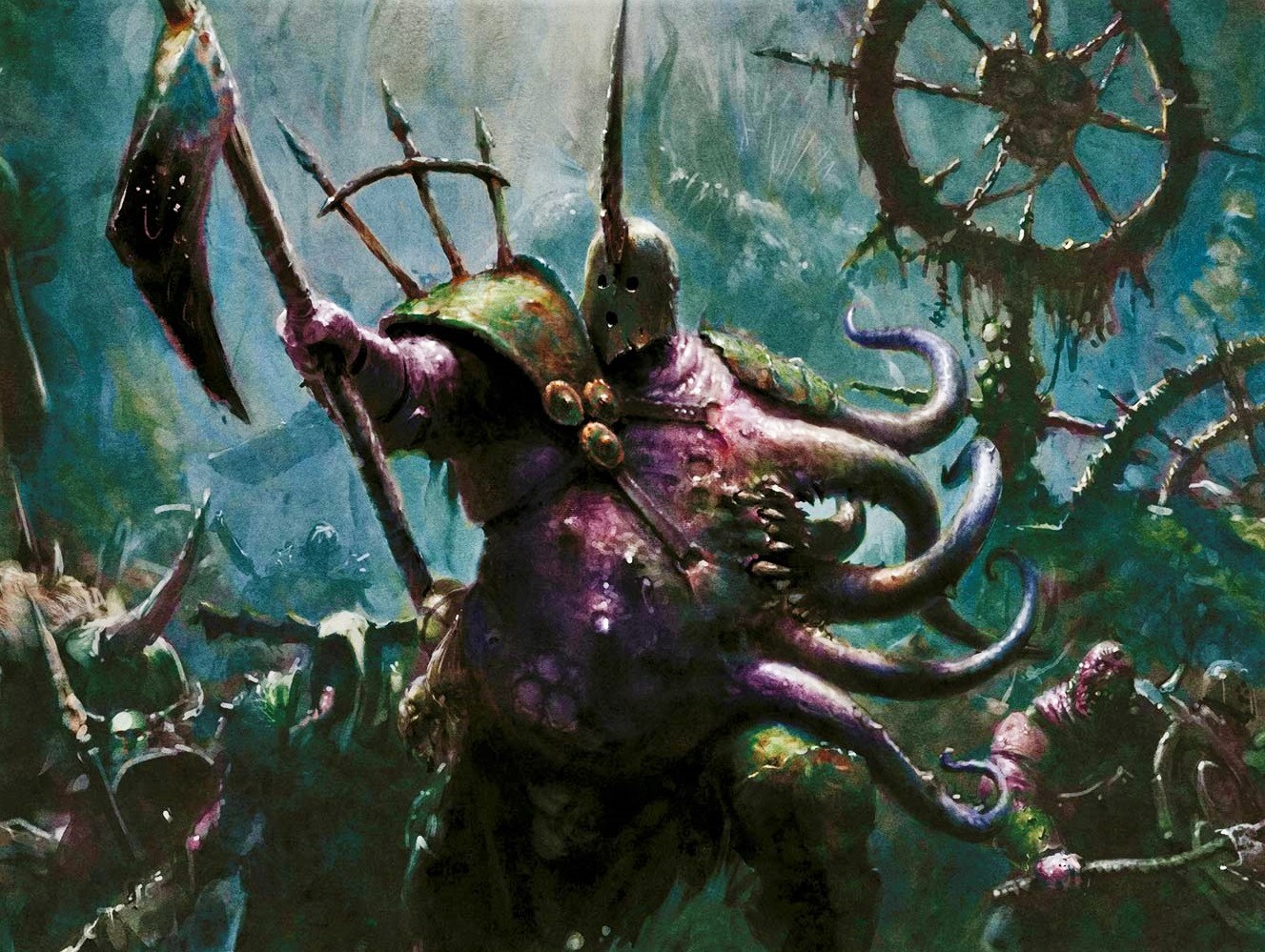 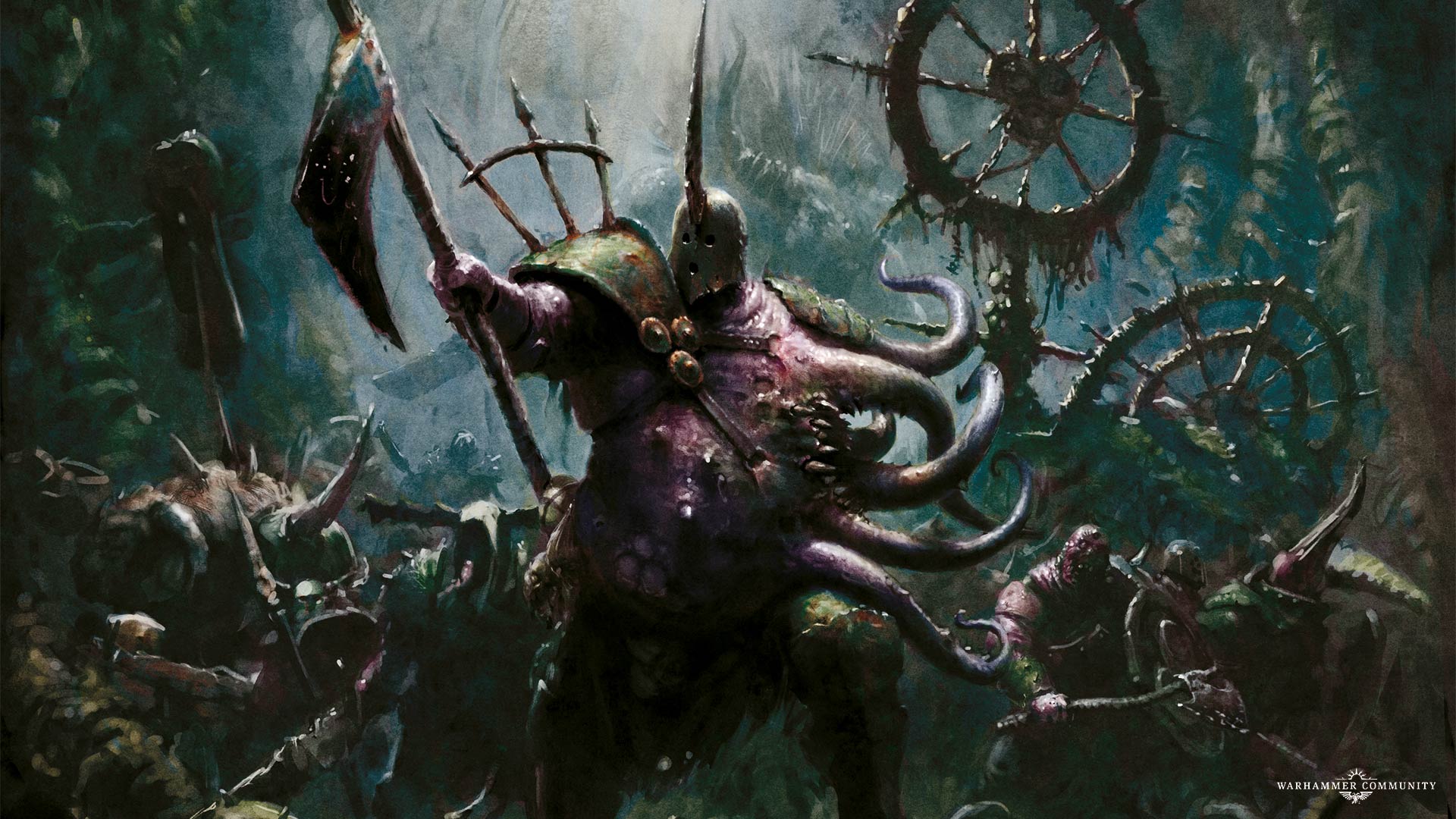 Get ready for the unrelenting assault of death’s heads because the Lord of Blights is on the way!

We’ve gotten a look at the new Nurgle Great Unclean Ones, and the new Heralds. We’ve also gotten a look at the some of the new rules coming down the pipe in Maggotkin. Now we’re getting a chance to see another servant of the Plague-father. Say hello to the Lord of Blights: 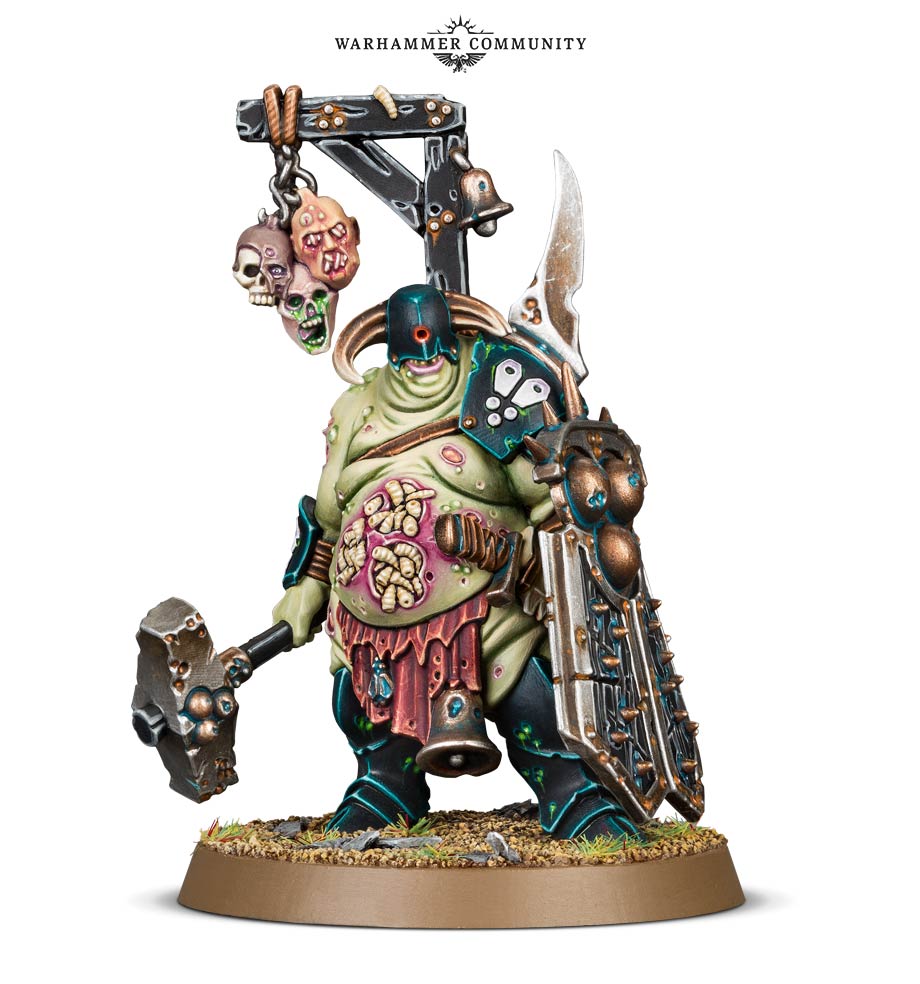 First among these servants is the Lord of Blights, who joins a growing stable of Rotbringers heroes including the Lord of Plagues and the Glottkin themselves. The Lord of Blights is a brutal figure, armed with a towering shield and brutal maul as well as a host of strange abilities. On the battlefield, the Lord of Blights can shroud his fellows in swarming hosts of flies or hand out deadly death’s heads for Putrid Blightkings to fling at enemies!

And just in case you missed it yesterday, those death’s heads are more than just for show:

That’s not bad shooting for a nearby unit. Considering they went from no shooting to a range 14″ barrage – I’ll take it!

Don’t forget you can hop over to the Warhammer Community site and get a free wallpaper, too! Nurgle wants you to have ALL the gifts…but you might want to wash your hands after you’re done.

What do you think of of the new Lord of Blights? I’m going to call him “Maggot Guts McGee” I think…