Rev those engines – Jetbikes are coming to the Tabletop along with the Adeptus Custodes!

The Adeptus Custodes march to war with a new Codex – however, now all of them are marching…some of them RIDE! Say hello to the Vertus Praetors, the lightning fast Jetbikes of the Custodes!

“On the tabletop, Vertus Praetors are the fastest moving elements of the Adeptus Custodes army, boasting a 14″ move, Fly, and a straight boost of 6″ when they Advance without having to roll. “

The Vertus Praetors are going to have the firepower that the Custodes lack. They will have an option for Hurricane Bolters to pump out the shots, or they can bring the much needed Anti-Armor firepower in the form o the new Salvo Launcher:

Not too shabby – but how do these new Jetbikes do in close-combat? Let’s just say you don’t want to be on the receiving end of this lance:

These Golden Eagles are going to be rocking a Custodes statline as well so that’s going to be at least 3 attacks at strength 6. Not counting any other bonuses they get from say a Shield-Captain on a Dawneagle Jetbike (who you can build with the same kit).

But wait, there’s more! The are also going to get some extra help from stratagems:

Surprise, counter-charge! Stooping Dive is a great ability to deal with those “deepstrikers” that might suddenly pop-up in front of you. What better way to deal with them then to run them all down before they can charge! Or you can pull this off when an enemy unit just gets to close – it’s pricey at 3 CP, but that could be the difference between you wiping a squad or getting ripped apart first.

Enemy Flyers got you down? Then you need to check out Networked Machine Spirits: 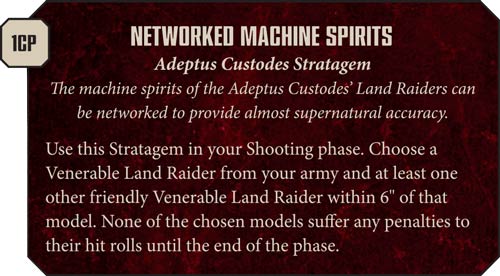 Take those Venerable Land Raiders to the next level with some truly scary shooting at ANY units. To Hit Roll penalties? Pfft – not on the machine spirit’s watch! 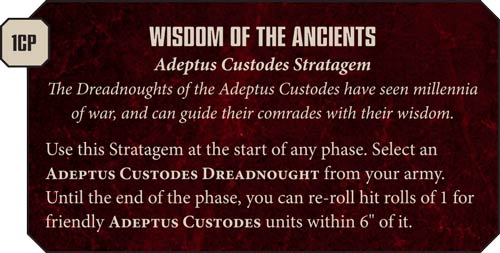 And finally, Wisdom of the Ancients helps give you that lovely re-roll 1s bubble for Adeptus Custodes units. It doesn’t mater if you’re in the fight or shooting phase, you can use this stratagem to boost your hits and make sure your delivering the emperor’s justice (that’s typically a bolter round or a swift punch to the face).

Personally, I’m really looking forward to the Vertus Praetors. If there is one kit that might get me seriously playing Custodes, it will be those awesome looking jetbikes! 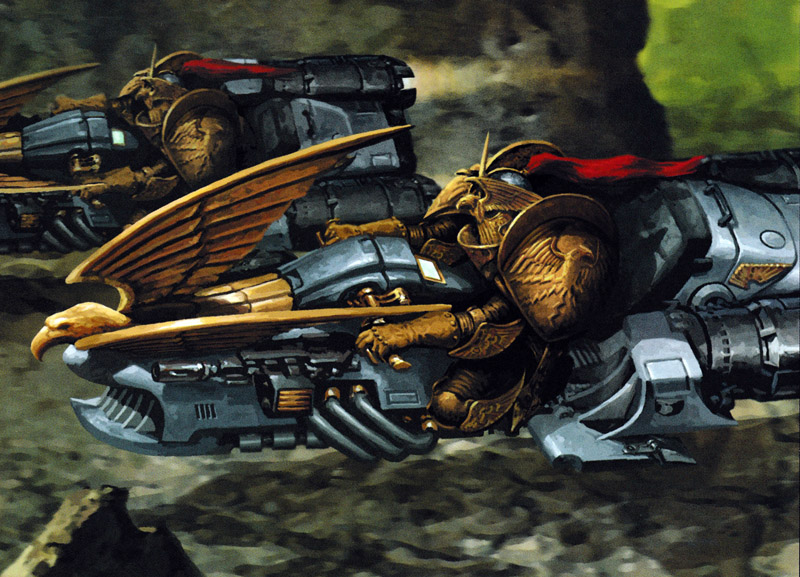 Author: Adam Harrison
Writer, Editor, Texas Native, and Austinite for 15+ years, Adam covers all things Tabletop Gaming. Which includes Warhammer 40,000, Age of Sigmar, D&D, Board Games and everything else that involves dice, boards, cards and a table. A hobbyist, player, and collector of miniatures and games, Adam's current obsession are his Death Armies for Age of Sigmar, his Blood Angels and Tyranids for 40k, and his ever growing Arkham Horror: The Card Game Collection.
Advertisement
Adeptus Custodes Games Workshop Miniatures Rules Tabletop News Warhammer 40k
Advertisement