Tending Nurgle’s gardens is a curmudgeonly daemon armed with lopping shears and riding a monstrous snail. Come see what grows.

Horticulous Slimux, as we all know, is a Daemon of Nurgle who tends the Gardens of Nurgle and on occasion leads the forces of Nurgle into the fray. Usually much to his own chagrin, because the real world is so…disorderly. We also know that he’s a great source for Feculent Gnarlmaws–his whole deal seems to revolve around making them spring up. But he does so much more, let’s take a look: 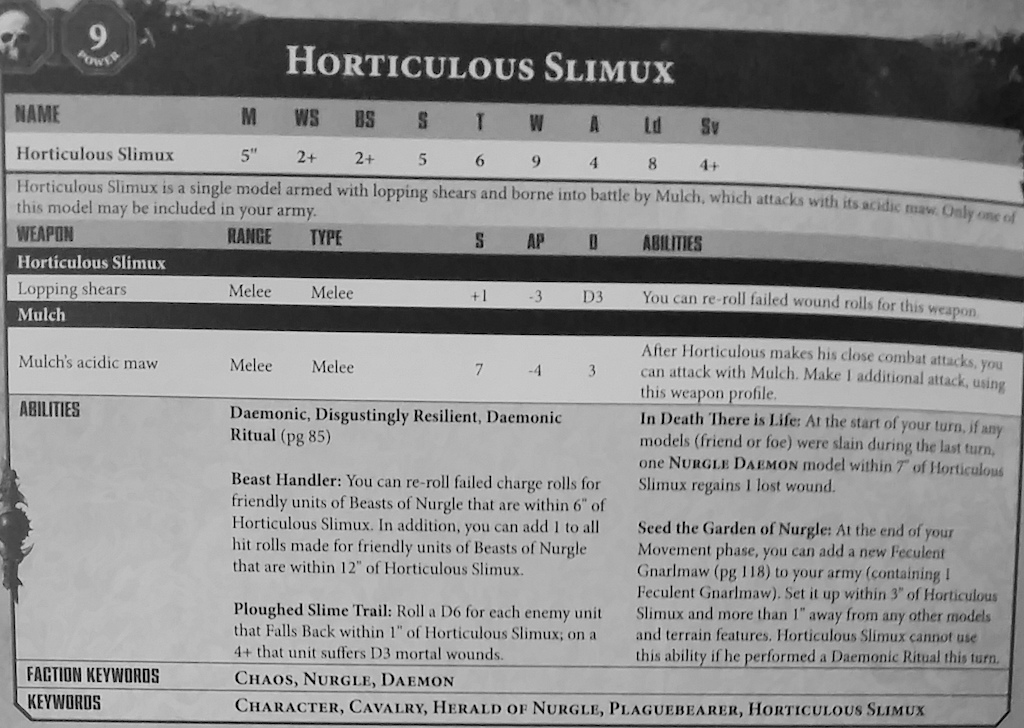 So let’s start at the bottom and work our way back up. Seed the Garden of Nurgle is pretty good, you get to place a Feculent Gnarlmaw on the table and it does the sweet sweet Feculent Gnarlmaw thing (extra cover saves, shoot/charge even if you fell back or advanced, summoning rerolls, etc.) but then we have the Ploughed Slime Trail which helps you create a close combat mire from which there is no easy escape.

Especially if you get Slimux in there with some other tarpit units, you can tie up, even flying units and still trap them within the aura of a Feculent Gnarlmaw. Doubly so because In Death there is Life will help keep him alive and kicking throughout the game. And of course he works well with Beasts of Nurgle–so run a pack of them along with ol’ Horty here and you’ll bog down your enemies, chew them up, and spit them out.

And that’s just one of the four new Heralds of Nurgle. All the other heralds are just renamed–except for Slaaneshi heralds, because when we say that Slaanesh gets no love from GW we literally mean it. No Mil-Dread or Shaaran or Li’isa or Maar’ia’n, just Herald of Slaanesh. But the same goes for the Changecasters, Fluxmasters, and Fateskimmers, and Masters both Blood and Skull and the Blood Throne. But there are still three new Heralds of Nurgle to be excited about, as this pestilential tide rises.

You might think that Nurgle’s biggest deal is pus, but it’snot. 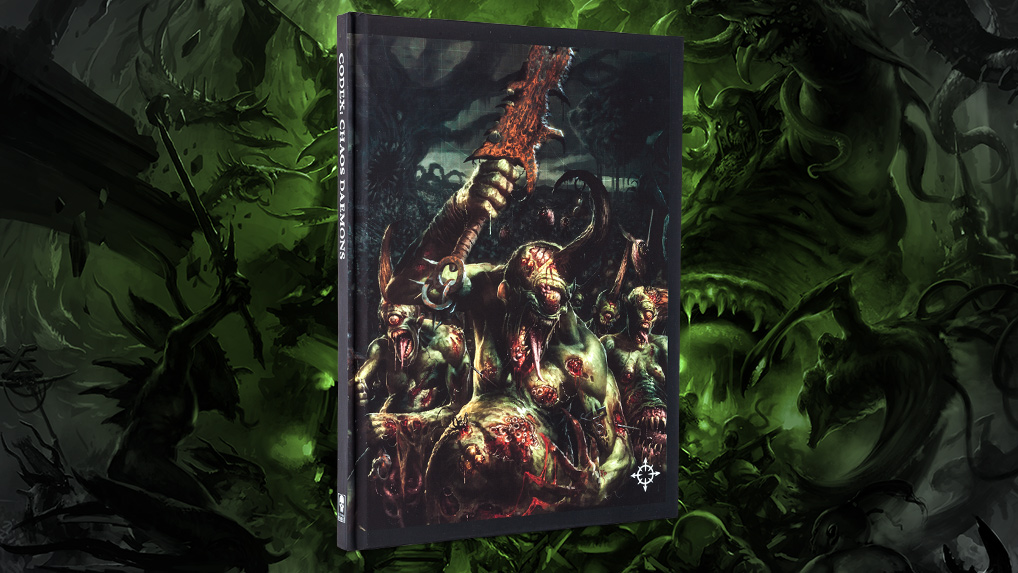