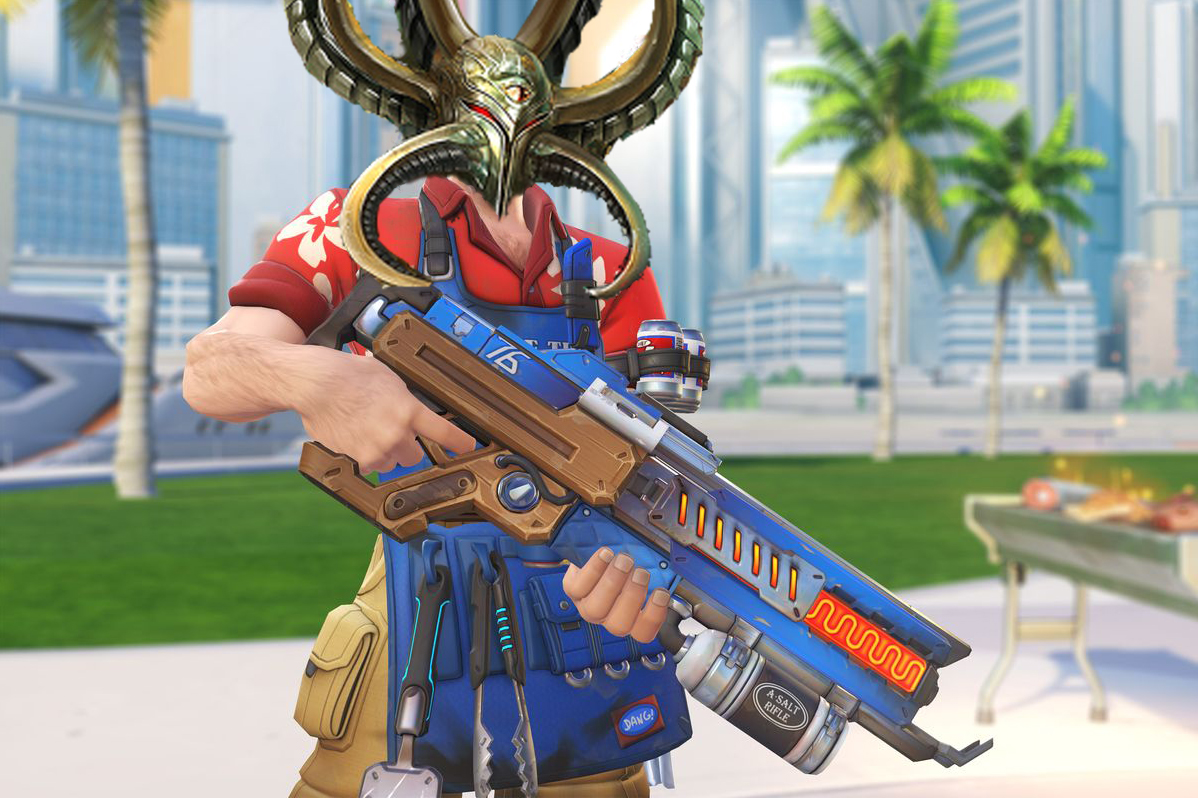 The new Thousand Sons Codex contains secrets that many consider heretical–come see for yourself!

You’re already committing heresy by reading this article when you should be out praising the Emperor. So why not go for Double Heresy and read some forbidden lore about Tzeentch and the Thousand Sons. Find out if they ever get to find their Thousand Dads and play a nice game of catch or maybe go out to the zoo together.

Or at least grill some Warpflame Burgers

So we sat down with the Thousand Sons Codex and everyone’s going to be talking army lists and rules and what’s next for 40K. But I want to talk about what’s happening now. What’s been going on with these dustboys?

Well as it happens, the Thousand Sons are really getting into Elves. On the hunt for the Black Library to apparently try and unearth more forgotten lore, the Thousand Sons are like a young schoolkid just starting to read through the Silmarillion and think, “man these elves are cool.” In a few months, they’ll be adorning their Trapper-Keepers or Mead 5-Star notebooks with Tengwar. 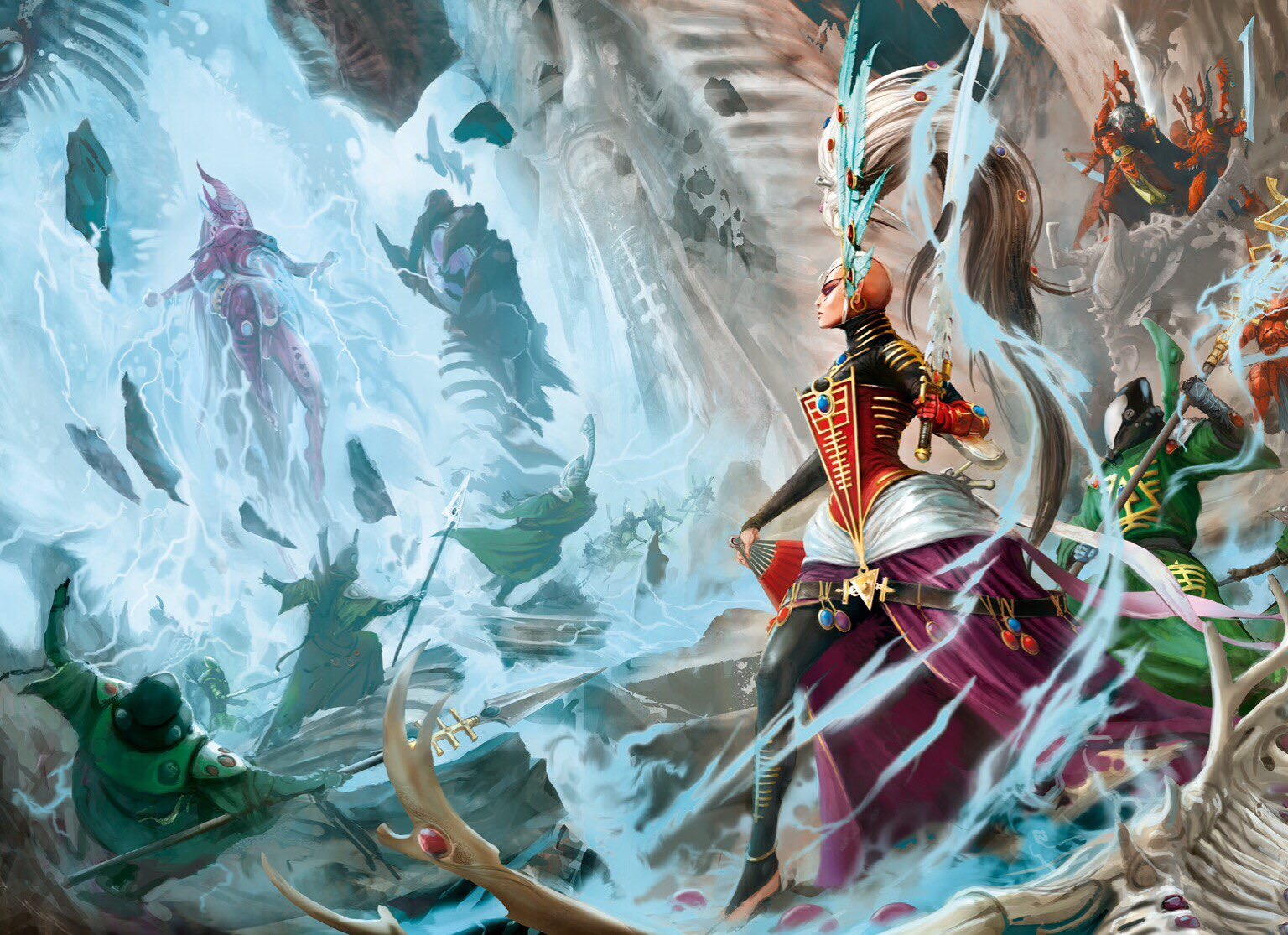 But there’s a very good reason for this. Ahriman, who is now a little more invigorated after cooperating with Magnus for the first time in hundreds if not thousands of years, has seen firsthand the power of the elves. Back in the Fracturing of Biel-Tann he got to bear witness to Yvraine using the power of Ynnead to bring life–actual life and physical bodies back to the Rubric Marines.

They looked on him with their real eyes for the first time in millennia, and then were brought low by a Wraith Knight. Cruel irony–which is very much the Dark Elf way–which why mention the Drukhari? Well here, check this out: 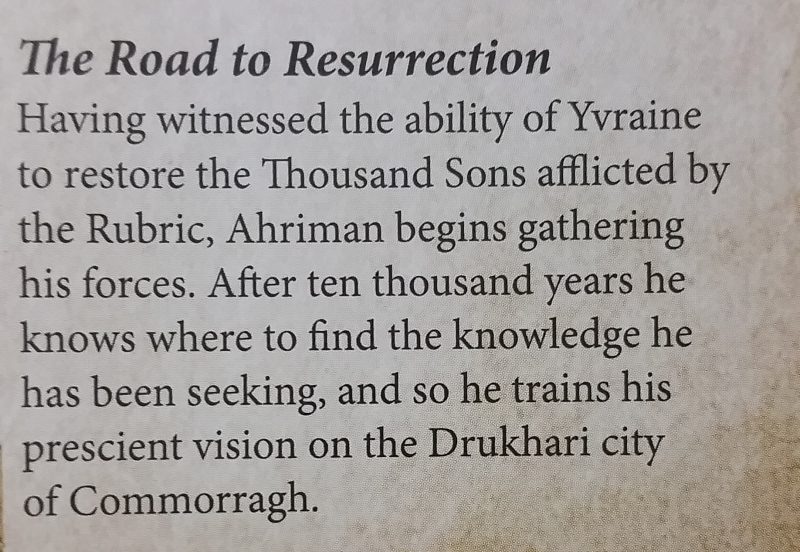 That coupled with this bit from Ahriman’s page: 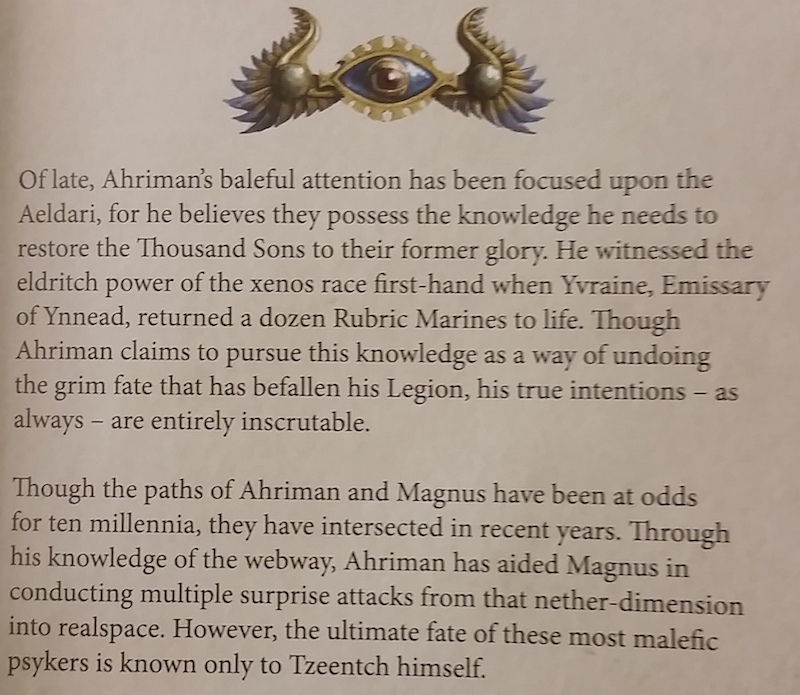 …does seem to imply that the Aeldari will have a larger role to play in the coming events. And hey this tracks with what we know. Comorragh is at the center of the next Codex that’s coming out–and with the Age of Sigmar getting some new friends with their Daughters of Khaine, maybe 40K will get at least a couple new models for the Dark Eldar. They could certainly use some.

In the meantime, Ahriman is going to try and track down this resurrective power at it’s source(ery). 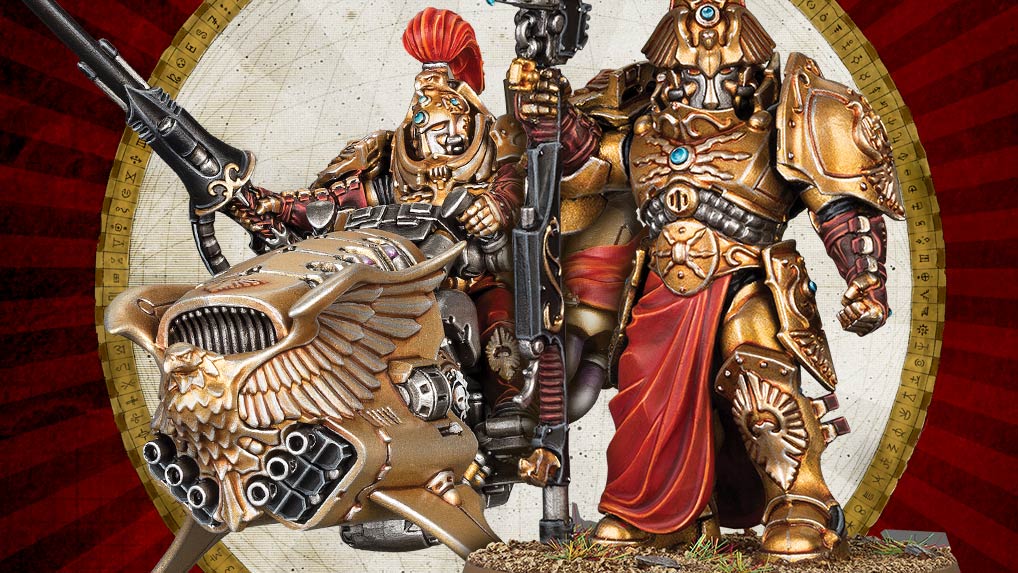