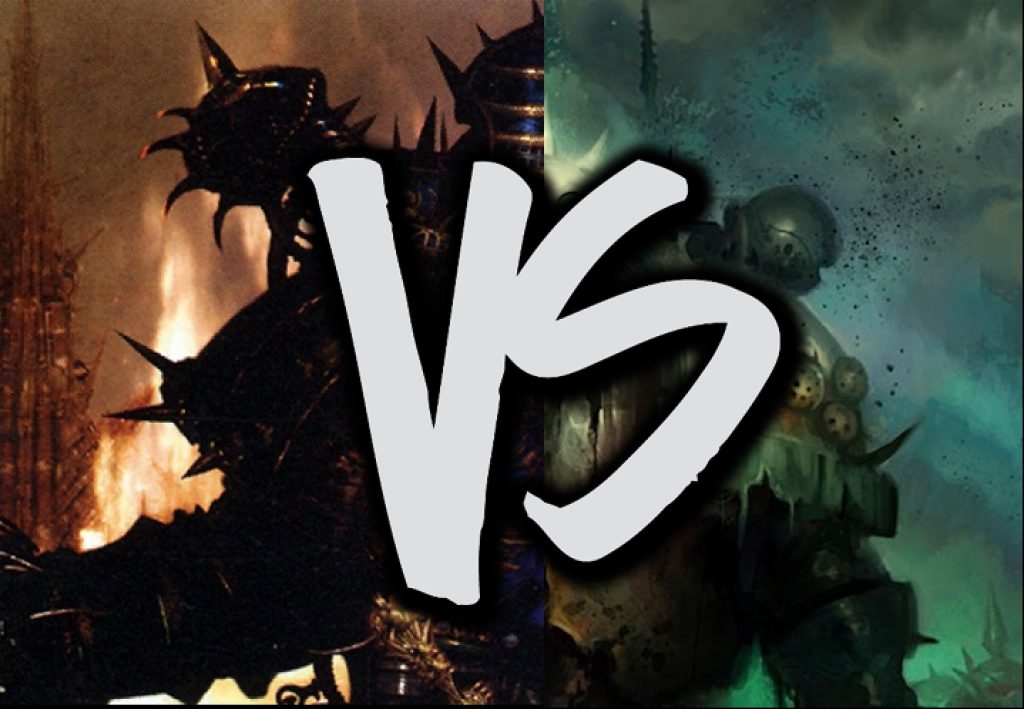 When it comes to battles of attrition the devout of Nurgle and the followers of Tzeentch are surprisingly durable – but who’s tougher?

With the impending release of the new Thousands Sons Codex, we’ve been streaming them in action all this week. Yesterday we had an epic throw down of Nurgle vs Tzeentch on the tabletop. But that got us thinking about the footsloggers in both forces and about they are both surprisingly tough. Let’s take a look at the challengers:

Plague Marines are considered one of the toughest footsloggers in the game. Now, a lot of that has to do with their longstanding reputation as being “Nurgle Tough” and in 8th, they are still fairly durable. Clocking in with a T5 and 3+ save, they don’t sound *that* tough – but when you add in their Disgusting Resilience save that’s when things start to get better. 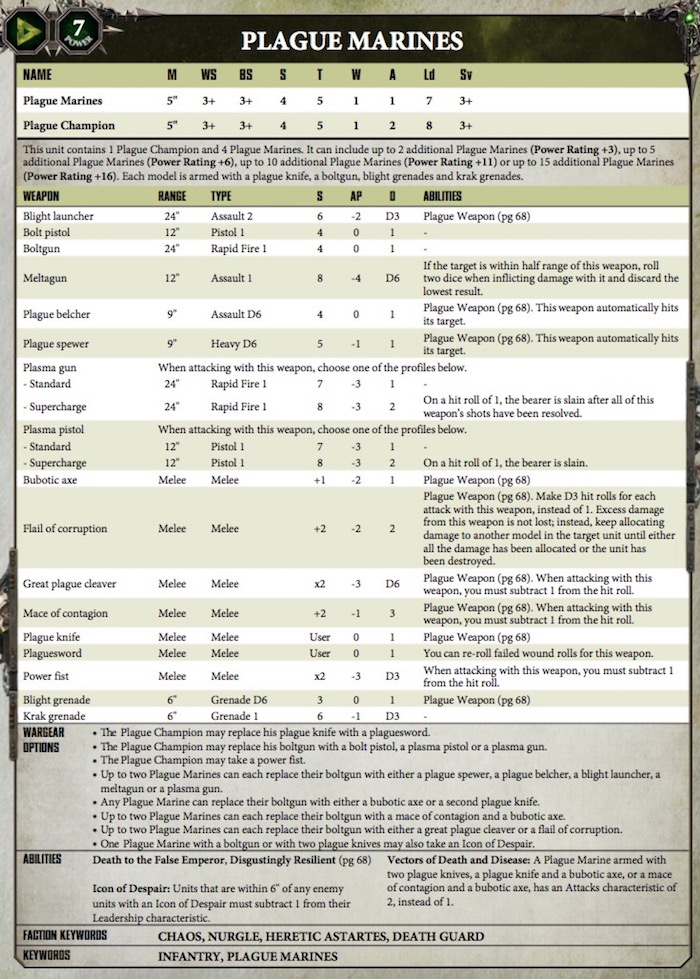 Rubric Marines on the other hand don’t really have the same reputation as being durable. Sure, they’ve had a 5+ invulnerable in previous editions but that wasn’t what they were really known for. However, in 8th edition when you take a closer look at them, it starts to become apparent. They are T4 with a 3+/5++ save. On paper they look like standard CSM with some fancy bolters and a 5++, but their All Is Dust ability really helps out in the durability department. That extra boost to their armor save vs 1 damage attacks can add up quick. 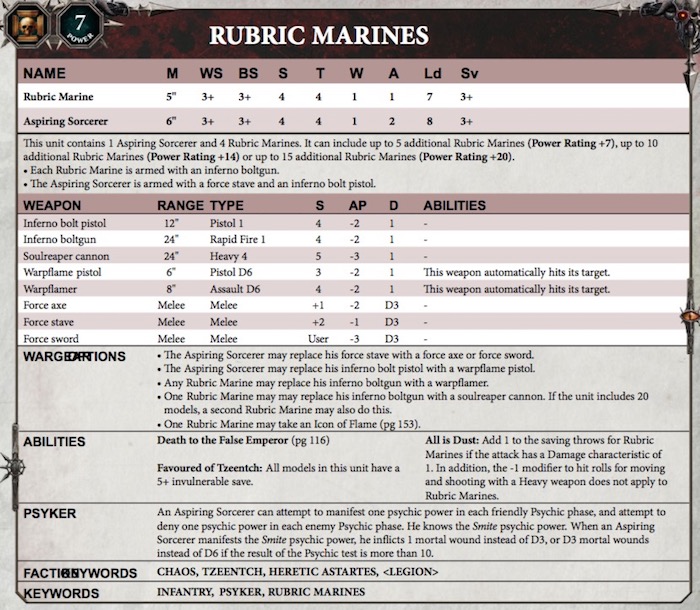 Data Sheet from Codex: Chaos Space Marine (the only difference is they are troops in the 1k sons book)

Now, obviously, they each are going to perform differently depending on what buffs/debuffs are applied. Plus, it matters for how much damage each shot does. But all things equal we find them to be quite close. All is Dust really helps when you’re getting shot by small arms fire and even helps more when you’re also in cover. Plasma gun shots go from a -3 AP to a -1. We’ll take a 4+ save over a 6+/5+. Again, it all depends on what’s shooting at them and what sort of buffs each unit has.

Now, in our game when they were shooting at each other it really all came down to positioning. If the Plague Marines can stay at 12″-18″ (thanks to their “Legion Trait” Inexorable Advance) it really does tip in their favor. If the Thousands can close the gap, then their -2 AP rapid fire bolters really start to add-up. And if they are rocking Warpflamers…ouch.

Now, we can go back and forth all day about different situations – but we wanted to get your opinion: Who do you think is tougher? If you had to chose a side, would you go with the Rubric Marines or the Plague Marines?

It’s the battle of the Footsloggers – Rubrics vs Plague Marines! Who’s side are you on?

Author: Adam Harrison
Writer, Editor, Texas Native, and Austinite for 15+ years, Adam covers all things Tabletop Gaming. Which includes Warhammer 40,000, Age of Sigmar, D&D, Board Games and everything else that involves dice, boards, cards and a table. A hobbyist, player, and collector of miniatures and games, Adam's current obsession are his Death Armies for Age of Sigmar, his Blood Angels and Tyranids for 40k, and his ever growing Arkham Horror: The Card Game Collection.
Advertisement
Chaos Marines Games Workshop Rules Warhammer 40k
Advertisement

Tabletop Gallery: "Perils of the Warp" 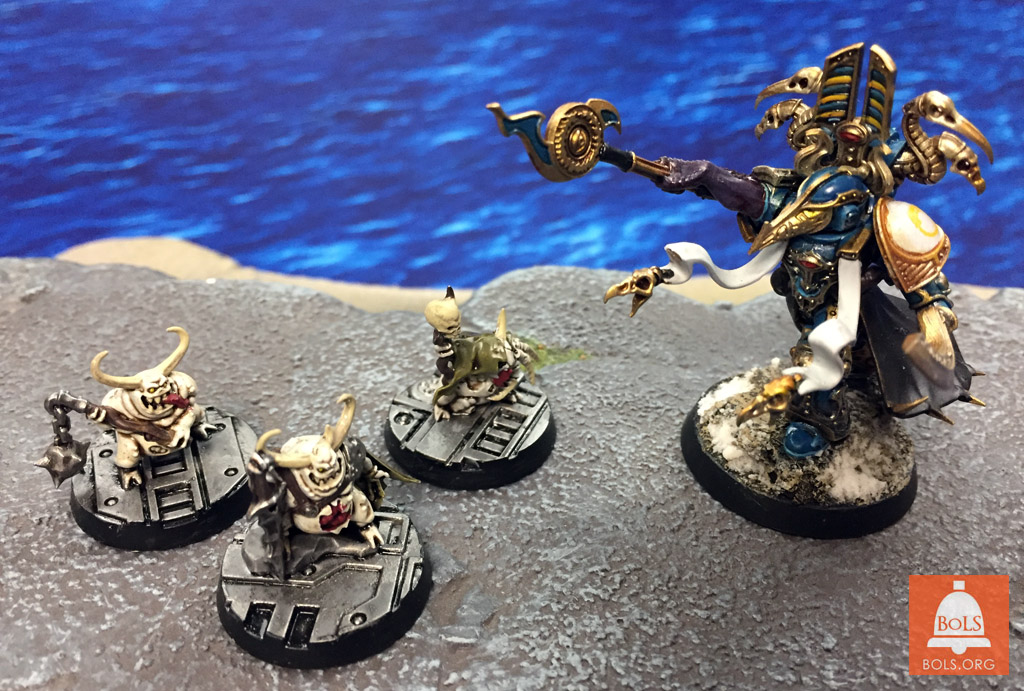