There’s a new expansion out for the D&D Deckbuilder, Dragonfire. Check it out!

Venture into the darkened halls of Dragonspear Castle in the newest expansion for Catalyst Labs’ Dungeons and Dragons and Deck Builders game, Dragonfire. If you’ve never played it, Dragonfire lets you build decks of heroes that you can challenge encounters and go on adventures with. Each game takes place around an Adventure, which you’ll build from the cards–a bit like Arkham Horror or Sentinels of the Multiverse, you’ll have a central challenge to overcome. You’ll have to rely on the strength of your deck and a bit of luck to get through. 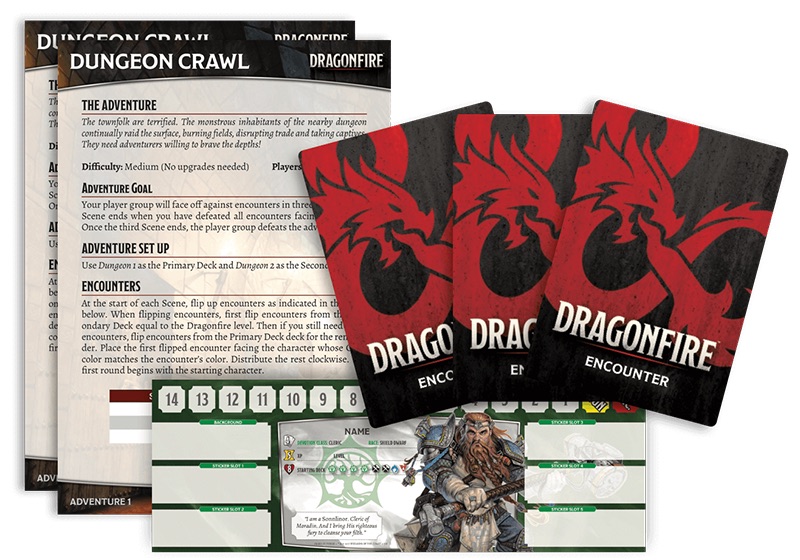 Part rpg, part coop card-game, Dragonfire supports up to 6 players, and the latest expansion looks to add some new features to the game as part of the “Dragonfire Adventures” expansions. Shadows of Dragonspear Castle is the first of many, so come see the unfolding story from the ground floor. Check it out. 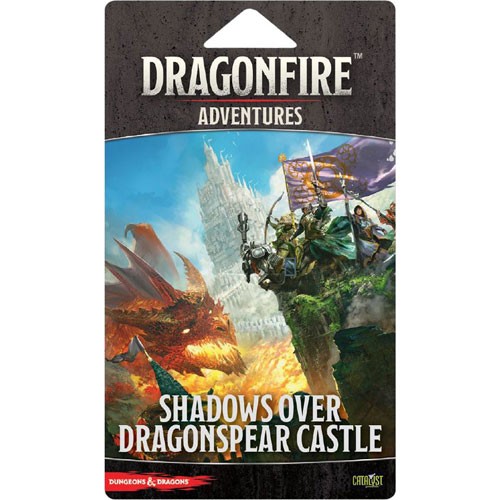 The jingle of muffled chainmail. The twisted mutterings of a dark incantation. The stench of corruption wafting down long-forgotten passageways.

Then the terrifying, abrupt maelstrom of light and sound as skeletons, kobolds, elementals, and worse boil up from hidden caverns to attack…and you respond with steel, magic, and blood!

Dragonfire is a 2 to 6 player deckbuilding game set within the world’s greatest roleplaying game, Dungeons & Dragons.. Players choose from a number of races, from dwarf to elf, half-orc to human, while assuming the quintessential roles of cleric, rogue, fighter, and wizard.

Shadows of Dragonspear Castle is available at your FLGS, as well as your online distributors.

Playing Dragonfire really lets you see what’s in the cards for your heroes.