Board Games: Poe’s Masque of the Red Death Live on KS 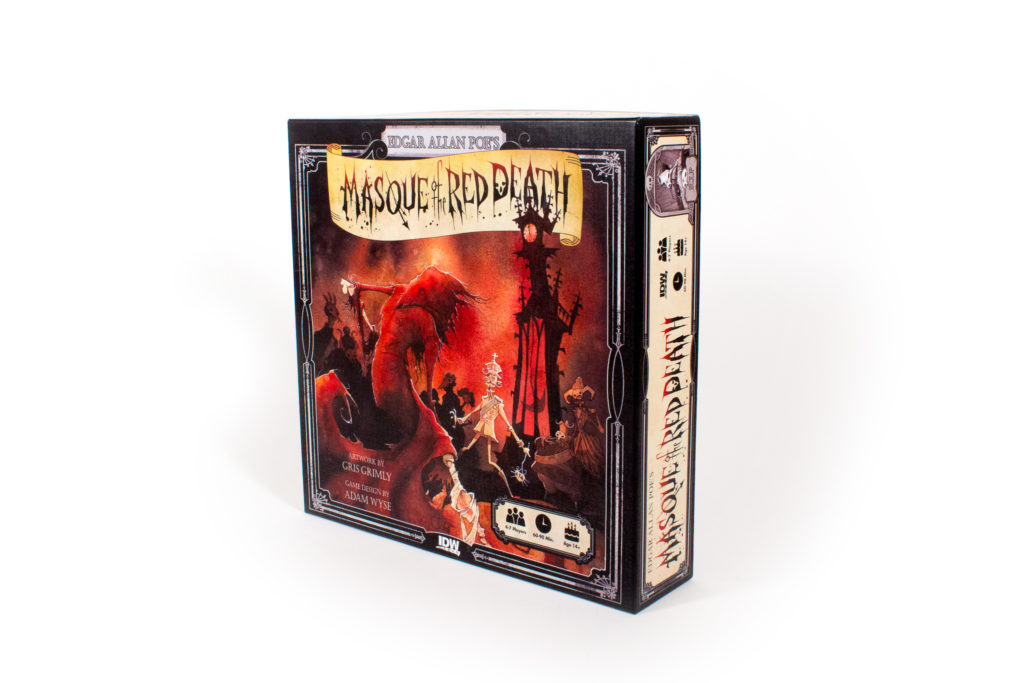 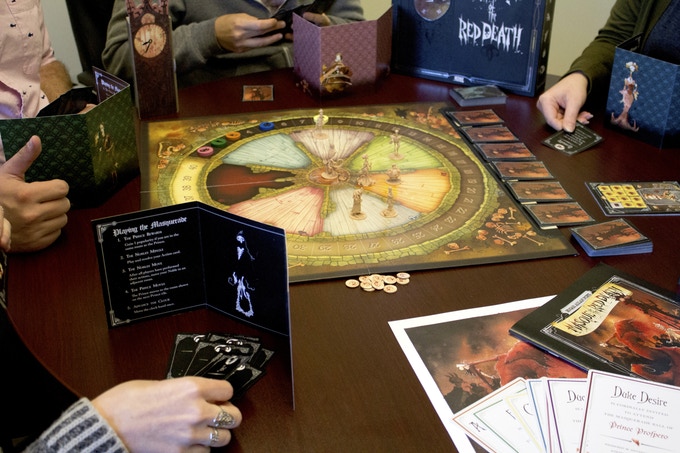 A new game of deduction & treachery – with some fantastic art – from IDW is now on Kickstarter!

Edgar Allen Poe’s tale of masquerade ball visited by death itself is the inspiration for this board game designed by Adam Wyse with art from Gris Grimly. 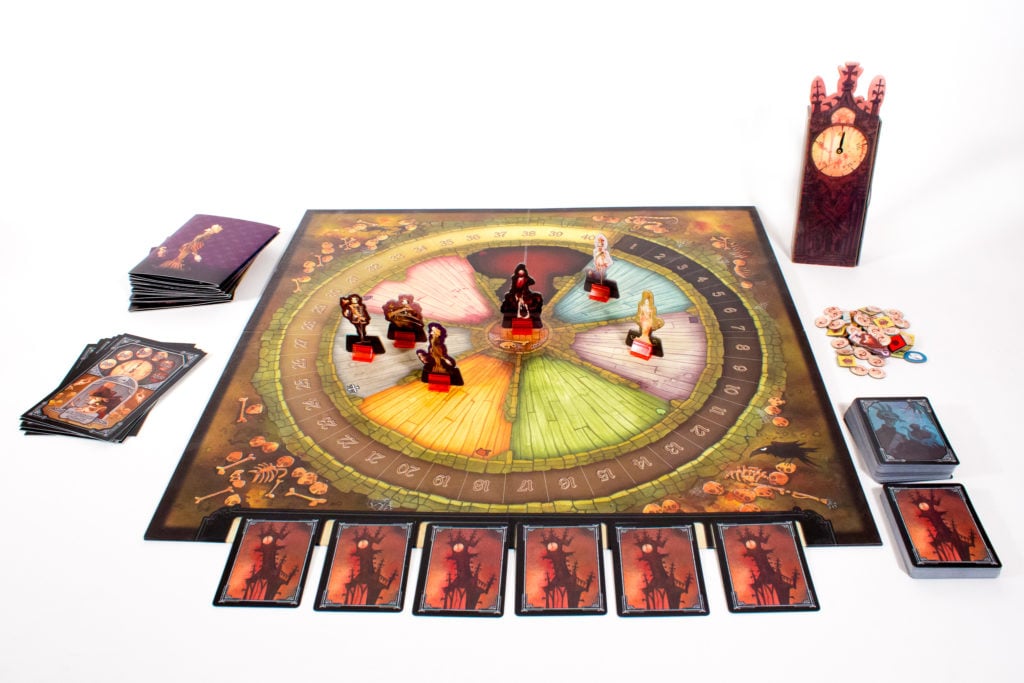 Each player starts with 9 action cards (Discuss, Dance, Admire, Mock, Flirt, etc), and a personality card. Players have a player screen they use to hide their cards and plans. Each turn consists of three parts: play a card from your hand, perform the action to gain popularity or rumors, and move to the next room. 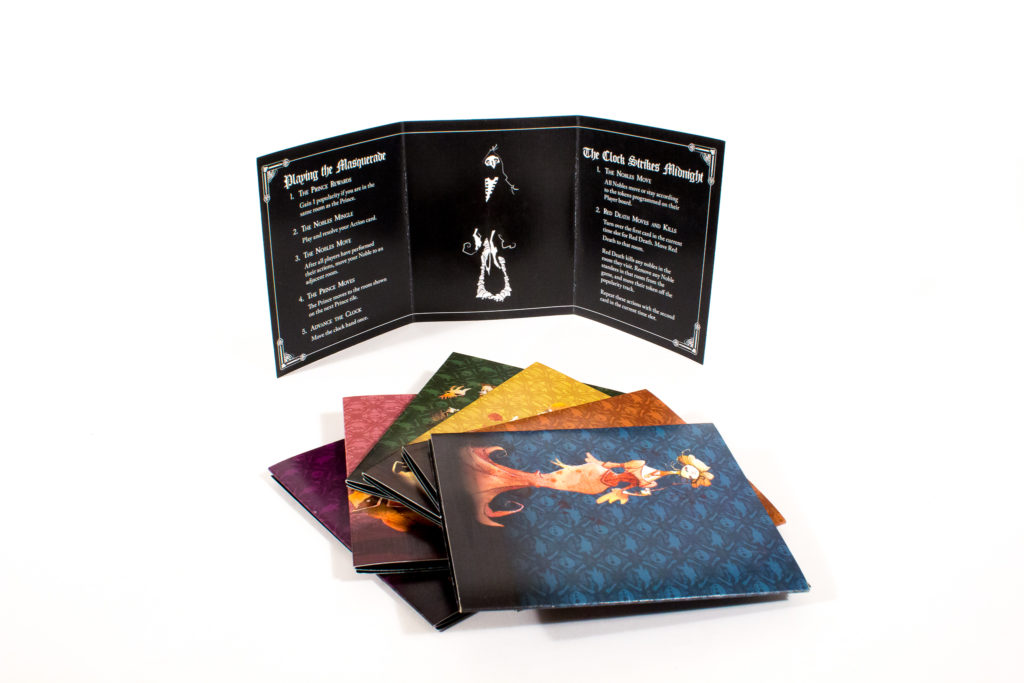 Each turn advances the clock, and as players collect rumors they can plan their movements after the clock strike midnight in order to avoid the Red Death. Plans can change at any time before midnight. 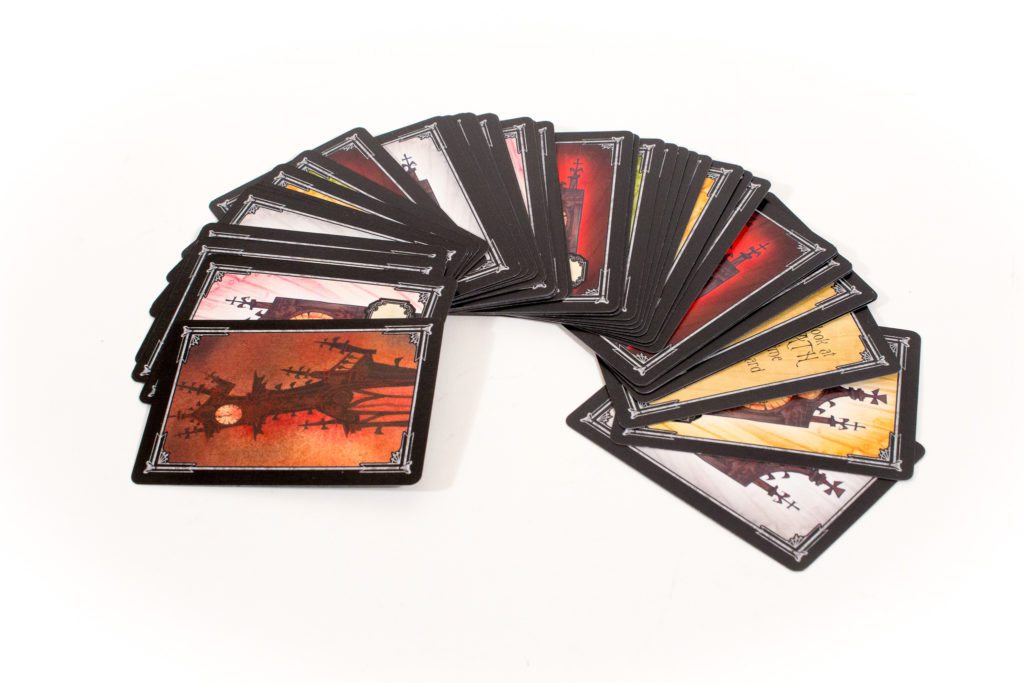 After midnight the game changes – players must move through the rooms based on the rumors they have gathered, they can no longer change their planned movement. Two red death cards are revealed. The Red Death takes the lives of the nobles in the rooms listed on the cards. 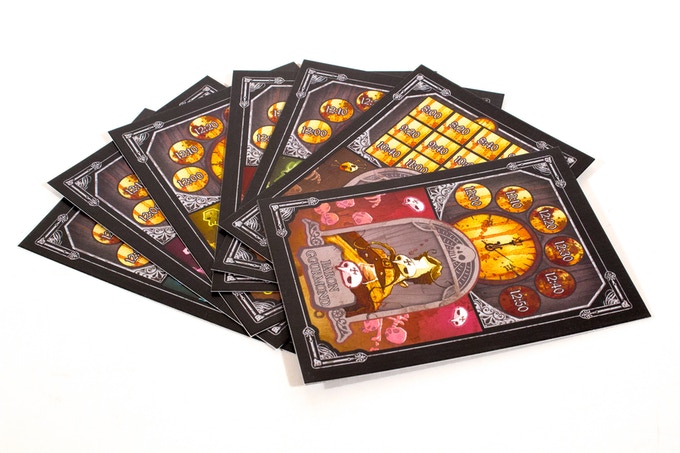 Survivors continue with their planned movement, more cards are drawn in ten minute intervals until 12:50. The noble with the highest popularity at 12:50 wins the game.

The Board Game Bonanza crew will be playing this next Tuesday – come check it out on our Twitch channel on Tuesday the 16th at 7p ET. Designer Adam Wyse will be joining us in the chat, so if you have questions about the design process you’ll want to log in to Twitch to ask.

Author: Mars Garrett
Pop culture editor and writer that has been on the BoLS team since 2010. Contributor on the One of Us podcast. Marvel, Vertigo, and dystopian sci-fi fan. Enjoys bad movies, amazing stunt performances, and the internet. Hates rom-coms. (she/they)
Advertisement
Board Games Kickstarter Tabletop News
Advertisement 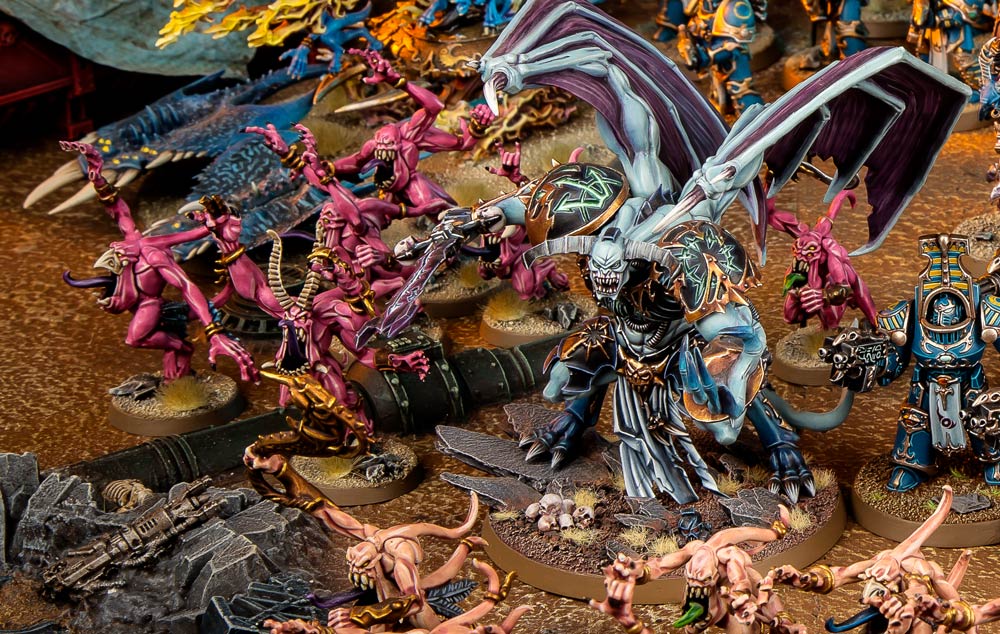