In his moment of victory Lord Abraxas is surprised by the arrival of new fleet in orbit. A flotilla bearing the colors of the Night Lords has come to Yamu. Without warning or explanation hey open fire on Abraxas’ ships, and begin landing forces. Lord Drakhar, scorned for his many defeats has come seeking blood. Abraxas must now try to rally his depleted forces and face this new foe. 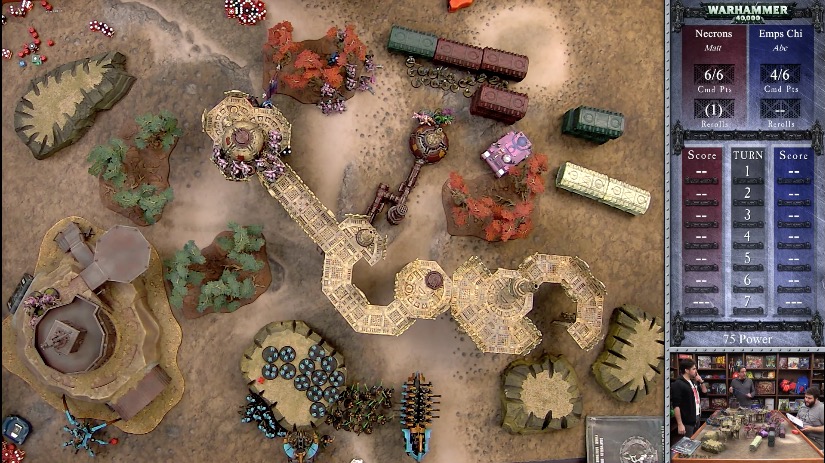 Deep in the heart of the Enigmus Sector a new power is rising. Lord Abraxas of the Emperor Children has launched a war of conquest that will soon see him known as Abraxas the Great. On the world of Yamu at the edge of the Three Tears Warpstorm he has won his first great victory. The world is all but his, there a just a few last pesky Necrons to get rid of.