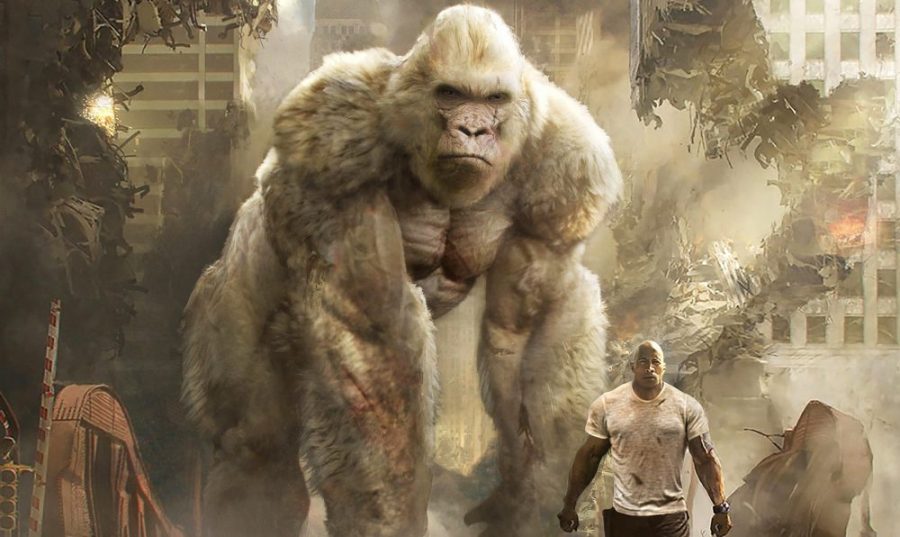 Because of course there is.

Rampage is based on an arcade game from Midway that came out in the mid 1980s. Players control giant monsters; the goal is to tear down a city before being killed by the military that’s been called in to stop them. There’s not a lot there to make a movie out of, but… they’ve done it with Dwayne Johnson and director Brad Peyton (they worked on San Andreas together). This is going to be a monster movie of epic proportions.

Your eyes have not deceived you – you just saw a giant flying squirrel/wolf hybrid explode from a sky scraper. He’ll be joining the giant albino gorilla, and the lizard/croc the size of a cruise ship that was featured in the first trailer. That covers the original trio, but who knows if they’re going to add others to the mix.

I support this movie whole heartedly because, well, it’s good to have mindless action movies with giant CG monsters. It’s going to be dumb and wonderful – just be sure to leave any expectations at the door.

Author: Mars Garrett
Pop culture staff writer that has been on the BoLS team since 2010. Contributor on the One of Us podcast. Marvel, Vertigo, and dystopian sci-fi fan. Enjoys bad movies, amazing stunt performances, and the internet. Hates rom-coms. (she/they)
Advertisement
Movies and TV Pop Culture Video Games
Advertisement