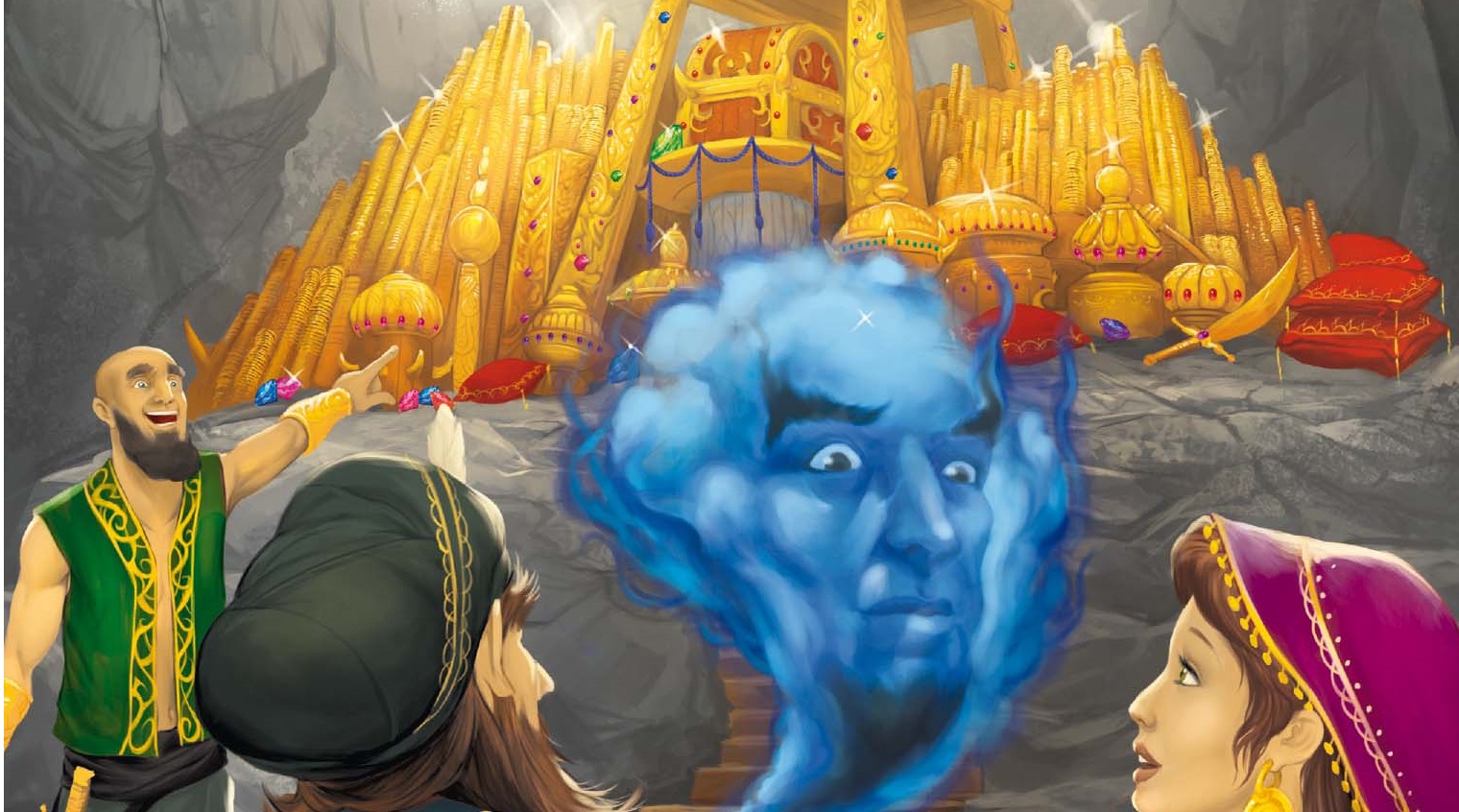 Search for just the right cards to get further into the cave to reach that final treasure!

Djinn is a trick taking game set in a treasure filled fantasy cave. A game of Djinn lasts multiple rounds, each round lasting eight tricks. Trick taking is a mechanic wherein players are attempting to follow the suit of the card and throwing out cards which can’t follow. Djinn contains 4 suits and 15 cards within each suit. Players start with 8 cards in hand and 1 djinn card which grants a special ability for the player. Whichever player wins the trick keeps one card from the trick and discards the remaining cards. 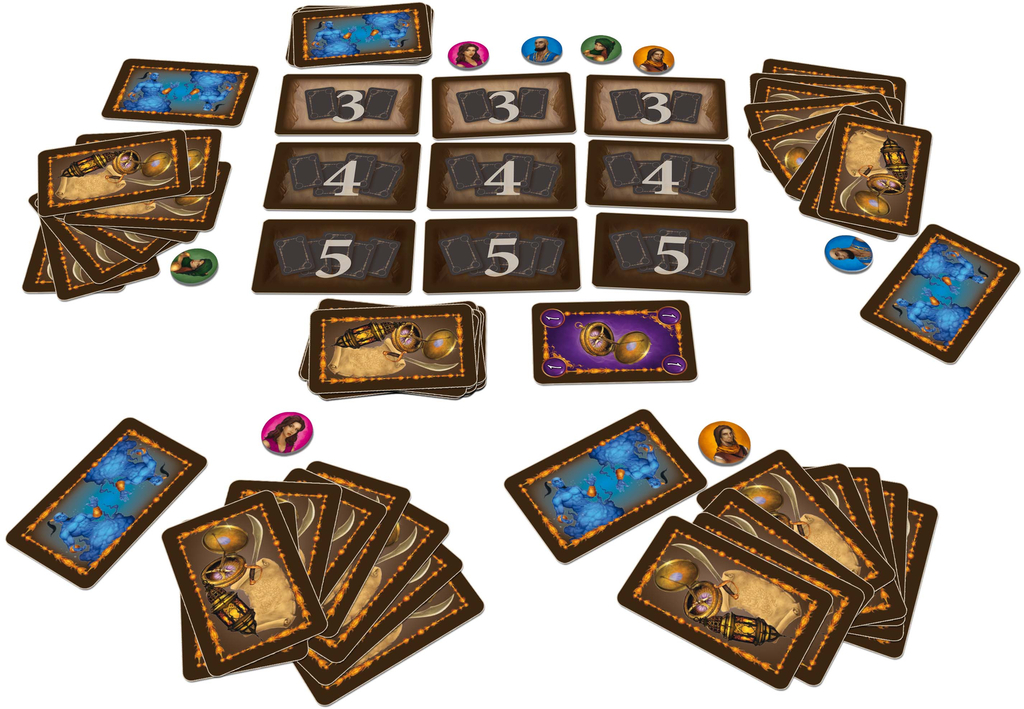 After each round, players check if they can discard captured cards to advance into the treasure cave. The cave is made up of three challenge cards, each requiring three, four or five cards. The first level of challenges might require discarding three cards summing to greater than 30, three cards of the same color or three cards in numerical order. If a player completes the challenge, they discard these cards and place their player token on the first challenge row, indicating they have completed that challenge. Other players gain additional djinn cards to give them an edge in the following rounds. Once a player has completed a three card challenge, they can attempt the mid level challenges which require four cards. In completing that, then move onto the five card challenges. The first player to complete a five card challenge wins the game! 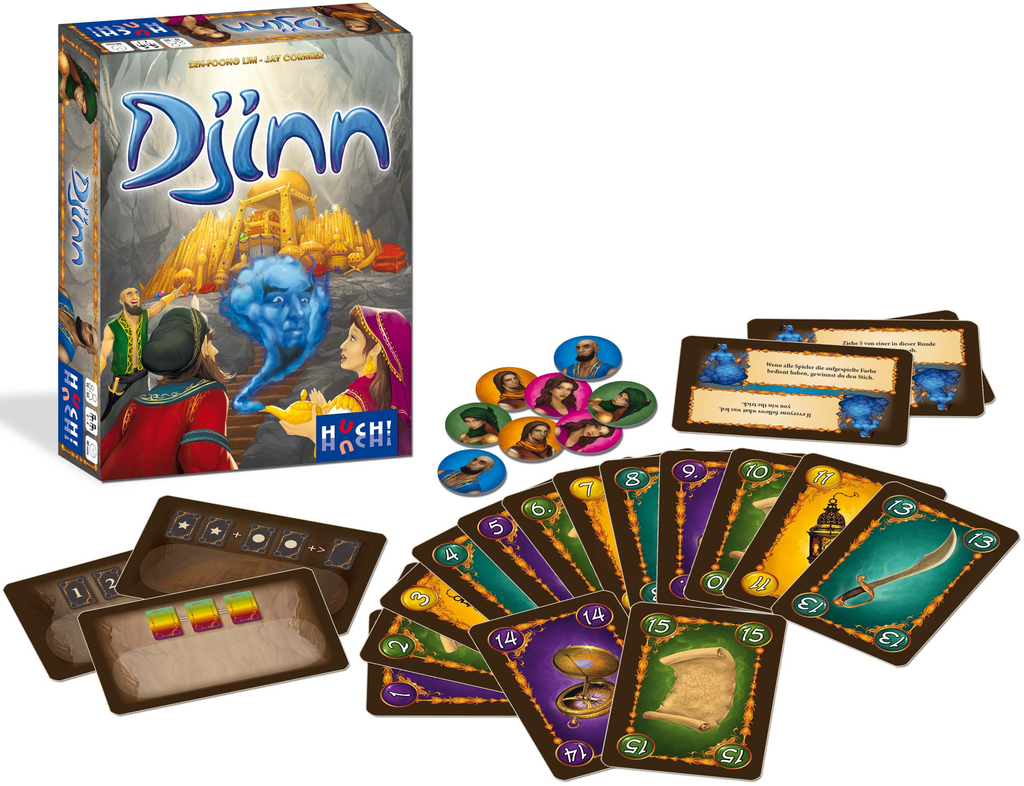 The treasures sparkle and glitter enticingly – everybody wants to unearth as many as possible from the treasure cave. But to do so, players first need to find the way to the treasures! Every trick you take shows you the way. But the Djinn can unexpectedly intervene; each player has the possibility of changing the course of the game by playing djinn cards. Who will be the first to enter the famous treasure cave?

~Just don’t touch anything but the lamp.