Pathfinder: Venture Beyond the Veiled Past 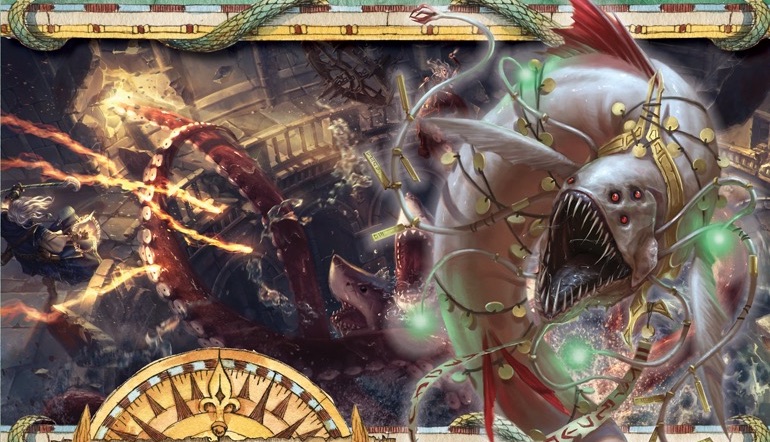 The Ruins of Azlant come to their thrilling climax in this final installment of the six-part Adventure Path. Ancient wars, unstable magic, and more await.

The thrilling conclusion to the Ruins of Azlant adventure path has it all. Ancient evils, a war with humanity that threatens to reignite and plunge the whole world into chaos. A sunken warehouse full of magical weapons waiting to go off–the final confrontation with the Veiled Master who has been lurking behind the events that have pulled the characters since day one of their expedition to Lost Azlant. This is it, the final confrontation… will the world fall, or be saved? Given what’s in your party, I’m betting the latter–though, for the same reason, I’m betting the survivors will envy the dead. 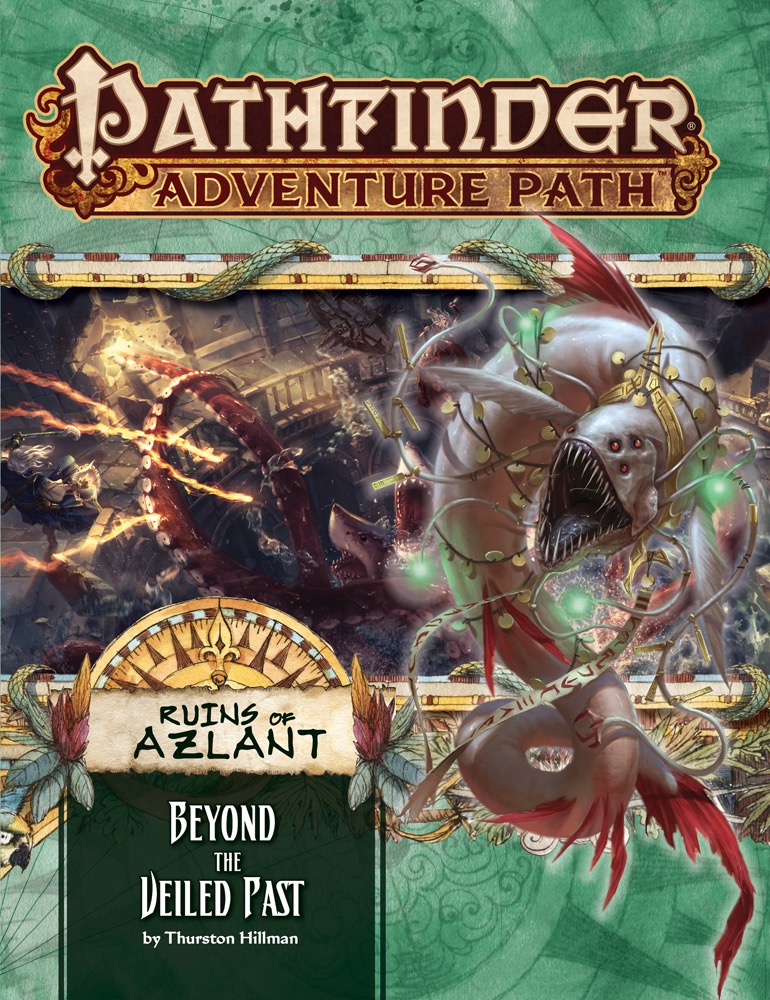 The insidious alghollthus who sank Azlant beneath the treacherous ocean in ancient times mobilize their forces even as the heroes close on their enemies for a final confrontation. After preparing their allies for the impending assault, the heroes must fight their way through the submerged ruins of an ancient weapons facility packed with dangerous guardians and unstable magic to stop their monstrous foe before the veiled master unleashes a devastating eldritch attack to reignite the war against humanity, plunging the world into chaos just as the alghollthus did when they brought Azlant to ruin so long ago.