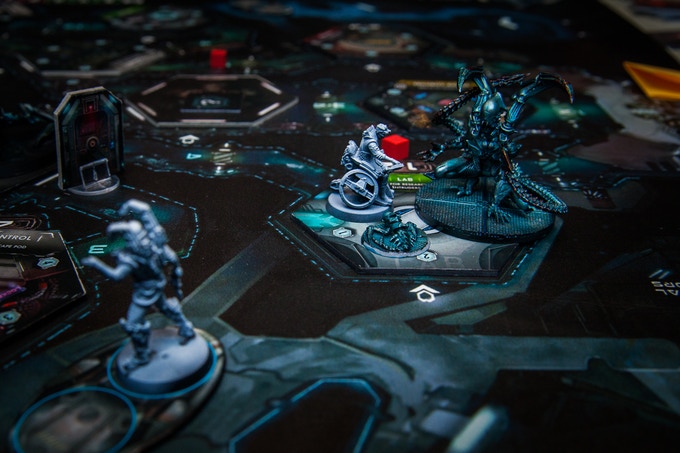 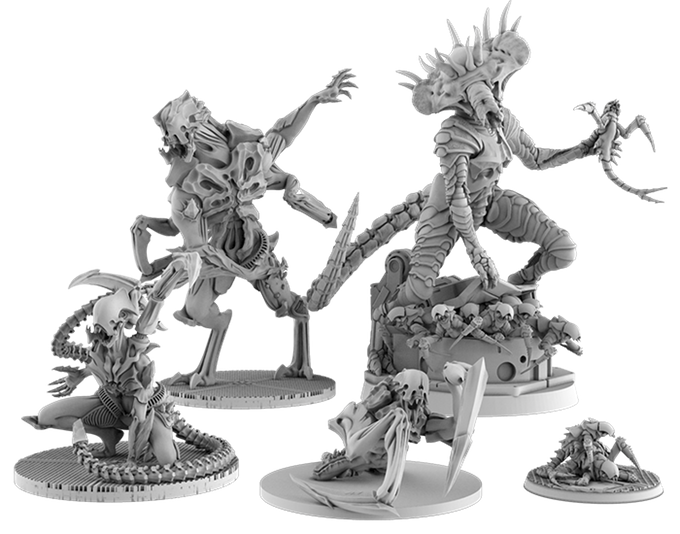 Before I get to this week’s highlights, I want to mention that the Kickstarter campaign for Rambo: The Board Game should be launching shortly after this article goes live. Be on the lookout for it.

HATE by Cool Mini Or Not 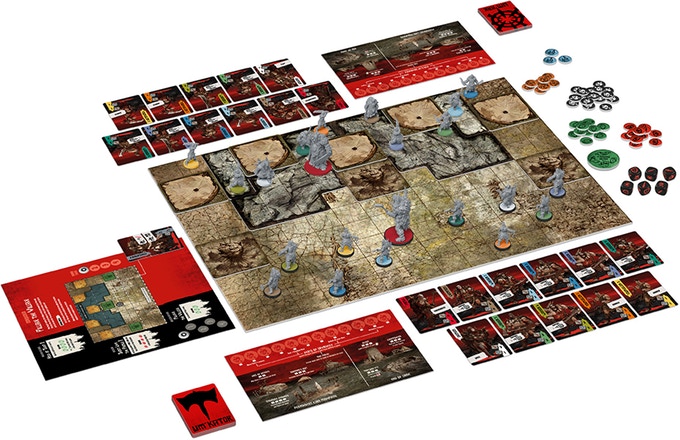 If you somehow missed the coverage of it so far, CMON has launched their first miniatures board game Kickstarter of 2018. HATE is based on the graphic novel (with emphasis on the word “graphic”) of the same name, and is being developed by the Zombicide team. In this campaign-driven skirmish game, players manage cannibalistic tribes of 11 miniatures in a brutal and primitive future long after the complete collapse of civilization. Raid rival tribes for resources to upgrade your camp and gain experience to improve your warriors. Each of your miniatures are precious resources in their own right, and its possible for them to be captured and consumed by rivals or suffer permanent injuries. The core game will set you back $120 and includes four playable tribes. There’s a few optional buys as well, mainly additional tribes and mercenaries.

The painting-service-turned-game-company Awaken Realms also returned to Kickstarter late last week with a new miniatures-based board game. Nemesis is a cooperative sci-fi horror game that takes more than a little inspiration from the Aliens franchise. Up to five players must work together to survive a xenos-infested derelict starship. Each player controls a unique crewmember with their own set of skills, deck of cards, and starting gear, and the classes are designed to complement each other’s play styles. The twist, however, is that each player is assigned a secret objective that they are trying to fulfill during the game, and these objectives will almost certainly clash with other players. This will create a dynamic where you have to work together, but can’t necessarily trust each other. Pledges start at £70/$98 for the core box. 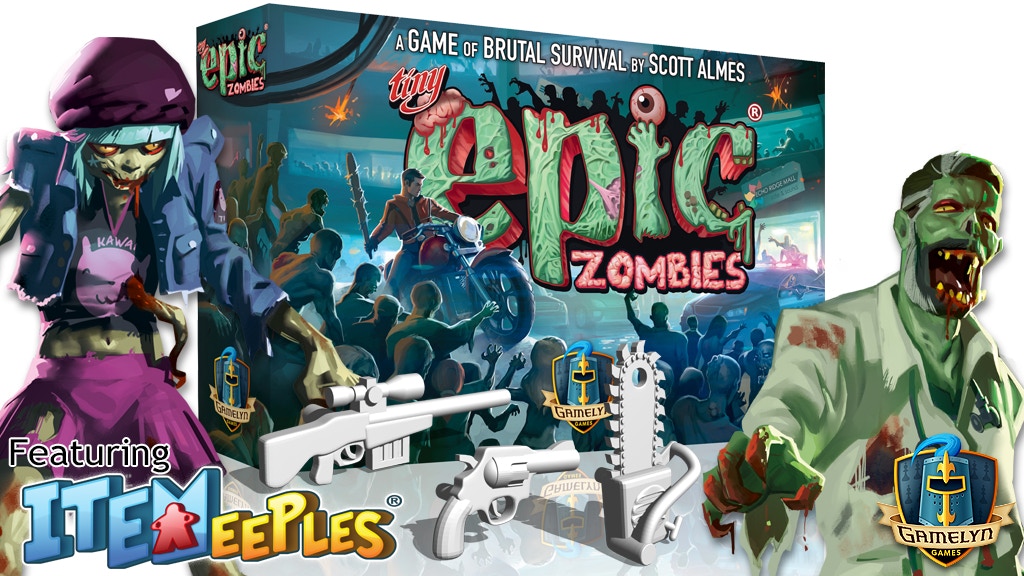 Tiny Epic Zombies is the latest addition to Gamelyn’s popular Tiny Epic series of small, portable, and inexpensive board games. Up to five players control either survivors or zombies following an outbreak of the undead at the Echo Ridge Mall. Gamelyn’s unique ITEMeeples make a return with a suitable arsenal of zombie-killing instruments, as well as vehicles that your Meeples can ride around in. There’s no player elimination in Tiny Epic Zombies. Should you die, you merely draw a new character, though the survivors have a limited number of times that they can do this. Dead characters come back as special types of zombies, ensuring that there is a penalty for dying even if you get to roll up a new character. In addition to the standard cooperative mode, the game also includes a versus mode where a team of survivors battle a zombie player, along with several variants of competitive deathmatch. The standard version of Tiny Epic Zombies is only $20, with a deluxe version available for $25.

Punga Miniatures is on Kickstarter with a Polynesian-inspired orc fantasy football team. In addition to the usual assortment of throwers, blitzers, blockers, and linemen, the team also includes the star player Moa and either a Whale Troll or Totem Troll as your big guy. You can get a basic team for €69/$84, with higher pledge levels available that include a full team and support staff.

This final campaign is actually a pair of games. Neanderthal and Greenland are two tableau strategy games that initially released several years back, and this campaign seeks to fund a new print run with improved components and tweaked rules. Both games allow gamers to play through pivotal moments in human evolution. Neanderthal is a three player game where players develop their tribe of Cro-Magnon, Homo neanderthalensis, or Homo heidelbergensis over several dozen generations, tweaking their behavior and traits to become the dominate species. Greenland is a four player game about the colonization of Greenland. In this one, players choose between the Thule, Sea Sami, Tunit, or Norse and attempt to establish a thriving colony in an unfamiliar environment. Each game is $29 individually, or $49 for a bundle pack. 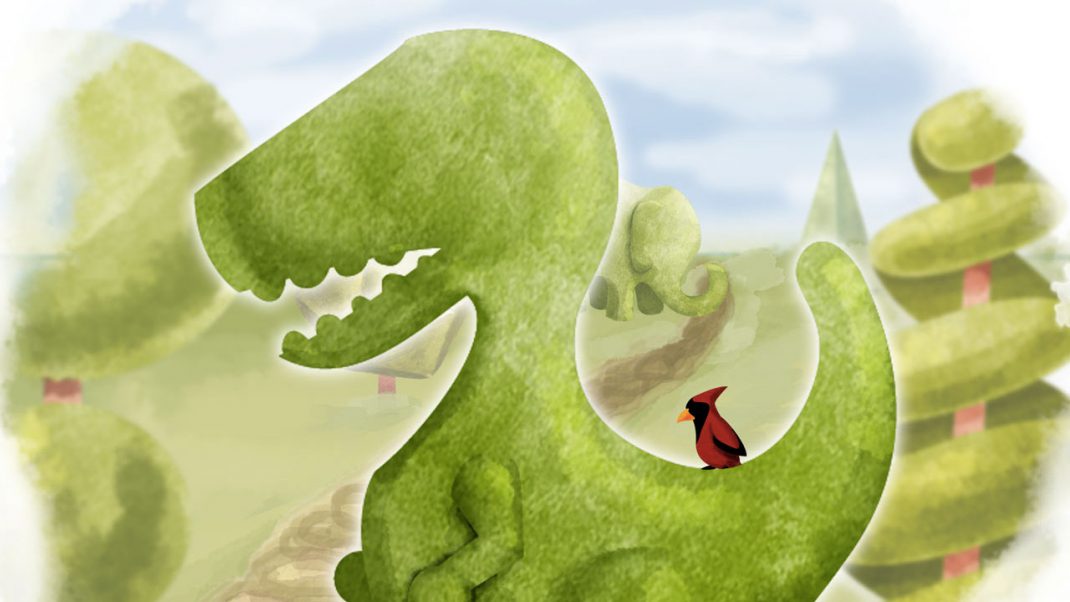