D&D BREAKING: Mordenkainen’s Tome of Foes Drops in May

Fresh off the internet, the next D&D Book is announced – Mordenkainen’s Tome of Foes.

Marathon is here! The codenamed product has been revealed, and has an official publication day. Announced on Twitch, and now seen around the web (we found a page appearing at Penguin Random House) the next supplement for D&D is Mordenkainen’s Tome of Foes. 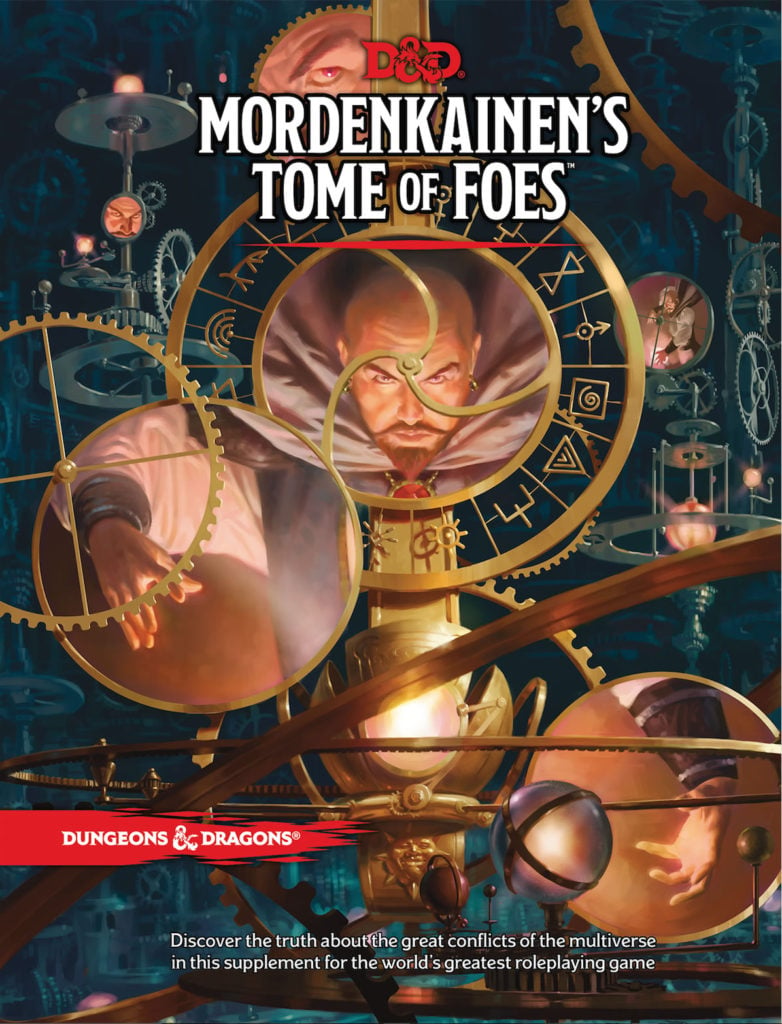 Look at him up there. He’s beautiful, very much shades of Ming the Merciless, much as we saw him in Mordenkainen’s Magnificent Emporium. He’s got a Planar Compass, as seen in the old Planar Handbook–which seems to fit more in line with something Planescape-oriented.

Discover the truth about the great conflicts of the D&D multiverse in this supplement for the world’s greatest roleplaying game.

This tome is built on the writings of the renowned wizard from the world of Greyhawk, gathered over a lifetime of research and scholarship. In his travels to other realms and other planes of existence, he has made many friends, and has risked his life an equal number of times, to amass the knowledge contained herein. In addition to Mordenkainen’s musings on the endless wars of the multiverse, the book contains game statistics for dozens of monsters: new demons and devils, several varieties of elves and duergar, and a vast array of other creatures from throughout the planes of existence.

All of the planar conflict type stuff starts to make a lot of sense. We know there’s a lot on the divine origins of orcs and elves and tieflings and mind flayers these days. There’s a lot of “Lore You Should Know” segments on the Dragon Talk that seem like they could be relevant, including:

I’m not saying that Modrons will be a player race here. But. I mean now that I’ve just said that…

At any rate, the book drops soon, and I am very excited to see what this means for the game. Volo’s Guide to Monsters changed everything for D&D, and now this one seems to come along and bring more planar stuff in it. I could see each plane having its own section in the book, with foes from around the planes highlighted in the lore, and then more monsters just sort of lurking around.

Whatever it actually contains (playable Modrons), we know there will be a delicious mix of narrative and mechanics, and I’m excited to see how this expands the game. What a way to kick off the weekend.