D&D: Geryon, Inevitables, and More in Mordenkainen’s Tome of Foes

In this preview of Mordenkainen’s Tome of Foes, you’ll find Maruts, Geryon, Astral Dreadnaughts, and more… come take a look!

Mordenkainen has been watching over the planes for untold years. As a protector of “the balance” Mordenkainen has a vested interest in making sure that the cosmos runs smoothly throughout the planes. This requires him to take the very long view of things–so much so that both good and evil are potential threats to the order of the universe. And in the latest preview of Mordenkainen’s Tome of Foes (the upcoming May release for Dungeons and Dragons), we get a look not only at some of the monsters and lore contained within, but inside the mind of Mordenkainen, thanks to Mike Mearls, Ben Petrisor, and Dragon+.

If you’ve picked up either of the Guides (Xanathar’s or Volo’s) that Wizards of the Coast has put out in the last year or so, you know that these books present players and DMs with lore and monsters and rules. But they are also packed with personality. Each one gives us an insight into the workings of the “author” and in this case, it’s Mordenkainen’s “balanced” viewpoint. That viewpoint colors the lore that’s packed into the book–and is the guiding principle for why the book is so focused on Planar Conflicts. These are the things that Mordenkainen is concerned with, so of course the kinds of monsters we see are the kinds of monsters who would be embroiled within these big picture conflicts.

You’ll find demons and devils, but more importantly you’ll find the context of how they fit into the cosmology of D&D so you can know how and why to use them as villains in your own campaigns. A particularly cool point from the article is that they want you to know what kinds of stories the monsters of the Tome of Foes are good at telling.

The book gives greater context as to their place in the multiverse, so players can gain a greater understanding of how you could run campaigns with them, and the type of stories they excel at telling. Multiple styles are explored through these creatures. From gothic fantasy to cosmic horror! I think players will be inspired by all the stories they can weave with these monsters.

We also get a look at how big the Tome of Foes is going to go. One of the goals they have is providing more high-level monsters in the game–and according to this preview article, at least half of the monsters are going to be challenge rating 10 or higher, with many of them being CR 20+.

“A lot of these monsters are very powerful,” says Mearls, “When they show up, it’s world changing. Part of that plays into the character of Mordenkainen, where those are the kind of threats he would want to study and understand, because he would be concerned about these threats to the balance.” 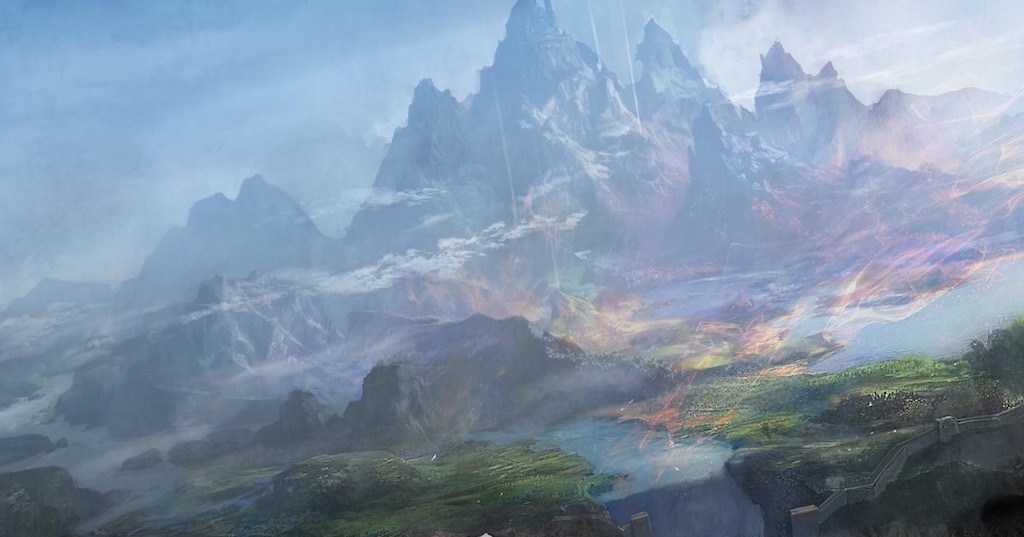 But the real important part of this book are the foes. After all, it’s not Mordenkainen’s philosophical ramblings–it’s the tome of foes. So let’s take a look at some of these foes. 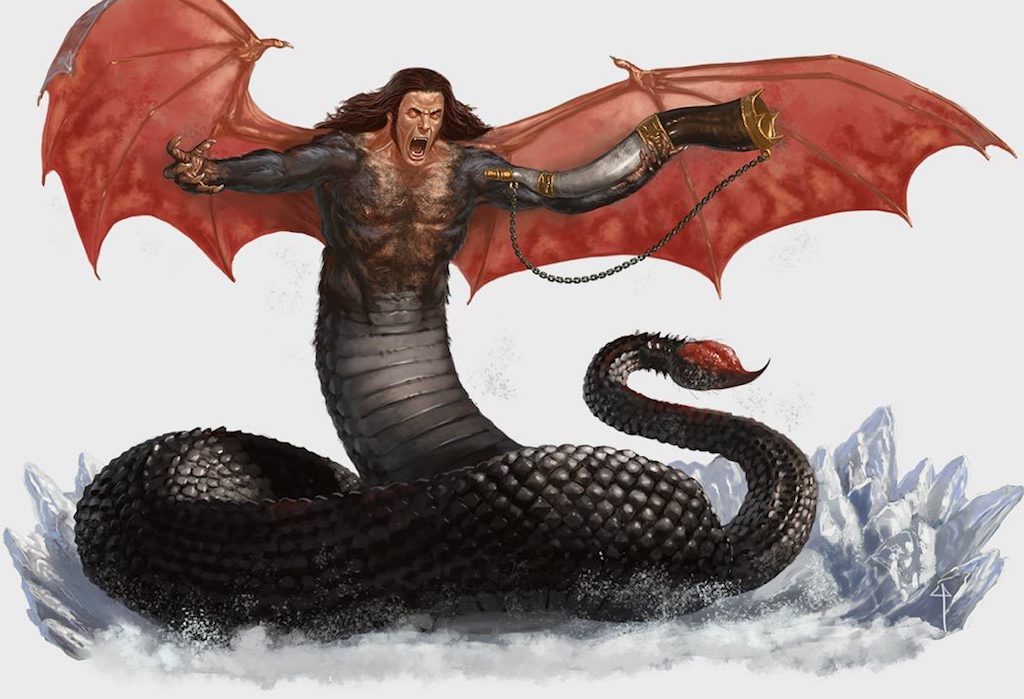 First up there’s Geryon, a deposed Duke of Hell. Former ruler of the fifth layer of the Nine Hells, Geryon has fallen from power but has been plotting to regain his former glory. Here’s what we know: 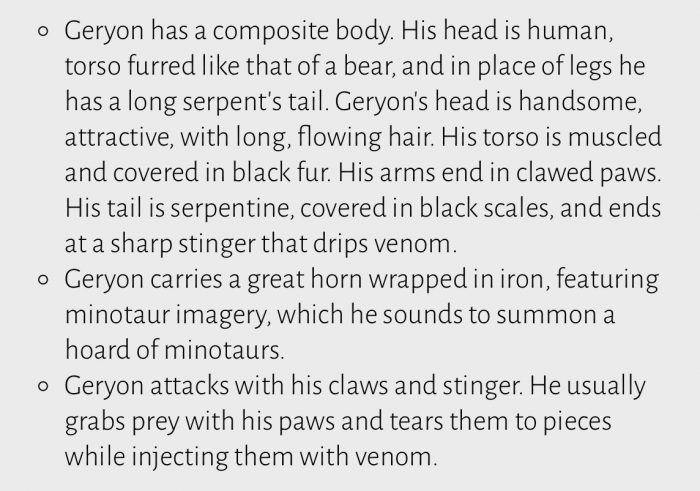 Then of course there are the Inevitables. These were originally a series of construct creatures that originated in Manual of the Planes back in the 3.x days. Inevitables were all concerned with a particular kind of cosmic transgression that they would hunt down and punish. Things like “The guilty should be punished,” “Bargains should be kept,” or “Everyone dies eventually.”

If an Inevitable showed up, that meant some kind of cosmic rule was being enforced. There were three kinds, Zelekhut, Kolyarut, and Marut. And of the three, we know for sure Maruts are appearing in Mordenkainen’s Tome of Foes. 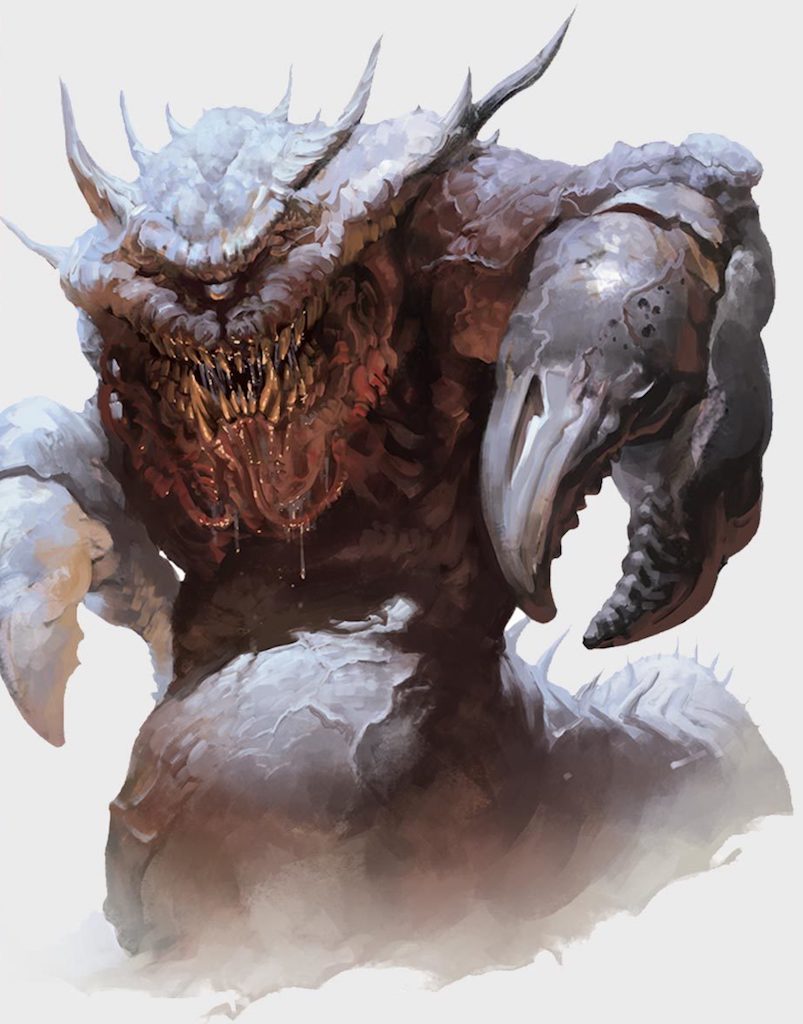 Finally we have the Astral Dreadnaughts. These are the massive all-destroying, all-devouring entities that roam through the astral plane, consuming whatever they can catch: 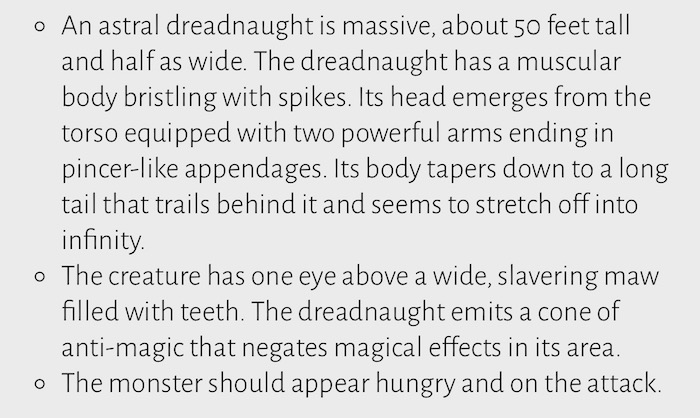 Anyway. You can check out the full article over in Dragon+, and you can find out more about Mordenkainen’s Tome of Foes as we get closer and closer to release date. In the meantime, this is all pretty exciting.