The Horus Heresy Goes Virtual with Betrayal at Calth 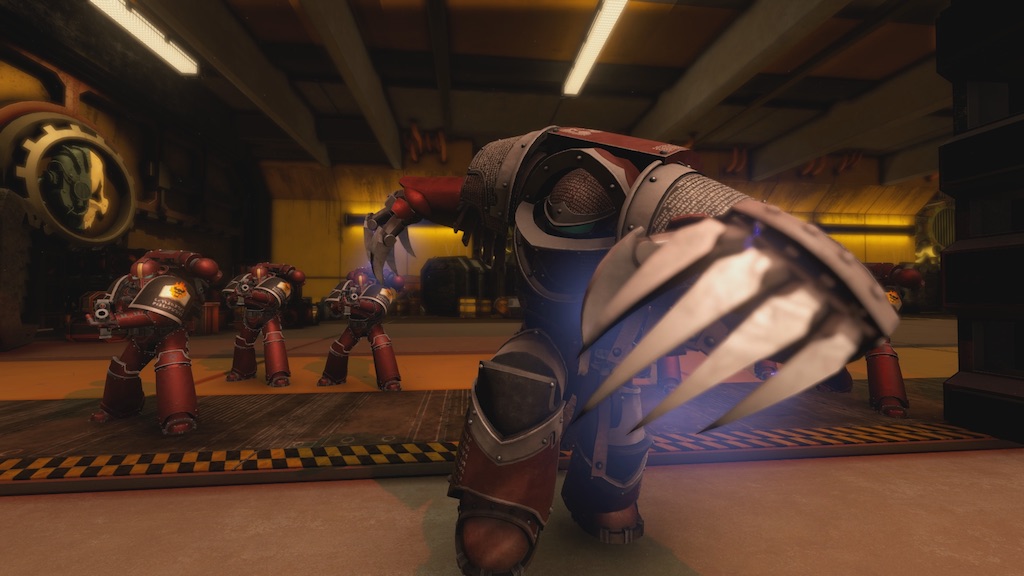 The Betrayal at Calth brings the Horus Heresy to your home in glorious virtual reality.

That’s right folks. We’re ripping a plotline straight out of an early nineties movie about computers and straight up living in that future. The Horus Heresy is invading the Virtual Realm. Betrayal at Calth brings the Ultramarines and the Adeptus Mechanicus into the digital realm, putting them in command of a lone Magos who is tasked with rooting out the source of corrupt data within the data stream–a corruption that turns out to be the work of the Word Bearers.

Lead the Ultramarines into battle on what they’re calling a human-scaled battlefield…and, if you don’t know why that’s incredible, check out the video below. Holy cow.

OAKLAND, Calif.  (Feb. 27, 2018) – Steel Wool Studios is thrilled to announce the release of The Horus Heresy: Betrayal at Calth, now live on Steam Early Access – the first Warhammer 40k game that challenges you to command Ultramarine Legionnaires and defend the Imperium in larger-than-life Virtual Reality.  Experience The Horus Heresy with an original narrative, characters and conflict from esteemed Black Library author, Rob Sanders.  Horus Heresy fans around the world can finally feel like they are really there and master the ultimate living battlefield in a “human-scale” interactive experience. 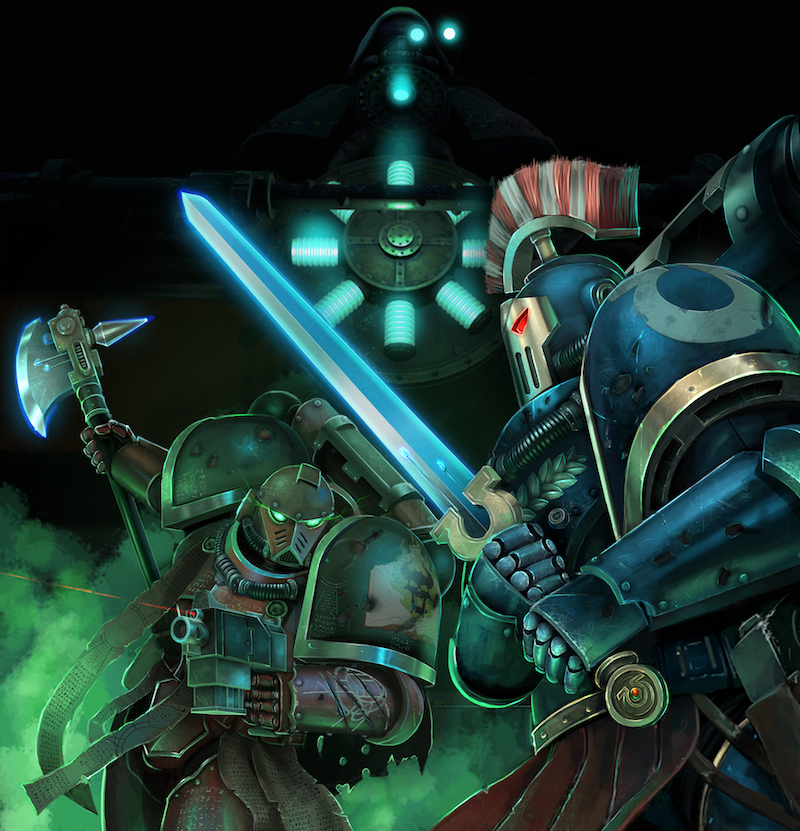 Set in the 31st Millennium on the planet of Calth, you play as Magos Ohmnal Sarc, a tech priest of the Mechanicus caught in conflict as Brother Legions of Space Marines take arms against one another.  When Sarc discovers corrupted data in the data stream, he must tactically command his unit of noble Ultramarines against a faction of traitorous Word Bearers.  Out-wit and thwart their devious plot to corrupt the Imperium and disrupt the future of mankind.

So, human-scale is the key here. This looks like a turn-based tactical game, kinda like an XCOM or the like. And this one comes with cross-platform support, as you’ve read. So you can play in the digi-realm of cyberspace, or be a console cowboy, jacked into the matrix from the safety of a keyboard and computer. That way the ICE doesn’t fry your neurons and leave you washed up staring at a wall while an AI that’s basically turned you into a functional puppet is off trying to get into the core of Freeside so it can merge with its twin.

It’s early access, so all the usual caveats apply. Here’s what you’ll get in the early access version: 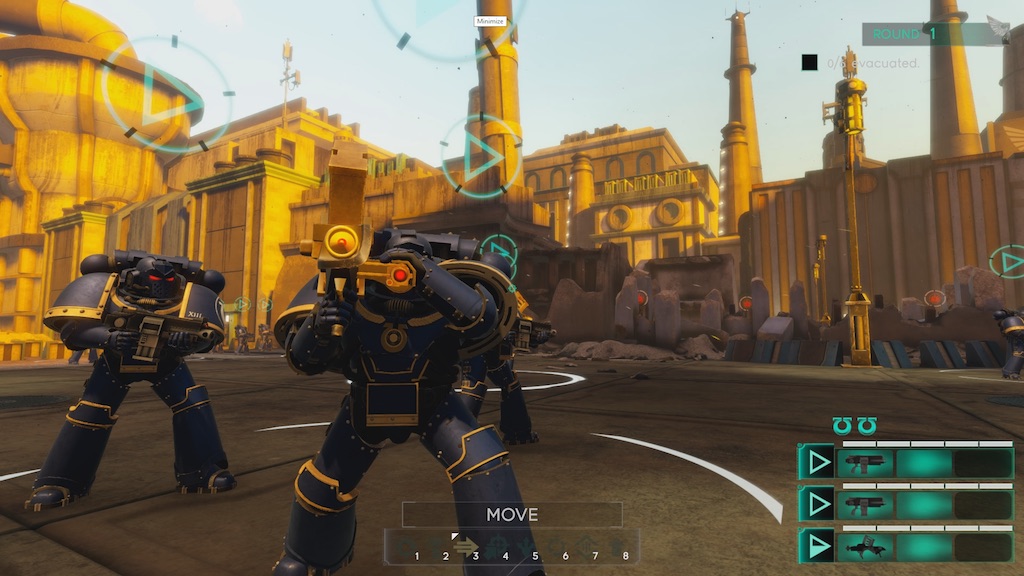 Early Access unfolds the devious initial chapter of a sprawling five-part campaign.  Single-player mode includes a five-map narrative where players control units of Space Marine Legionaries and guide them through the underground arcologies of Calth.  PvP Multiplayer has four maps and two play modes (Deathmatch and Objective Based).  Pick your side and play either as the Ultramarines or the traitorous Word Bearers.  Proceeding updates to include new chapters with new maps, weapons, abilities and units.

The Horus Heresy: Betrayal at Calth launches with a limited-time price discount of $24.99, a special 17% launch discount from the regular $29.99 price.  All players will have the option to play either in stand-up VR systems or on gaming PCs.  Supported systems at launch are HTC Vive and Oculus Touch.

As far as how this will play out? I am a huge fan of XCOM-esque games. Turn based tactical stuff is my jam, so I’m sold on this one already. Your mileage may vary–you’re always going to have the drop off of figuring out how the system works, and how it doesn’t. And it looks like the game is going to be limited for now (only 5 of 24 at launch), but more will be coming out along the way.

If you can get on board with watching the game shape up–with seeing the polish get added in (a touch that I feel always adds some ownership to my gameplay), then there’s a lot here. The VR experience, in particular is a huge draw. If you’ve never played a game in VR, this might sound crazy. Because you think, “Oh this is a VR game, I’ll be ‘in it’ or whatever.” But then you’re in it. And it’s transportive. VR is amazing folks–and if you can get in on this, I think it’ll be a fantastic exploration of that galaxy. So. Definitely going to be checking this one out. 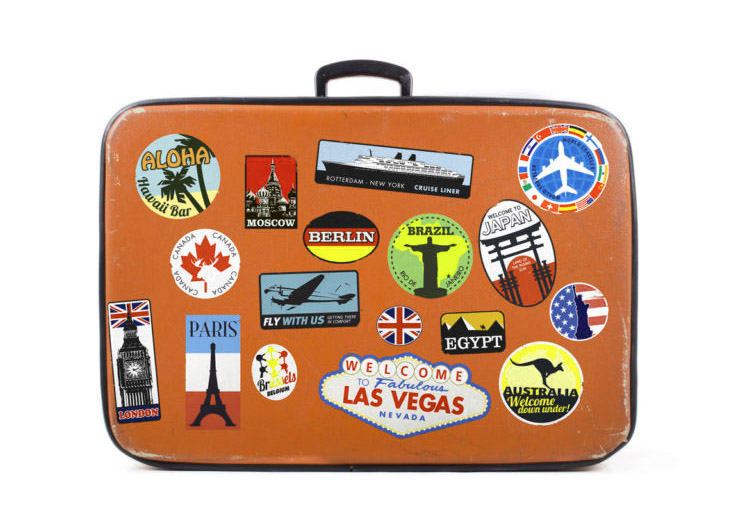