As Lord Drakkhar plots his Blood Crusade…the Imperium stirs in response to the awakening threat.

Word of Drakkhar’s impending attack has spread and across the sector the forces of the Imperium gather.  Aboard the Strike Cruiser Fist of Ultramar Captain Arnold and his forces make all speed towards the muster point. Yet travel in the Engimus Sector is rarely uneventful. Halfway though their journey the Ultramarines find themselves under sudden attack by Eldar forces. Outgunned by the mighty Spear of Khaine the Sons of Ultramar can do little but brace themselves as Eldar boarders swarm into the ship. As eerie howls fill the corridors of the Strike Cruiser Captain Arnold leads a counter attack to drive the enemy back and thus allow the ship to continue on its way.

Tabletop Gallery: "40K or Age of Sigmar - You Decide" 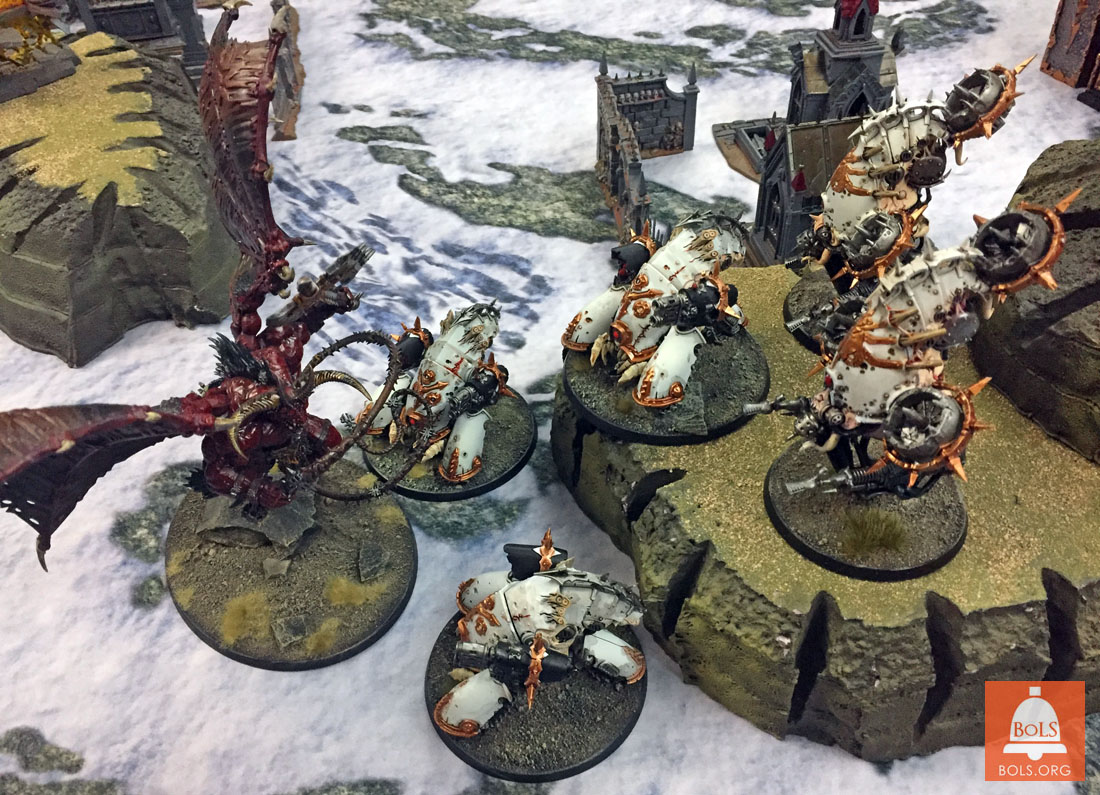