Drow are the sneaky treacherous elves that everyone loves to pretend like they hate to play. Come learn about them.

Continuing in the line of discussion about Elves and their Fall from Arvandor, Jeremy Crawford is back this week with a discussion about the lore of the Drow. Tempted by Lolth, these elves basically followed her all the way over the edge, and if she had succeeded in her scheme to overthrow Corellon Larethian, the Drow might look very different today.

As you can see, the Drow instead were cast out as far as is possible from Arvandor. They were cast, literally, into darkness. And deep beneath the earth the drow founded their own civilization, shaped and influenced by Lolth. And it bears out to be as evil as you’d expect. They are all about slaves and demons and trying to eke out what power they can, and as Crawford points out, a big part of the narrative appeal of playing a Drow is in the tension with this society and being a good/heroic individual.

That’s one of the big conflicts to the Drow–they are of course at conflict with the regular Elves, but they are also in conflict with themselves. Their society is very lawful evil and twisted and byzantine in its politics and plots. That sort of society might breed all kinds of rebels and revolutionaries–which makes sense, Elves, in general tend to be chaotic. 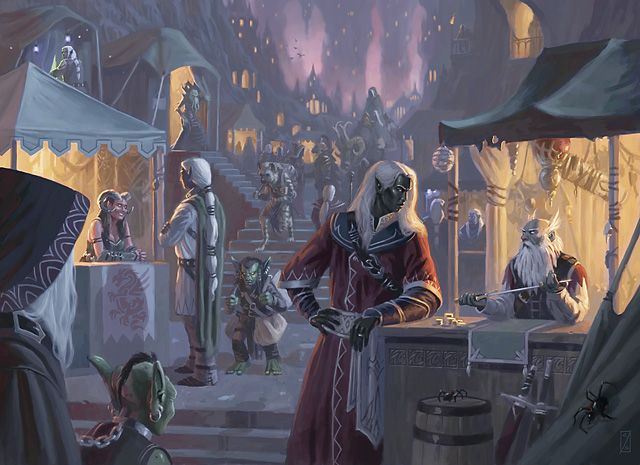 Which makes sense, given their origins as these semi-formless divine beings that had mutable forms which still is carried through in the “blessing of Corellon” explained in the PHB and expanded in this video (and presumably also Mordenkainen’s Tome of Foes).

So that’s all the story stuff–but let’s take a look at some of the monsters teased. We know that the Tome of Foes is all about high challenge monsters, and here are a couple of teasers. There’s the Drow Matron Mother (who sounds like a legendary monster), and the Arachnomancer, and the Favored Consort–of those three I’ll be you can guess which one is the best already.

At any rate, that seems to be the last bit of perspective on the story of the Elves (at least until they decide to talk about the Avariel and Sea Elves)–I’m hoping that next we see a little more on the Blood War or the Gith in the coming weeks.

Dark Elves, not to be confused with dork elves, the lesser discussed, but distressingly more populous elven subrace.

Author: J.R. Zambrano
Bell of Lost Souls Staff Writer and DM, J.R. covers RPGs of all stripes and on occasion eats sandwiches. You can ask him about either at [email protected]
Advertisement
Lore RPGs Tabletop News Wizards of the Coast
Advertisement 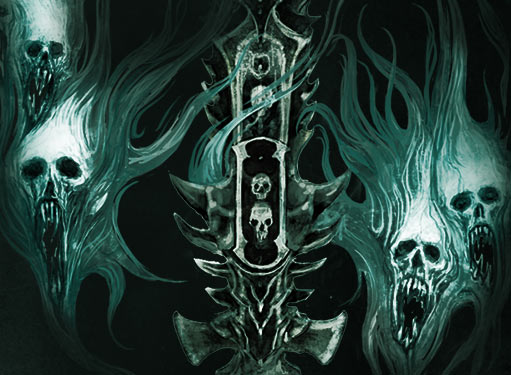