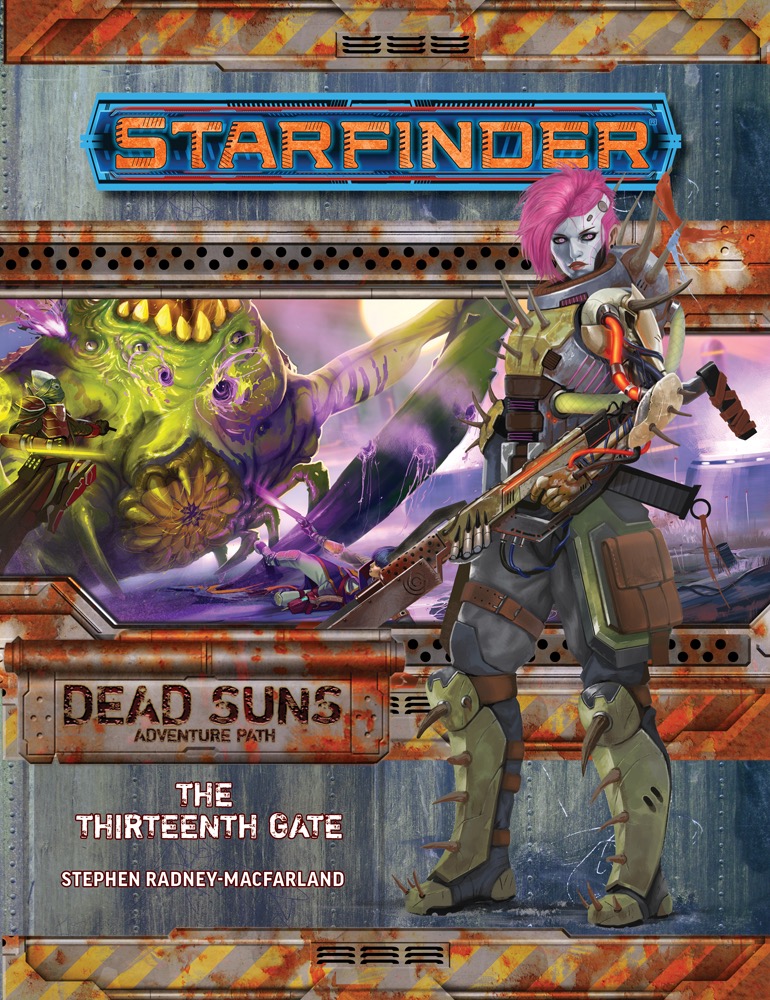 The Devourer Cult prepares to open a gate of stars into a dread realm.

A Place in the Suns

The heroes journey deeper into the Vast to find the Gate of Twelve Suns, an alien megastructure consisting of a dozen stars arranged in a perfect circle. However, members of the Cult of the Devourer precede them, and the heroes must contend with the cultists for control of the alien technology found on the single planet orbiting each sun. Only by defeating these foul marauders can the heroes keep the superweapon hidden here out of the wrong hands—though the destructive zealots are far from the only threats found in the system.

Megastructures and ancient secrets that span aeons? Where do I sign up?